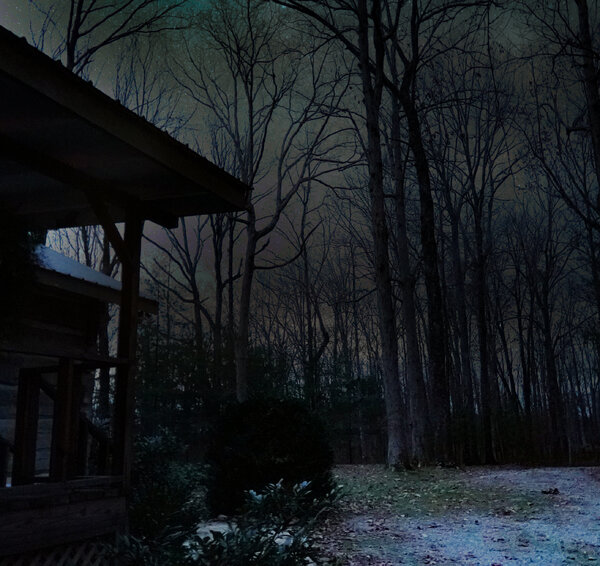 Ms. Renkl is a contributing Opinion writer who covers flora, fauna, politics and culture in the American South.

NASHVILLE — “More light!” the German poet Goethe famously called out on his deathbed. This is a rather loose translation of his actual final words — “Open the second shutter so that more light may come in” — but never mind that. After the year we’ve just endured, we recognize Goethe’s urgency. Feeling the darkness descend, we beg for more light.

Ours is both the literal darkness of December and the metaphorical gloom of the Dark Ages: permeated by ignorance, animated by inchoate fears and tribal loyalties, enforced by violence. This darkness attempts to extinguish the light of science, of art, of freedom. It wants to smother truth itself.

The dark year began with a violent assault on the American Capitol by Americans inspired by the sitting American president. Their goal: to keep the Republican Party in power against the wishes of the majority of American voters. The Republican Party itself has furthered this goal through their unfettered gerrymandering of voting districts, their accelerating suppression of voting rights and their unceasing efforts to ostracize Republicans who refuse to cooperate with the ever-expanding coup.

The year 2021 also began in the midst of a raging pandemic, a public health crisis that might have been transformed into a national triumph if only the vaccines, heroically developed at a speed unseen before in human history, had been embraced by a nation eager to protect its most vulnerable citizens. Instead, too many Americans have refused to take the shot. Too many have refused to wear masks, to keep their distance from strangers, to demonstrate any capacity for teamwork, much less for altruism.

How much more darkness could one year bring?

I think of Goethe’s words every year at this time. Tuesday marks the winter solstice in the Northern Hemisphere, the astronomical first day of winter and the longest night of the year. After Tuesday, there will be more light in the sky. For me the day has always held a promise: No matter how much darkness there is, light always comes.

Because of autumn’s golden light, my favorite season is fall, but this was the most troubling autumn yet in my climate-troubled yard in Tennessee. My great-grandfather’s rambling rose, which in the right order of things blooms only once each year, put out a feeble new set of blooms in November. The neighborhood azaleas were in their glory again fully six months out of season. Hollies were covered in blooms and berries at the same time. The bluebirds kept going in and out of the nest box, in and out, confused by the mixed signals. Light was telling them that winter was coming. Warmth was telling them they might have time for one more clutch of eggs.

They did not have time.

I know people who welcome darkness, who have always welcomed darkness. My brother, the collage artist Billy Renkl, is working on a series of artworks based on the canonical Book of Hours. To prepare for the collages centered on Compline, the night prayer, he checked the website of the International Dark-Sky Association to find the darkest place within a day’s drive. When he got there, he spent all night lying on the hood of his car, looking at stars.

But I turned 60 this year, and for the first time in my life I have started to look for the gifts of darkness. Waiting impatiently for another time to come is a young person’s game. Mortal creatures can ill afford to live for the future. Instead of looking restlessly for the light, sometimes it helps to settle into the darkness. Could it be that a metaphorical darkness offers its own pinpricks of light? Could it be that this darkness can point us, if we are vigilant and if we are patient, toward a better way?

I think of Jimmy Finch, the Tennessee man who drove his smoker to Mayfield, Ky., after the tornadoes hit earlier this month. From the back of his pickup truck, Mr. Finch fed folks hot meals on paper plates, for free. “I’m just here because not everybody has money,” he told Kim Bellware of The Washington Post. “But people want food; people need food.”

I think of how the Southeast, this cussed, change-resistant place I’ve called home for all my life, is already equipped to shift its entire energy output to renewables by 2035, according to a new report by the Southern Alliance for Clean Energy. “It is absolutely possible to get to 100 percent clean electricity, and we even have options to how we get there,” Maggie Shober, a researcher at SACE, told Caroline Eggers of WPLN.

I take comfort from the prominent conservatives, too many to name, who repudiate what is happening in the Republican Party. I believe with all my heart that still others are poised to rise up in the year to come, willing to sacrifice their own careers for the sake of preserving American democracy.

On the night of the last new moon, my husband and I borrowed our dear friends’ cabin perched at the very edge of Lost Cove, one of the darkest places in Tennessee. We were later leaving town than we’d hoped, and it was full dark, darker than any darkness at home, by the time we reached the top of the Cumberland Plateau and rattled down the gravel drive through the bare trees of a cold forest. After we unloaded the car and walked the dog, I opened a book in the cozy cabin. My husband headed out to the bluff.

Within seconds, he was back inside, jubilant, to report that the sky was full of stars. “Come look at the Pleiades!” he said. “I haven’t seen the Pleiades in years!”

That night, fog filled up the cove. Come morning, a cloud would engulf the cabin, and rain would fall on the metal roof. But for a few hours, the night sky was full of light. So much light, even in the darkest cove of a dark winter forest. And soon there will be more light.

Margaret Renkl, a contributing Opinion writer, is the author of the books “Graceland, at Last: Notes on Hope and Heartache From the American South” and “Late Migrations: A Natural History of Love and Loss.”