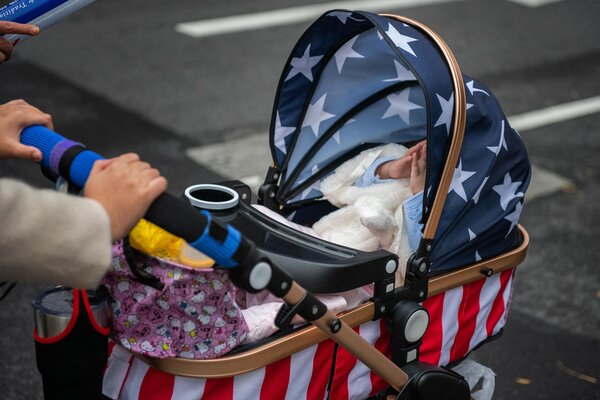 Mr. Hammond researches and writes about policy and politics at the Niskanen Center.

The expiration of the child tax credit expansion late last year sent an estimated 3.7 million children back into poverty and undermined the financial security of millions more. With the rising cost of living squeezing family budgets, the expiration of the credit could not have been more poorly timed.

Research has shown that the program, which provided families with monthly payments worth $250 to $300 per child, led to dramatic declines in food insecurity and helped parents offset the costs of school closures.

Democrats tried to extend the program on their own, but the effort fell to an intraparty squabble. There is the possibility of a new approach — and one that has a surprisingly strong chance of working. Democrats can work with Republicans on a bipartisan child tax credit expansion as the most viable path forward. A similar approach worked for infrastructure, and there are plenty of reasons to believe it can work again.

A key obstacle to the Democrats’ attempt to expand the child tax credit alone was Senator Joe Manchin’s insistence that the monthly child benefit include a work requirement. Democrats chose not to compromise on that condition; they also ignored the option of expanding the program on a bipartisan basis. If persuading Mr. Manchin was hard, the thinking was, then convincing 10 or more Republicans to cross the aisle would surely be impossible.

But that assumption may be wrong. Consider that in 2021 Senator Mitt Romney released a child benefit proposal of his own, the Family Security Act. That proposal was more generous than the child credit from President Biden and earned praise from across the political spectrum, including an array of conservative policy analysts and thought leaders. The proposal also inspired conservative interest in child benefits more generally, from Senator Josh Hawley’s Parent Tax Credit to the proposal for a Family Income Supplemental Credit from American Compass, a conservative think tank.