Public safety, national security and the rule of law are among the incantations the Trump administration likes to chant when rolling out one of its deliberately and pointlessly cruel immigration policies. It evidently hopes that repetition will somehow insulate its actions from public or judicial scrutiny.

President Trump’s newest proclamation, made public on Friday, is yet another expression of this tactic. This time, Mr. Trump’s claim is that what’s happening hundreds of miles south of the United States-Mexico border “has precipitated a crisis” requiring extreme measures.

The latest rule enacts a wholesale, 90-day entry ban on any person trying to seek asylum at a place other than a port of entry. Requesting asylum anywhere else — say, after being captured crossing the Rio Grande — “would be detrimental to the interests of the United States.”

What interests, you might ask, and what crisis? The American border is not being overrun by asylum-seekers. Yes, the number of people applying for asylum has nearly doubled in the past two years, but apprehensions for illegal crossings remain far below historical highs. The United States has clear laws governing the asylum process and well-funded agencies to enforce those laws. There may well be a resource problem to process and adjudicate all outstanding asylum claims, but that does not a crisis make.

Since shortly after World War II, the United States has prided itself on being a refuge for those fleeing war or persecution of many stripes. Asylum protections arose from that commitment, giving rise to the complex web of statutes governing the process now faced by those presenting themselves for sanctuary.

According to Mr. Trump’s new proclamation, this “limited suspension” is necessary because of the migrant caravan traversing through Mexico en route to the southern border. “I therefore must take immediate action to protect the national interest,” Mr. Trump said, “and to maintain the effectiveness of the asylum system for legitimate asylum-seekers who demonstrate that they have fled persecution and warrant the many special benefits associated with asylum.”

The president’s newly installed acting attorney general, Matthew Whitaker, weighed in as well, suggesting that the asylum system is broken and that the president is simply trying to fix it: “The vast majority of asylum claims that originated from this system are not meritorious.” After the 90 days, the secretaries of state and homeland security and the attorney general are supposed to inform the president if the ban should be lifted or extended.

If Mr. Trump’s new ban sounds familiar, that’s because it rests on the same section of the immigration code that he relied on when he moved, in the dawn of his administration, to stop citizens from Muslim countries from traveling to the United States. After a lengthy legal battle, the Supreme Court upheld the president’s authority under the statute to issue such a ban, but not before the administration suffered defeat after defeat in the courts — each forcing officials to go back to the drawing board to create narrower, more circumscribed restrictions.

This time around, the administration seems intent on limiting its legal exposure by issuing an interim final rule making the case for why the asylum ban is needed and soliciting public comments. Under the Immigration and Naturalization Act, the government may issue regulations imposing “other conditions or limitations” on asylum, so long as the new rules are “not inconsistent with this Act.”

Which is not to say this new regulation is legally sound. As it stands, federal asylum law is unambiguous: Any person who is either “physically present” or “arrives” in the United States, no matter if said person arrived “at a designated port of arrival” or not, is entitled to apply for asylum. Desperate migrants, many of them fleeing violence or persecution with their families, cannot be expected to know the new rule Mr. Trump has imposed — only that asylum, as a matter of international law, may be within reach once they touch American soil. The president can’t, with the stroke of a pen, disregard people with credible asylum claims who don’t present themselves at a port of entry.

By issuing the ban and ensnaring those who don’t comply with it, the administration is clearly aiming to deny people largely from the Northern Triangle — Guatemala, El Salvador and Honduras — an opportunity to make their case for asylum and instead put them on a fast track to deportation. Many of them, in fact, have humanitarian reasons to flee their countries and seek shelter in the United States. Shutting off one avenue for them to do so and redirecting them to official border crossings will only lead to greater backlogs and discourage claims with real merit.

In anticipation of court challenges — the American Civil Liberties Union on Friday announced the first lawsuit over the proclamation — the Department of Homeland Security has published a tipsheet trying to soften the blow. There we’re told that Mr. Trump’s proclamation is not just lawful but also constitutional, relying on the same misguided Supreme Court case that eventually blessed Mr. Trump’s entry ban on Muslim travelers.

Like Mr. Trump’s wasteful, needless deployment of thousands of active-duty troops to the border, the asylum ban works more or less like an imaginary wall: a substitute for the physical wall that even unified control of Congress could never give him. And that a Democratic-controlled House never will.

Mr. Trump may have left some with the impression that, once the midterms were over, he had no more use for the caravan of Central American migrants that he had fantasized about to frighten his supporters to the polls. But like the Muslim ban, which was also gestated in a political contest, the one that elected him president, Friday’s asylum ban demonstrates that Mr. Trump’s nativist impulses are guides not just to his campaigns but also to his governing.

He creates nonexistent threats, generates manufactured fears and prepares exaggerated responses, all leading to a erosion of the rule of law, to feed more fears. 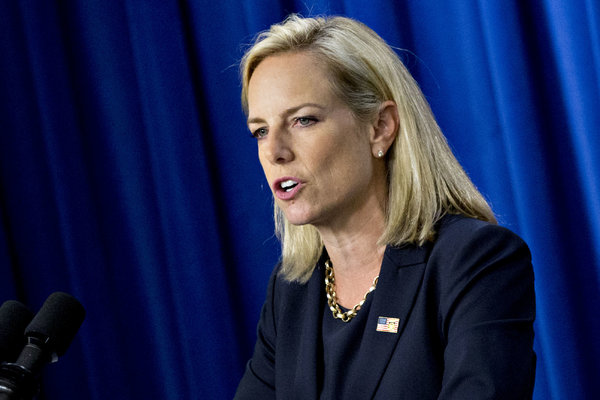 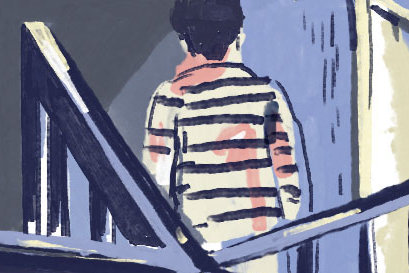 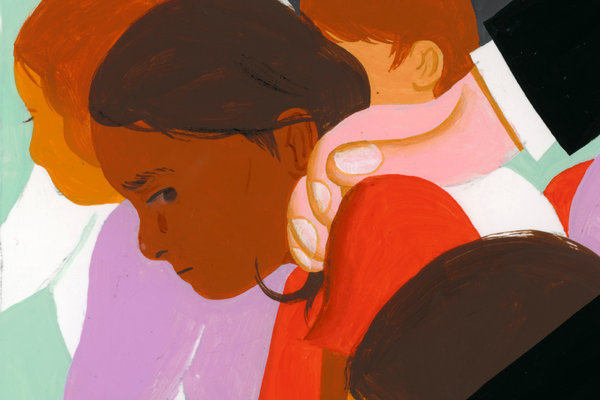