I really wrestle with this question: What is the worst thing about President Trump’s approach to foreign policy? Is it that he is utterly amoral or that he is such a chump? Because the combination is terrible — a president who is an amoral chump is the worst thing of all. He sells out American values — awful enough — but then gets nothing of value in return.

Trump presents himself as a tough, savvy deal maker, and then he lets all these leaders play him for a sucker. The word is out on the street: “Hey, guys, get in line! Trump is giving away free stuff! Just tell him you’re fighting Iran or the Muslim Brotherhood or that you’re a friend of Sheldon Adelson’s, and you get free stuff!”

Last May, Hanukkah came early for Israel when Trump moved the U.S. Embassy from Tel Aviv to Jerusalem — a dream of every Israeli prime minister — for free! Trump could have gone to Bibi Netanyahu and said: “Bibi, here is the deal. I am going to make your dream come true and move the embassy. But in return you’re going to freeze all Israeli settlements in the heart of the West Bank.” Then Trump could have told the Palestinians: “You’re not going to like this. I’m moving the U.S. Embassy to Jerusalem. But I am getting you something no American president ever got you — a freeze on Israeli settlements beyond the settlement blocks.”

Instead, Trump gave the embassy move away for free. Well, I shouldn’t say that. He got millions of dollars in donations for the G.O.P. from right-wing Jewish megadonor Sheldon Adelson — who lobbied for the move — and warm applause from evangelicals. So Trump got something, but America got nothing.

Now Christmas has come early for the Saudi crown prince, Mohammed bin Salman, in the form of a get-out-of-jail-free card for his involvement in the murder of moderate Saudi journalist Jamal Khashoggi in the Saudi Consulate in Istanbul. Khashoggi was killed by a Saudi hit team, which then reportedly sawed apart his body and dissolved the pieces in acid.

The Saudis claim this was a rogue operation that just happened to include key guards and aides of the crown prince. Attention: There has never been a rogue operation by the closest aides and guards of a Saudi leader in the history of Saudi Arabia. Not possible. This is an absolute monarchy. This was ordered from the top.

But because one cannot absolutely prove M.B.S. ordered it, Trump has chosen to give M.B.S. a pass, using the same language he did with Russian President Vladimir Putin, who is another recipient of Trump’s free stuff. When U.S. intelligence agencies declared that Putin interfered in our 2016 election, Trump said Putin told him that he didn’t do it. Putin’s regime got a slap on the wrist — a few sanctions — but nothing remotely as damaging to him as his intervention in our elections was to us.

And what did the American people get? Nothing — except a lecture from Trump about why we need Russia’s help around the world. Again, though, Trump personally may have gotten something. More silence from Putin on what he knows about Trump’s finances or other escapades?

As for the Saudis, Trump issued an official statement Tuesday: “King Salman and Crown Prince Mohammed bin Salman vigorously deny any knowledge of the planning or execution of the murder of Mr. Khashoggi. Our intelligence agencies continue to assess all information, but it could very well be that the Crown Prince had knowledge of this tragic event — maybe he did and maybe he didn’t!”

Trump could have told M.B.S.: “I know this came from you. And so you’re not getting a free pass. For starters, you’re going to let every one of these women driving activists that you’ve arrested out of jail; you’re going to announce an immediate, unilateral cease-fire in Yemen — let the Iranians and Houthis have it and we’ll side with you if they attack from there. You’re going to end this stupid blockade of Qatar, and I expect you to keep taking steps to moderate Saudi Islam and ensure that Salafi-jihadist ideas are not exported to any mosque or madrasa from your country ever again.”

Instead, Trump gave M.B.S. a pass on Khashoggi’s murder for the promise of future arms purchases — “the Kingdom agreed to spend and invest $450 billion in the United States,” said Trump.

That may be the most crass giveaway of U.S. principles by any president in American history, especially when you consider that the Saudis are unlikely to spend even a small fraction of that, and it would not be in our interest or theirs if they did. But even if they did buy so many arms, what is the intangible damage to our moral standing all over the world from such a grotesque blood-for-money transaction?

Tell me that the Saudis decided to buy $450 billion worth of American university scholarships for their young people, or import $450 billion in Western education programs and technical colleges for the whole Arab world, and I might feel differently.

Iran and Saudi Arabia are both behaving awfully — just in different ways and places. It is true, though, that a lot of people have given Iran a pass in recent months because it is anti-Trump and anti-Israel, while the Saudis have become pro-Trump and tacitly aligned with Israel.

Did you know that, according to Reuters, on Sept. 28, four days before Khashoggi was murdered in Istanbul, “Danish police shut two major bridges to traffic and halted ferry services from Denmark to Sweden and Germany” — cutting off Copenhagen from the rest of Denmark and causing massive traffic jams — “in a nationwide police operation” intended to prevent an attack by an Iranian government agent on an Iranian Arab exile living in Demark? Denmark recalled its ambassador from Tehran over the incident.

Did you know that on Oct. 2 — on the same day Khashoggi was killed — the BBC reported that “French officials say Iran’s ministry of intelligence was behind a plot to bomb a rally of Iranian opposition groups in Paris in June. In a statement, the French government said it had frozen the assets of two senior Iranian officials”?

Rather than choosing between bad allies and bad enemies, we should be working frantically to do the one thing that is in our whole country’s security interest, financial interest and moral interest — launch a Manhattan Project to get America off oil by 2025. 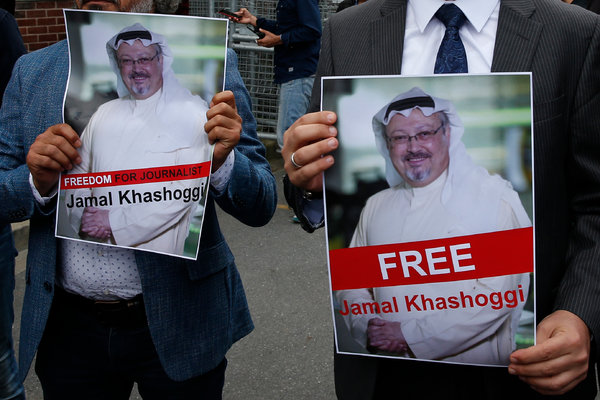 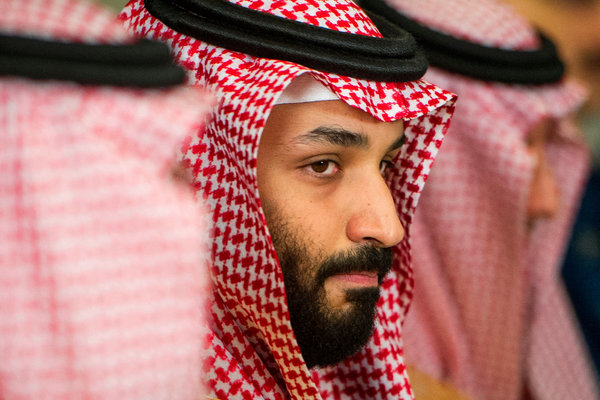 Thomas L. Friedman is the foreign affairs Op-Ed columnist. He joined the paper in 1981, and has won three Pulitzer Prizes. He is the author of seven books, including “From Beirut to Jerusalem,” which won the National Book Award. @tomfriedman • Facebook