I really enjoy spending time with you. You are interesting and excellent company (I really mean that!). When I’m with you, we often enter a magical land in which Donald Trump doesn’t exist. You’re eager to tell me about the issues you’re working on, and sometimes we have these substantive conversations in which we get to ignore the raging dumpster fire on the other end of Pennsylvania Avenue.

In fact, sometimes I think the Senate isn’t a legislative body; it’s the world’s most expensive writer’s colony. Half the senators I meet are writing books.

But there’s one question, which I’d like to ask of practically every member of Congress. Why are you so dispossessed?

You take all the trouble to run for public office and, against all odds, you actually get in a position to wield influence. But then you accede to a thousand small decisions that you and your predecessors have made, and you give it all away.

There are 535 Americans elected to Congress, but the way things are arranged now only three have real power — Nancy Pelosi, Mitch McConnell and Chuck Schumer. Only a handful of others — in leadership — have a whiff of power. The rest of you have rendered yourselves less powerful, in a way never envisioned by the founders.

You Senate Republicans are in a double bind because what power you didn’t give to the majority leader you gave to Trump.

All of you know more about policy and the craft of governing than Trump. But you didn’t want to get ahead of Trump and lead independently because you didn’t want to offend him and be primaried. So you adopted a hunkered-down defensive crouch just to get through each passing day.

I understand why you were deferential in 2017 and 2018. But the Democratic capture of the House changes everything and gives you an opportunity to lead.

First, there is a good chance that the Democrats will impeach Trump this year or next. When that happens, you Senate Republicans are effectively the jury. Suddenly Trump needs you more than you need him. Suddenly he’s going to be much less likely to go against you personally. Even the mere specter of impeachment changes his whole attitude toward you.

Second, the power structure of Washington has fundamentally changed. Pelosi is now one power center. Trump is another. You Senate Republicans are the fulcrum between the two. You are the crucial players in this drama if you decide to make yourselves that.

Take the government shutdown fiasco, for example. On one side there is Trump, who wants a concrete or steel wall — which is an inane policy, but there it is. On the other side is Pelosi, who says walls are immoral. No money for a wall. Pelosi’s policy is equally inane. We’ve already got 654 miles of fencing on the southern border. It may be wasteful, but how is it “immoral” to go up to 800 or even 1,000 miles?

This is where you come in. You are at the fulcrum between the absolutist inane positions. You have the power to create facts on the ground.

You pass the obvious deal that everyone has been talking about for a year: a wall for DACA. Trump won the 2016 election offering voters a wall — so he gets $5 billion for “border security,” which he can claim is a wall. The Democrats won the 2018 midterms offering voters a path to citizenship for the Dreamers, so they get their path.

This deal has fallen apart in the past because people got greedy. Republicans wanted to add interior enforcement measures. Democrats wanted a broader amnesty. But you’re professionals. You pass a bill that simple and skinny. A wall for a path.

By passing an actual bill you cut through the dysfunctional negotiations at the White House. You make Trump and Pelosi come to you, to accept or reject.

Moreover, this general approach can be applied across policy areas. It does not mean going against Trump or your base. You are giving Trump things he’s unable to get on his own. It doesn’t mean crushing the Democrats. It means governing within the reality of divided government. It means exercising leadership to create a government that actually works.

Right now, there is a massive leadership vacuum in Washington.

The White House can’t lead because it lacks a legislative agenda and a competent chief executive. Pelosi can’t lead because she has control of only one chamber and she has a base that doesn’t believe that Trump is legitimate or that compromise with him is moral. McConnell can’t lead because he’s in a tough position in Kentucky and can’t allow any space to develop on his right for a potential primary challenger.

It’s only you — the other 52 Senate Republicans — who can fill that leadership vacuum. It’s yours if you have the audacity to seize the power that is rightfully yours. If you do it, your nation could have a government that’s at least semi-functional over the next two years. If not, we’re a failed state. 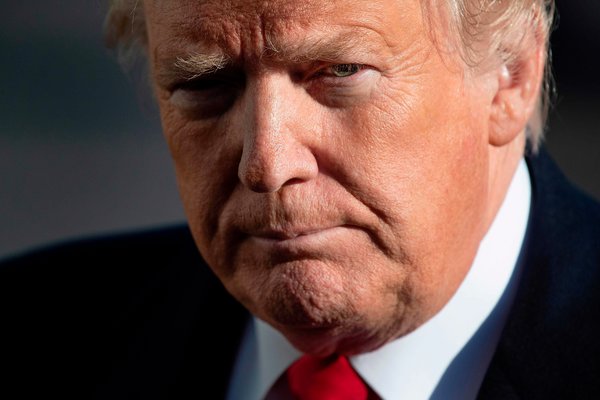 David Brooks has been a columnist with The Times since 2003. He is the author of “The Road to Character” and the forthcoming book, “The Second Mountain.”