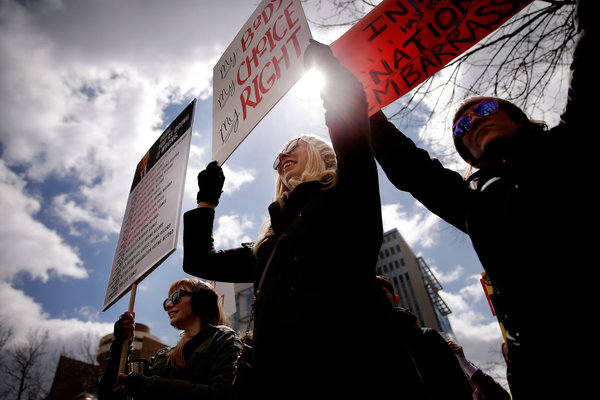 We are women who came of age before Roe v. Wade. Many of us had illegal abortions. We are the lucky ones who survived. Thousands didn’t. The process was fraught with committing illegal acts and being compelled to have blind faith in practitioners who had dubious medical credentials.

We are outraged and appalled and afraid for women generations younger than we are. We know how fearful the specter of back-street abortions can be, and that is exactly what some states are legislating. But we know that women will always, for one reason or another, seek to determine their own — and their family’s — destiny.

Clearly, state governments and the Supreme Court are forcing us to return to dangerous alleys, unreliable providers and, heaven help us, coat hangers.

We are now compelled to reach out to the readers of The New York Times to urge them to speak up to as many audiences as they can find to protest the outrageous Texas law, S.B. 8, a direct attack against women and against women’s constitutional rights.

With the shadowed support of a majority of Supreme Court justices, the legal maneuvering in Texas has shoved American women’s constitutionally affirmed reproductive protections into a dark corner. The Texas law further anoints unlicensed citizens to act as the enforcers, essentially vigilantes, of the law’s provisions.

Women in New York are fortunate that the State Legislature has legalized the protections of Roe v. Wade. Increasingly conservative states, however, do not have that same shelter. Rather, their lawmakers are seeking ways to further restrict women in their states from access to reproductive medical care — including abortion services. This pattern suggests that New York will likely see more women and their partners who, for their own personal reasons, seek abortion assistance.

Join us and speak up now!

France’s Anger at the U.S. Over the Sub Deal

In its strategic competition with China, the United States cannot afford to alienate our allies, including France, our oldest democratic ally.

To compensate France for the lost revenue to its military industry, the United States, Britain and Australia could offer to purchase an equal amount of additional French military and civilian equipment. This would help strengthen the alliance with France and assuage French outrage.

Jeffrey S. Milstein
Burke, Va.
The writer served for 33 years as a policy and strategic planner in the State, Commerce, Treasury, Energy and Defense Departments and was an assistant professor of political science and international relations at Yale.

One important aspect of the approach being taken to the problem with Rikers Island (and many other jails and prisons) is the ignoring of the needs of inmates who are living there with serious mental illness.

Part of the solution to abysmal jail conditions should be the construction and staffing of facilities that are designed to treat these individuals, rather than punish them, so that they have a chance to recover.

There are far more people living with mental illness in our jails and prisons — at great expense, both fiscal and human — than there are in our psychiatric treatment facilities. This is money that’s being spent most unwisely. Their treatment would cost much less than their imprisonment, and these individuals, who are living with illnesses that are as treatable as cardiovascular disease, would then have a reasonable chance of becoming productive citizens.

Joseph W. Vanable Jr.
West Lafayette, Ind.
The writer, professor emeritus of biological sciences at Purdue University, is the author of “A Cause for Alarm: Mental Illness and Public Policy.”

Why Don’t True Conservatives Split From the Trumpists?

As Kevin D. Williamson writes, traditional conservative Republicans have no political home. They are “in all likelihood, permanently out.”

As actions at the state and national levels have shown, and Mr. Williamson reports, the “right-wing nationalist-populists” have led a coup within the party itself.

A critical question as to the future of our constitutional democracy remains: Why haven’t truly conservative Republican politicians organized and split from the Trumpists? Where is their united voice in opposition? They know full well that the stench of fascism smells the same regardless of time and place. To remain silent is to be complicit.

Albania, Land of Refuge, for Afghans and Jews

Re “For Afghans in Albania, a Soft Place to Land, but Dread Persists” (news article, Sept. 14):

That Albania, one of Europe’s poorest nations, has committed to taking in up to 4,000 refugees from Afghanistan (more than any other European country) and is housing them in luxurious beach resorts rather than detention centers is no surprise to those knowledgeable about the remarkable generosity exhibited by Muslim-majority Albania to its own Jews and Jews fleeing German occupation during the Second World War.

The Albanians refused to comply with their German occupiers’ orders to turn over lists of Jews. In an extraordinary act of kindness, Albania also gave shelter to Jews fleeing Nazi occupation. As a result, Albania’s Jewish population was actually larger after the war than before it.

Besa, the sacred Albanian oath of honor that urges the aiding and protecting of all people in moments of need, played a large role in guiding the local population. The latest generosity exhibited to the fleeing Afghans by the Albanian government and its people demonstrates the importance of besa in Albania.

Michael Bazyler
Orange, Calif.
The writer is a professor of law and 1939 Law Scholar in Holocaust and Human Rights Studies at the Dale E. Fowler School of Law, Chapman University.

While climate change has exacerbated the situation facing North Atlantic right whales, daily threats from deadly fishing gear entanglements and vessel strikes are decimating this species now and must be addressed immediately if we want to save them from extinction.

Even a single human-caused death a year threatens their chances of survival. Updating outdated regulations, enforcing speed limits for vessels in areas where North Atlantic right whales are found, incentivizing fishing alternatives like ropeless gear, and increasing monitoring are ways the government can help them right now.

We need more aggressive policies that will reduce risk to North Atlantic right whales and fully support their recovery. Meaningful change is needed on the water now before we lose this species forever.

Whitney Webber
Washington
The writer is a campaign director at Oceana.

A Former Anti-Vaxxer Wises Up

I have to confess to being a one-time anti-vaxxer. I was adamantly opposed to the vaccines against measles, mumps, pertussis, diphtheria, tetanus and polio that I was mandated by the state to take. But I later realized that it was actually a good thing.