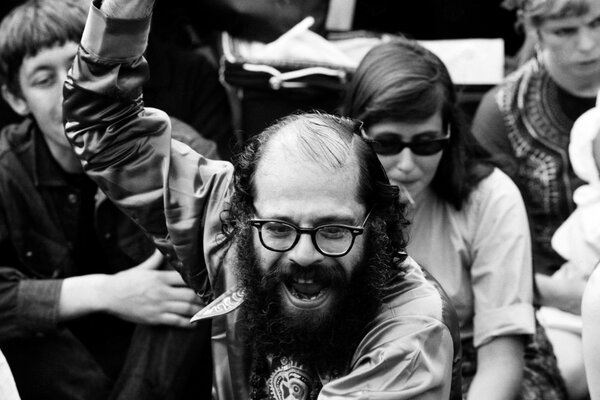 Let’s take a moment to contemplate President Biden signing that new law requiring federal recognition of same-sex marriage. After all, we don’t get to reflect on good news all that often.

Bipartisan approval! Supreme Court can’t mess it up! Culmination of a public battle that began, arguably, in 1969 with the Stonewall riots at a Greenwich Village bar, led by L.G.B.T.Q. New Yorkers who were tired of being harassed by the police when they were out socializing. (“Homo Nest Raided, Queen Bees Are Stinging Mad,” The Daily News famously announced.)

A battle that was still very far from being won in 1996, when Bill Clinton signed an anti-gay law specifically defining marriage as a union between male and female. At the time, only about a quarter of the public approved of same-sex marriages.

Now, 70 percent of Americans say they’re OK with the idea of men and women marrying someone of either sex. According to Gallup, the nation has almost completely changed its mind over the last three decades. What happened?

The public wars were brave and critical, but I think the most important change, as far as opinion goes, was the discovery by average Americans that folks they knew — often including loved ones — were L.G.B.T.Q. I remember my own suburban Catholic mom, the product of a totally conservative upbringing, getting to know Jerry, a gay man who came in to take care of her after my dad died. Not sure what, if anything, she knew about homosexuality before, but he became her best friend and in a couple of years she was sitting on a float in the Cincinnati Gay Pride Parade.

As the product of a Catholic girls’ school in the 1960s, I truly grew up with no idea. I was in college and found myself organizing a gay rights protest before I fully understood what gay rights meant.

Let me tell you that story, which started at one of those student-leaders-gather events, this one at the University of Illinois. A couple of us were there from Marquette, a Jesuit university in Milwaukee, and we happened to meet the poet Allen Ginsberg.

At the time, Ginsberg was famous as one of the founders of the Beat movement and the author of “Howl” (“I saw the best minds of my generation destroyed by madness, starving hysterical naked. …”). Being near-illiterate when it came to poetry, I didn’t totally appreciate the opportunity.

Nevertheless, it was easy to see he was a friendly guy — ready to chat with utterly insignificant college students like me. By the end of our get-together, we’d invited him to come and read at Marquette, and he’d agreed.

The whole thing was set up when suddenly the dean of students, Father Richard Sherburne, got some background information on Ginsberg that he apparently didn’t like and announced that the reading had to be canceled.

The reasons were a little unclear. To be fair, Ginsberg had a history of drug use and of taking off his clothes in public, at least once. But the fact that he was gay did seem to be the real problem. “As I remember things, homosexuality was the reason the administration gave for canceling Ginsberg’s appearance,” said Con Lehane, a leader of the student rebellion we organized on behalf of free speech.

Con, who’s a novelist in Washington, has been my pal through all the years since. At Marquette, we didn’t know anyone who was gay — OK, of course we did, but none of them had come out at the time. Con was far more involved in the political left than me, and he told me he was later chastised for recruiting a lesbian into the Young Workers Liberation League.

But about Ginsberg. We held a sit-in at Father Sherburne’s office to protest the cancellation, to no avail. Eventually, the University of Wisconsin-Milwaukee agreed to host the poetry reading and a bunch of us demonstrated, marching across town to the event.

“We will all go upon the same cross ultimately — there is no need for anger,” I remember Ginsberg telling the crowd. Still didn’t have much of a grasp of poetry, but I knew a good comeback when I heard one.

And I’ve got to tell you, it was a turning point in my life. Always saw myself as a moderate-works-within-the-system person before. Thinking back, I wonder how much longer it would have taken me to figure out I was against the war in Vietnam if I hadn’t been a veteran of the Ginsberg censorship fight.

My alma mater has changed a lot since then, too. A while ago I was invited to give a talk at Marquette — I think it was on the books I’d written about women’s history. As I spoke, pictures of my time at the school flashed in the background, an unusual number of which seemed to involve sit-ins at Father Sherburne’s office. Really, I did do other things, but a good time was had by all.

As I was getting ready to leave, an elderly Jesuit came up to me and introduced himself as … Father Sherburne.

“I’ve been retired for a long time,” he said, “but I came tonight to find you and tell you … that you were right and I was wrong.”

One of the great moments of my life — and it brings us back here, right now, celebrating a society transformed by gay Americans who simply had the soul to tell the world who they were.