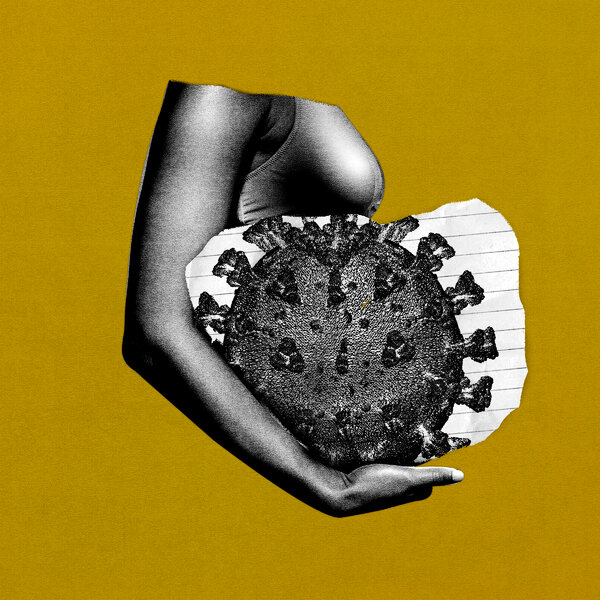 Ms. Allana is an Indian journalist who has extensively reported on the Covid-19 pandemic in the country.

The doctors at the Government Institute of Medical Sciences, also known as the G.I.M.S., a public hospital in Noida, a suburb of Delhi, recently told me that during the first wave of Covid-19 last year, most pregnant women had moderate symptoms and were able to return home after being hospitalized for a few days.

The G.I.M.S. serves about 2,000 patients from the suburb and its surrounding villages every day without charge. Throughout March, April and May, the doctors there told me that most pregnant women arrived with acute respiratory distress syndrome, their lungs collapsing. Out of the 15 pregnant women who were in the gynecology ward of the hospital when I spoke to the doctors, two weeks ago, 11 were on oxygen support, two were on ventilators and one was recovering.

Pregnant women, who have weaker immune systems, have been developing widespread scarring of the lungs after getting infected by the virus. “Their lungs looked white as bone on X-rays,” the doctor said. “Their air sacs filled with fluid that had leaked from blood vessels into the lungs.”

With a more severe second wave of Covid-19 since mid-February, Indian doctors started observing a greater need for high oxygen ventilation for pregnant women, a need for more surgeries to expedite and prematurely deliver babies, and a higher incidence of abortions and stillbirths.

On May 2, Palkan Thakur had an itch in her throat, which developed into a cough. She was seven months pregnant and expecting her fourth child. Local doctors in Faridabad, her hometown bordering Delhi, tried paracetamol, cough syrup and a drip of iron and glucose, but Ms. Thakur was unable to breathe and coughing up blood.

Her husband, Zakir Khan, who ran a store of Ayurveda, the traditional Indian medicine, drove her to Lifeline hospital, three miles from their home. After an X-ray, a doctor informed them Ms. Thakur’s lungs were badly damaged. The hospital had run out of beds. They tried 11 other hospitals and were denied admission everywhere: Some had no beds; some had no oxygen and no ventilators; some sought exorbitant treatment fees.

Thirteen hours had passed since they left their home. Ms. Thakur was bleeding from her nose; Mr. Khan wiped her face and broke down. A relative called with information about a bed being available in the gynecology department at the G.I.M.S. hospital in Noida. They got there at 3 a.m. and Mr. Khan carried his wife in his arms.