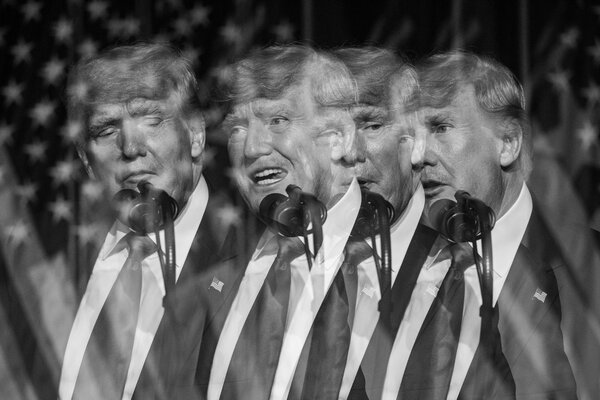 Ms. Solnit is a political essayist.

When called upon to believe that Barack Obama was really born in Kenya, millions got in line. When encouraged to believe that the 2012 Sandy Hook murder of twenty children and six adults was a hoax, too many stepped up. When urged to believe that Hillary Clinton was trafficking children in the basement of a Washington, D.C., pizza parlor with no basement, they bought it, and one of them showed up in the pizza place with a rifle to protect the kids. The fictions fed the frenzies, and the frenzies shaped the crises of 2020 and 2021. The delusions are legion: Secret Democratic cabals of child abusers, millions of undocumented voters, falsehoods about the Covid-19 pandemic and the vaccine.

While much has been said about the moral and political stance of people who support right-wing conspiracy theories, their gullibility is itself alarming. Gullibility means malleability and manipulability. We don’t know if the people who believed the prevailing 2012 conspiracy theories believed the 2016 or 2020 versions, but we do know that a swath of the conservative population is available for the next delusion and the one after that. And on Jan. 6, 2021, we saw that a lot of them were willing to act on those beliefs.

The adjective gullible comes from the verb to gull, which used to mean to cram yourself with something as well as to cheat or dupe, to cram someone else full of fictions. “Not doubting I could gull the Government,” wrote Daniel Defoe in 1701, and Hannah Arendt used the word gullible repeatedly in “The Origins of Totalitarianism,” published in 1951. “A mixture of gullibility and cynicism is prevalent in all ranks of totalitarian movements, and the higher the rank the more cynicism weighs down gullibility,” she wrote. That is, among those gulling the public, cynicism is a stronger force; among those being gulled, gullibility is, but the two are not so separate as they might seem.

Distinctions between believable and unbelievable, true and false, are not relevant for people who have found that taking up outrageous and disprovable ideas is instead an admission ticket to a community or an identity. Without the yoke of truthfulness around their necks, they can choose beliefs that flatter their worldview or justify their aggression. I sometimes think of this straying into fiction as a kind of libertarianism run amok — we used to say “you’re entitled to your own opinions, but not your own facts.” Too many Americans now feel entitled to their own facts. In this too-free marketplace of ideas, they can select or reject ideas, facts or histories to match their goals, because meaning has become transactional.

But gullibility means you believe something because someone else wants you to. You’re buying what they’re selling. It’s often said that the joiners of cults and subscribers to delusions are driven by their hatred of elites. But in the present situation, the snake oil salesmen are not just Alex Jones, QAnon’s master manipulators and evangelical hucksters. They are senators, powerful white Christian men, prominent media figures, billionaires and their foundations, even a president. (Maybe the belief that these figures are not an elite is itself a noteworthy delusion.)

It’s true that these leading lights of the right often portray themselves as embattled outsiders. But they’re not; they’re the status quo gone rogue. They are still powerful, still insiders, but something even more potent is changing — you could call it the zeitgeist or the arc of justice or historical momentum or just demographic reality. The world is moving on; those who’d rather it stand still are eager to push narratives depicting these shifts as degeneration and white Christian heterosexual America as profoundly imperiled.

A lot of conspiracy theories are organic or at least emerge from true believers on the margins when it comes to topics like extraterrestrials, but those at the top of conservative America have preached falsehoods that further the interest of elites, and those at the bottom have embraced them devoutly. Though when we talk about cults and conspiracies we usually look to more outlandish beliefs, climate denial and gun obsessions both fit this template.

Both originated as industry agendas that were then embraced by both right-wing politicians and the right-leaning public. For decades, the fossil fuel industry pumped out ads and reports, and supported lobbyists and front groups misleading the public on the science and import of climate change. The current gun cult is likewise the result of the National Rifle Association and the gun industry pushing battlefield-style weapons and a new white male identity — more paramilitary than rural hunter — along with fear, rage and racist dog whistles. I think of it as a cult, because guns serve first as totems of identity and belonging, and because the beliefs seem counterfactual about guns as sources of safety rather than danger when roughly 60 percent of gun deaths are suicides and self-defense by gun is a surpassingly rare phenomenon.

Right-wing political fictions have a long history, from Joe McCarthy’s bluffs about communists in the government to the United Nations’ black helicopters of 1990s paranoia to an endless stream of stories portraying immigrants, Jews, Muslims, gay men then and trans people now as sinister threats. The digital age and then the pandemic caused many of us to withdraw further from contact with people unlike ourselves, and pundits and social media offered those “others” back as phantasms and gargoyles leering at us through the filters.

We all have confirmation biases, and of course leftists and moderates have also entertained delusions and paranoia — about extraterrestrials, vaccines and political assassinations, for instance. But mainstream figures in the center and the left are not pushing radically counterfactual stuff akin to the conservative lies about Covid-19, let alone trying to instigate or whitewash the kind of violence we saw on Jan. 6. Democrats operate on the basis of reasonably factual premises and usually accept the authority of science, law and history, while Republicans uninhibitedly push whatever’s most convenient for their goals and incendiary for their base.