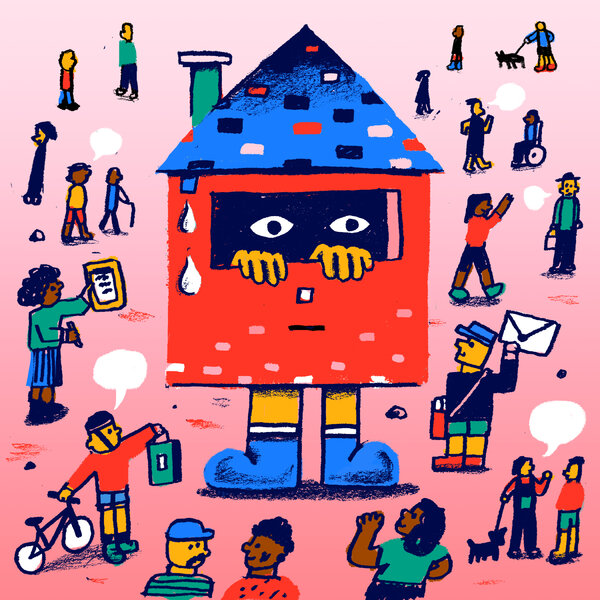 Mr. Sax is a writer in Toronto. He has written for Times Opinion about virtual kindergarten, Zoom Thanksgiving and other failures of digital technology.

One Saturday morning, I took my 5-year-old son to the playground. A few minutes into his “ninja training” regimen, he attracted a fan. The other boy was younger, but the plastic glint of my son’s dollar-store sword slicing evil from the air proved irresistible. He edged closer and mimicked his moves, until they began to play together, shouting “Ya!” in unison, kicking with the verve of Rockettes. I smiled at the child’s father on the next bench and made an effort at playground banter, asking the boy’s age and whether they lived nearby. But after a few half-answers he pointed to the AirPods in his ears.

What could I do?

I picked up my phone and scrolled through the news. A fast-casual restaurant chain was experimenting with replacing its cashiers with “virtual cashiers” connected by video link from Nicaragua and paid around $3 an hour. As I sat there, willingly ignoring and being ignored by the only other adult nearby, the story struck me as just another example of how modern life keeps us insulated from strangers.

Not so long ago, it was impossible to go through life without speaking, in some way, to a variety of strangers in your life: The bus driver, barista, security guard, receptionist, butcher, government clerk, store cashier and restaurant server were all humans who required at least the bare minimum of conversation. If you were at a playground a generation ago, halfheartedly watching some swing-set drama, ignoring the casual greetings of another parent would be extremely rude.

When I lived in New York City a decade ago, I couldn’t spend 10 minutes outside without speaking to someone. That’s the thing I loved about the place: how New Yorkers will kibbitz and comment and carry on a conversation in line for pizza, on the sidewalk or in the subway; ask for directions or compliment a particularly awesome hat of someone they have never met, without any awkwardness. Today, you can spend a week in New York, shopping, traveling, eating and working, and never utter a sound to another human being, or even take your headphones off.

It shouldn’t be this way. Engagement with strangers is at the core of our social contract. Most religious faiths instruct us to welcome the strangers we encounter, and there’s good reason for this. If we engaged only with the people we knew, our world would be small. That leap of faith toward the unknown other is what allows us to grow beyond the family unit, tribe or nation. Everyone you converse with who is not a biological relative — your best friend, neighbor, lover, spouse or even that chatty taxi driver from last weekend — was a stranger before you spoke to that person. Anytime we ignore strangers in our vicinity, whether because of fear, bigotry or the everyday convenience and efficiency of digital technology, we weaken that contract.

Far from random human inconveniences, strangers are actually one of the richest and most important resources we have. They connect us to the community, teach us empathy, build civility and are full of surprise and potentially wonder.

“I’ve spent many years studying the people who are the furthest out of our social networks, and they really do add a richness to our life that we miss when we’re not there,” said Gillian Sandstrom, a senior lecturer at the University of Essex, whose research has demonstrated how the small, transactional relationships we create by talking to strangers are important pillars of our social and emotional well-being.