Credit…Anne Lindgren, via Getty Images Plus

The authors are among the founding members of WomenOfBearsEars.org., which supports restoration of Bears Ears National Monument.

We are among the Women of Bears Ears — Indigenous women who support our families and communities in the protections of ancestral lands. We come from Diné, Nuche, Pueblo and other allied Native Nations. From these Southwestern lands, twin buttes rise; they are known as Bears Ears.

We have been birthed into these lands. The umbilical cords of our ancestors are buried here. Our genealogies are intertwined. 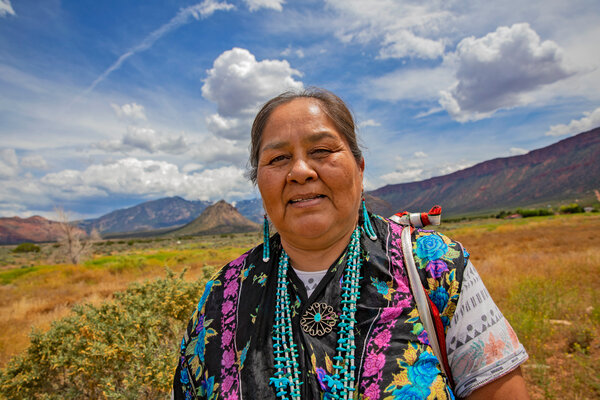 Our clans are passed on through our mothers. We are matrilineal societies that carry the bloodlines of our people. The Clan Mothers have always tended to the landscapes that gave them birth for hundreds of generations. Our ancestors are rooted here. We are grounded here.

This month, the new interior secretary, Deb Haaland of the Laguna Pueblo, came to Bears Ears National Monument to listen to the voices of those who live in the shadow of Bears Ears, Native and nonnative alike.

President Biden has asked her to examine the December 2017 decision by his predecessor, Donald Trump, to slash by 85 percent the size of Bears Ears and open significant parts of it up to fossil fuel development and other uses. A year earlier, President Barack Obama set aside this land as a national monument. The question is fundamental to who we are: Will sacred lands protected by Mr. Obama through proclamation be protected once again?

Secretary Haaland has been here before. These lands are sacred to her people, too. She is the first Indigenous woman to hold a cabinet position in the United States government. She made a promise to listen to Western science, but also honor the nation-to-nation relationship between the U.S. government and the tribes that were here long before the government.

When the land calls — you answer.

When your mother calls — you answer.

As Women of Bears Ears, we gather together because our voices have not been heard. We recognize Secretary Haaland as a matriarch of our ancestral lands. We will answer her call with respect. As Indigenous women, it gives us hope knowing our responsibilities to Mother Earth are being taken seriously. Ahjani Yepa from the Pueblo of Jemez welcomed the secretary in her native Towa language. Cynthia Wilson from Diné presented her with the Four Corners potato, Solanum jamesii, which has been nourishing Pueblo ancestors for millenniums in the shadow of Bears Ears.

Secretary Haaland said to us, President Biden must “get this right.”

Our histories run deep. We relate to these lands who are alive. We know the names of the mountains, plants and animals who teach us everything we need to know to survive. We have within our cultures a familial bond. We know these lands as a mother knows her child, as a child knows her mother.

Indigenous women worldwide know where the sacred springs are; where the plants necessary for food and medicines are found; and the animals who instruct us. The women hold this traditional knowledge and pass it on to their children.

Culturally, Native American women are held in high esteem and are looked to for security, stability and sovereignty of soul. We plan and make decisions for our communities guided by mothers and knowledge holders. The women of the Bit’ahnii or “Folded Arms People Clan” have passed on the knowledge that when the great Diné leader Manuelito, who was born at Bears Ears in 1818, was negotiating with the U. S. military over the forced relocation of his people, he said he must first consult with the women.