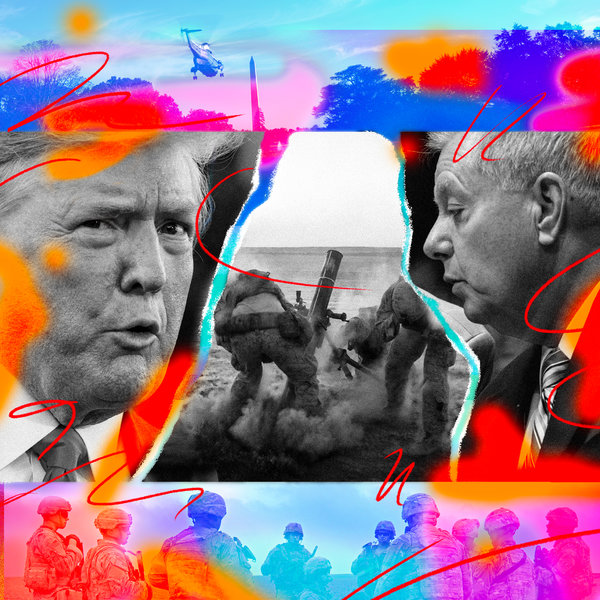 One week after President Trump’s explosive decision to clear the way for a Turkish military assault against America’s longtime Kurdish allies in Syria, many of the most dire predictions about the fallout have already come to pass: Turkey has invaded, displacing more than 130,000 people near Syria’s northeastern border; hundreds of ISIS prisoners, taking advantage of the mayhem, have escaped detention camps; and the Kurds, left with nowhere else to turn, have struck an alliance with Syria’s dictatorial president, Bashar al-Assad. “You have given up on us. You are leaving us to be slaughtered,” the commander of the Kurdish-led Syrian Democratic Forces told a senior American diplomat last week, according to CNN.

Who Are the Kurds, and Why Is Turkey Attacking Them in Syria?

“Rarely has a presidential decision resulted so immediately in what his own party leaders have described as disastrous consequences for American allies and interests,” writes The Times’s national security correspondent David E. Sanger.

The debate: What is to be done?

[The big debates, distilled. This guide will put in context what people are saying about the pressing issues of the week. Sign up for our new newsletter, Debatable.]

Syria is not our problem, the White House says. On Sunday, Mr. Trump ordered almost all of the roughly 1,000 remaining troops in Syria to leave. (That may take an airlift, though, Mr. Sanger reports, since Turkey has trapped them by cutting off the roads they could use to retreat.)

But Mr. Trump hasn’t gone far enough in extracting the United States from Middle Eastern conflicts, Simon Jenkins of The Guardian argues. Even Mr. Trump’s call for scaling back “endless wars” ran counter to his decision just days earlier to deploy 3,000 troops to Saudi Arabia because of tensions with Iran (which have flared since the president scuttled the Iran nuclear deal). In all, the United States has deployed 14,000 troops to the region since May, according to The Associated Press.

Mr. Trump ought to actually follow through on his rhetoric of ending endless war, writes Mr. Jenkins:

His desertion of the Kurds and his license to Turkey to invade Syria must rank high in the annals of diplomatic treachery — but for realpolitik they are hard to fault. … The U.S. should get out of Syria as it must leave Iraq, Afghanistan, Saudi Arabia and the Gulf.

The United States must punish Turkey

Senator Lindsey Graham, a South Carolina Republican, has been uncharacteristically critical of Mr. Trump’s acquiescence to Turkey. On Friday, after the Trump administration threatened, but did not at that time impose, sanctions on the country, Mr. Graham took to Twitter to call for a more forceful response:

To that end, Mr. Graham joined forces with Senator Chris Van Hollen, a Democrat from Maryland, in a proposal to punish Ankara with severe sanctions. On Monday, Mr. Graham said that the House speaker, Nancy Pelosi, supported the plan.

President Trump responded to bipartisan pressure on Monday, announcing on Twitter that he would soon issue an executive order halting trade negotiations with Turkey and slapping sanctions and tariffs on the country.

The international community must step in

Lawmakers from both parties have insisted that the sanctions Mr. Trump announced Monday are not enough. “We appreciate the administration’s planned sanctions, but it does not go far enough to punish Turkey for its egregious offenses in Syria,” said a spokeswoman for Representative Michael McCaul, a Republican from Texas, in a statement.

What might sufficient punishment look like? The European Union, for its part, agreed on Monday to limit arms sales to Turkey, a NATO member. Representative Ro Khanna, a California progressive Democrat, called for the United States to do the same. In a similar vein, William Hartung, noting that both the Turks and the Kurds are using American-made weapons, argues in Forbes that Congress ought to wield more leverage over arms sales in the future.

But the international community also has legal recourse, if it’s willing to use it. Trudy Rubin of The Philadelphia Inquirer has accused Turkey of committing war crimes; so, too, in reluctant phrasing, has Defense Secretary Mark Esper. Ryan Goodman, a professor at New York University School of Law, whom I interviewed last week, took the logic of this condemnation to its natural conclusion:

The United States has a duty to protect its allies after withdrawing from a war zone, writes Philip Caruso in The Times. Mr. Trump’s rhetorical posturing against military engagement in the Middle East has coincided with the hollowing out of the United States’ refugee program, whose cap Mr. Trump slashed this year to 18,000 people, down from 110,000 in 2016. “The moral imperative to extricate loyal friends from our conflicts,” Mr. Caruso writes, “is in danger of being ignored in favor of curbing immigration at home — an ethical disaster.” He adds:

These problems must be fixed. If the administration won’t act, Congress can. It can allow more foreign nationals to relocate to America, perhaps eliminating any cap. … Above all, Congress should expand the special immigrant program to address the worst-case scenarios of hasty withdrawal from war zones abroad.

This is a solution that Shikha Dalmia also proposes in the libertarian outlet Reason. The Kurdish-led Syrian Democratic Forces have lost an estimated 11,000 lives in the fight against ISIS, she writes, and to let them now be slaughtered by Turkey “is beyond heinous”:

America could safeguard Kurdish lives by offering them a quick way out and arrange their evacuation. There are less than a million Kurds in S.D.F.-controlled Syria. Even if they all came to the U.S., America could absorb them without breaking a sweat. And not all of them would even come. … But Kurdish fighters may appreciate a safe haven for their spouses and children. The least America can do is give them that option.

This solution, she notes, would, of course, require Mr. Trump to lift his travel ban on predominantly Muslim countries, including Syria.

The damage cannot be undone

The harm Mr. Trump has caused may well be irreparable, argues The New York Times editorial board. His decision, as immoral as it was reckless and mismanaged, the board writes, is all but sure to make the Middle East more dangerous. It explains:

A few days ago there were valid options to answer the question of what the United States could do in response to the invasion. Harsh sanctions and other actions might have compelled Turkey to pull back, allowing for American troops to restore the status quo. Now the only alternative to Turkish control of the north is Mr. Assad’s control of the north. America’s alliance with Kurdish forces is probably dead, and it’s hard to see what role the United States can play in Syria or in the fight against the Islamic State. They say if you break it, you own it. But maybe all the United States has done is break it.

But even if the Turkish invasion can be halted, the geopolitical dynamics of the region are unlikely to stop shifting. As Mr. Assad sets about picking up the pieces of America’s shattered alliance with the Kurds, President Vladimir Putin of Russia has already begun fortifying his ties with Saudi Arabia in a visit this week while his troops fill the vacuum American ones left.

MORE ON THE STAKES

“We knew this would happen”: Members of the Kurdish community in Nashville say Mr. Trump betrayed them. [The Guardian]

Here’s what readers had to say about the last debate: Should the House just start jailing Trump officials?

Stephen Fisher from Toronto commented: “A young black juror was recently given 10 days in jail for contempt of court when he overslept one morning while on jury duty. And these guys who intentionally show contempt don’t get option 2?”

Norville T. Johnson from New York commented: “Speaker Pelosi said impeachment is very serious and she wouldn’t move forward without bipartisan support. She should show some leadership and take the vote in Congress. The fact she will not is disturbing.”

And Grennan from Green Bay commented: “It’s great to imagine any combination of William Barr, Rudy Giuliani, Corey Levandowsky or Mike Pompeo frog-marched to an uncomfortable room in the belly of the Capitol, with uncomfortable chairs, bad coffee and a couple of really old Home and Gardens to read. But last thing this clambake needs is even the appearance of vindictiveness.”

Spencer Bokat-Lindell is a writer for the Opinion section. @bokatlindell

LONDON (REUTERS) – Thousands took to the streets across Europe and Australia on Saturday (June 6), as did hundreds in Tokyo and Seoul, in support…

The government has been accused of placing hospitals in an “incredibly challenging situation” by failing to consult NHS trusts on new rules requiring outpatients, visitors…