FRANKFURT/DUESSELDORF, Germany (Reuters) – Finland’s Kone (KNEBV.HE) has proposed paying a multi-billion euro break-up fee to Thyssenkrupp (TKAG.DE) in an effort to improve its chances in an auction for the German conglomerate’s elevator business, three people familiar with the matter said. 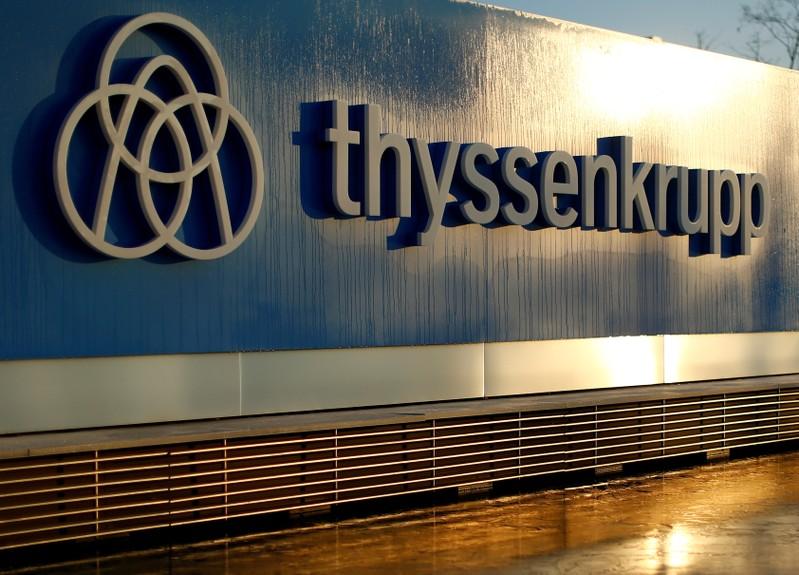 Kone, in a partnership with private equity firm CVC [CVC.UL], is among suitors for Elevator Technology (ET), which Thyssenkrupp has put up for sale in a bid to pay down pensions and debt, and invest in restructuring its other struggling businesses.

Under the plans, Kone would pay the break-up free – which one source put at 3 billion euros ($3.3 billion) – upfront, making it easier for Thyssenkrupp to accept a deal with the firm, which could face an antitrust review lasting more than a year.

If the Kone-CVC tie-up succeeds with its bid, the paid fee would count towards the final purchase price, which could be as much as 17 billion euros, the people said. If the deal is blocked on antitrust grounds, Thyssenkrupp would keep the cash.

Break-up fees are usually payable once a party decides to walk away from a deal or when a transaction falls apart for specific reasons.

Kone, the only strategic bidder remaining in the auction, faces regulatory hurdles since a combination of the firm with ET, the world’s third- and fourth-largest elevator makers, would create a new global champion.

Its offer is being reviewed alongside others from private equity consortia which do not face lengthy antitrust reviews, giving Thyssenkrupp greater certainty about a successful sale.

The group needs cash fast to repair its stretched balance sheet, aching under 8.5 billion euros in pension obligations as well as net debt of 5.1 billion, which is more than twice its equity.

No decision has been made as talks are at a preliminary stage and could still fall apart, the people said. The elevator sale is not expected to take center stage at a supervisory board meeting on Wednesday, one of the people said.

Thyssenkrupp, which is due to hold its annual press conference on Nov. 21, is also pursuing a partial listing as an alternative to a sale.

Kone and CVC have submitted an indicative bid for ET, along with other bidding groups, including Blackstone (BX.N), Carlyle (CG.O) and the Canada Pension Plan Investment Board.

A consortium of Advent, Cinven [CINV.UL] and the Abu Dhabi Investment Authority is also in the race, among others.

Bidders for the final auction round will be selected in the coming weeks. 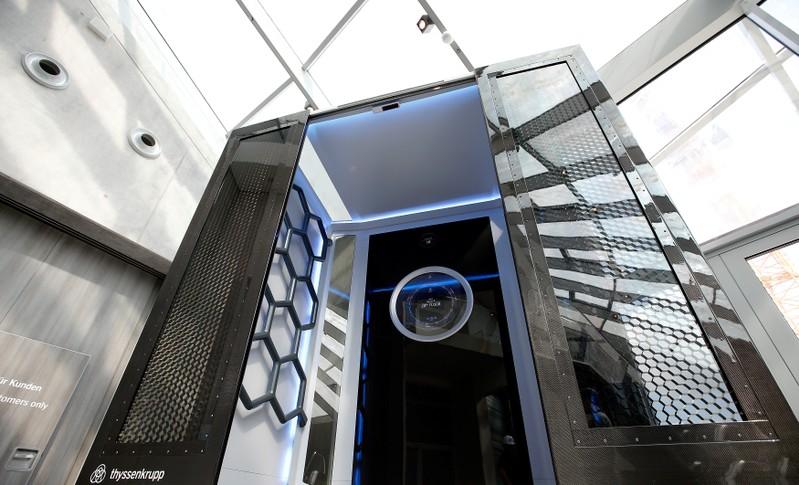 “Although not always with legitimate economic grounding, competition authorities have been applying stricter scrutiny to ‘four to three’ mergers,” according to a study here by the International Center for Law & Economics (ICLE).

“This heightened scrutiny can result in outright rejection of proposed mergers or demands for costly divestitures that can delay closure of the merger by a year or more.”

T-Mobile US (TMUS.O) and Sprint (S.N), the No.3 and No.4 U.S. wireless carriers, this month received government approval for a planned merger which was first announced in spring 2018. They still face a lawsuit seeking to stop the deal.