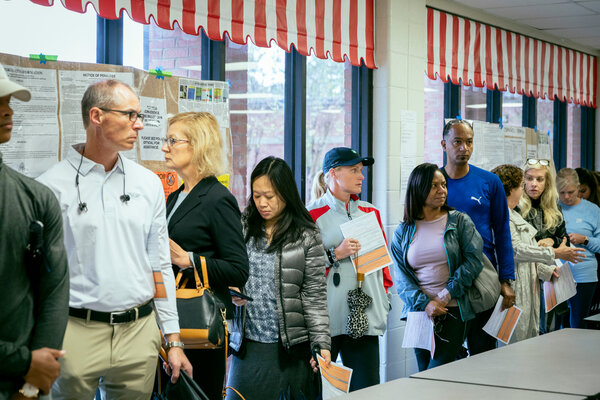 The changing face of the U.S.

America has grown far more diverse in the past decade with a surge in Hispanic and Asian populations, according to the Census Bureau. The non-Hispanic white population declined to 58 percent of the population, down from 64 percent in 2010. Overall population growth also slowed substantially.

The number of people who said they were more than one race more than doubled. The Black population grew by 6 percent and the Asian population by about 36 percent during the same period. Hispanic people accounted for about half of the country’s growth over the past decade, up by about 23 percent.

The long-awaited district-level results set off what is expected to be the most consequential redistricting battle in a generation, with control of Congress hanging in the balance.

Extreme heat across the world

The Italian island of Sicily may have set a modern record for the hottest day ever recorded in Europe on Wednesday, with a monitoring station recording a scorching 48.8 degrees Celsius, or 119.8 Fahrenheit. If confirmed, it would top the previous record of 48 degrees set in Athens in July 1977, experts said.

“We are used to torrid summers, but I have no memory of such an unbearable heat,” said Francesco Italia, mayor of the ancient city of Syracuse. “It is so humid that you just can’t be outside after a certain hour.” Residents have experienced electrical shortages because of the large number of air-conditioners working day and night.

North America: The Canadian province of British Columbia is battling nearly 300 wildfires at once, shrouding parts of the province in opaque clouds of billowing smoke. In the U.S., more than 150 million people are under some form of heat alert from the Pacific Northwest to the Northeast.

Related: Many see hydrogen as clean energy’s future. But the way industry aims to make it is worse for the climate than burning natural gas, a new study says.

Australia’s struggle against the Delta variant

After an outbreak of the hyper-contagious Delta variant threw almost half of the Australian population into lockdown, some are taking matters into their own hands, as they work to fill gaps in the government’s sputtering vaccine rollout.

Nearly 18 months into the pandemic, Australia remains locked in an all-out war whose odds of victory, with a return to zero Covid, have grown ever steeper. Only 24 percent of adults are fully vaccinated, placing Australia 35th out of 38 developed countries.

Across the Tasman Sea, New Zealand is even farther behind in its vaccine rollout but has managed to keep the Delta variant at bay — for now. The country unveiled a cautious plan for reopening, vowing to retain its goal of zero coronavirus cases even as it begins to unseal its borders.

Olympic athletes returning home to the state of South Australia must spend 28 days in quarantine. The country’s Olympic committee called the requirement “cruel.”

For all but five weeks between March 2020 and June 2021, care home residents in Toronto were not permitted to leave their buildings for nonmedical reasons, not even a stroll. Over the past couple of months, many felt the joy of the outdoors again.

A makeshift robot nicknamed Delta is delivering food and other essential items to villagers in Indonesia who are infected with the virus.

Two major cities in Afghanistan have all but fallen to the Taliban, leaving only four under Afghan government control. The Pentagon is preparing to evacuate the American Embassy in Kabul.

Sudan’s government is getting closer to handing over Omar Hassan al-Bashir to the International Criminal Court, officials said. He is accused of genocide, war crimes and crimes against humanity in Darfur, where 300,000 were killed.

Britney Spears’s father has agreed to eventually step aside from running the conservatorship that has governed her life since 2008.

The cost of coffee beans is up nearly 44 percent in 2021. Extreme weather has damaged crops in Brazil, the world’s largest coffee exporter. Shipping bottlenecks and political protests in Colombia have also contributed to the increase in price.

Thousands of Alibaba employees have urged the company to forbid sexual remarks and games in business events, a common problem. The request comes as Alibaba tries to change a toxic work culture following an allegation of rape against an employee.

The tusks of a woolly mammoth that lived more than 17,000 years ago have been used to construct a map of where the animal roamed during its 28-year life. The technique could solve mysteries about the demise of the elephant-like mammals.

There’s a small chance that an asteroid bigger than the Empire State Building could hit Earth — in 2182.

Keep an eye out this evening for the Perseids meteor shower, which reached their peak this week.

For its centennial, the Salzburg Festival dug into the story of its familiar logo, which features the silhouette of the Hohensalzburg Fortress, Salzburg’s regional flag and a Greek theater mask, layered over a golden background.

What it found has required a reckoning.

When text takes over a photo platform

Have you seen these in your feed? Text-heavy memes are turning Instagram into a destination for written expression, The Times’s Taylor Lorenz writes.

The memes often feature random text on top of unrelated photos or gradient backgrounds. The follower counts of creators who have adopted this style have soared. “It’s like Twitter, but for Instagram,” said Mia Morongell, a creator of the @lifes.a.bender account. “It’s like a blog where you’re airing personal thoughts and feelings.”

These pages have surged during the pandemic as young people have turned to Instagram to seek connection, one social media expert said, adding, “They’re very representative of teenagers having to spend the last year solely communicating through the internet.”

This wonderful but simple summer pie is inspired by strawberry pretzel salad, a popular Southern dessert.

Meet Mirror, a group of 12 singers and dancers who have taken over Hong Kong seemingly overnight.

Jennifer Hudson plays Aretha Franklin in “Respect,” a biopic that finds its own groove.

P.S. The Times is introducing a group of newsletters for Times subscribers, including a lineup of new Opinion writers. Sign up.

The latest episode of “The Daily” is on how D.C. politics works now.

Claire Moses wrote today’s Arts and Ideas. You can reach Natasha and the team at [email protected].