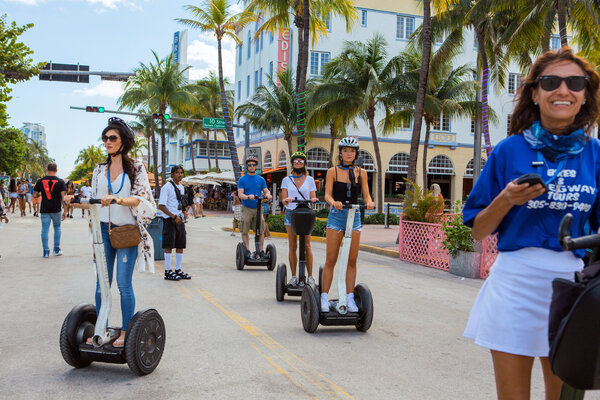 A surge of coronavirus cases in the U.S.

The United States is ramping up the pace of vaccinations, with most states rapidly expanding eligibility, but the spread of coronavirus variants paired with loosening restrictions in states such as Florida and Texas, both overwhelmed by the virus, are threatening to reverse progress.

After weeks of decline followed by a plateau, the numbers of coronavirus cases seem to be rising again in the U.S. Over the past week, there has been an average of 65,385 cases per day, an increase of 19 percent from the average two weeks earlier.

A total of 39 states are set to open eligibility for Covid-19 vaccines to all adults by mid-April, with Arkansas, Delaware and Wisconsin the latest to join the list. Federal health officials are pleading with Americans to stay vigilant.

President Biden on Monday urged state leaders to keep certain restrictions in place. “We are giving up hard-fought, hard-won gains,” he said

The variants: Experts are concerned about the B.1.1.7 variant, which walloped Britain and is gaining steam in Florida. The U.S. is behind on its attempts to track the variants, as Americans increase their travel for spring and summer holidays.

On the second day of Derek Chauvin’s trial in the death of George Floyd, six people testified, including four witnesses who were younger than 18 on the day of Mr. Floyd’s arrest last May.

Darnella Frazier, the teenager who took the video of Mr. Chauvin, a former Minneapolis police officer, arresting Mr. Floyd, held back tears as she described arriving on the scene and seeing him “terrified, scared, begging for his life.”

The widely seen footage of Mr. Chauvin kneeling on Mr. Floyd’s neck during the arrest, along with the precise cause of death, has emerged as critical to the arguments. Here’s what we’ve learned so far.

The 12 jurors hearing the case bring to the table a range of views about race and policing. Here’s what we know about them.

A grim sense of Taliban supremacy

Ahead of talks scheduled for next month in Turkey, the Taliban are showing little outward interest in compromise or in going along with the American idea of power-sharing. As the international community scrambles to secure peace in Afghanistan, the Taliban believe they have the upper hand — and are saying as much.

From the bellicose speech of their deputy leader, boasting of “conquests,” to sneering references to the “foreign masters” of the “illegitimate” Kabul government, the Taliban’s swagger is shaping Afghanistan’s volatile present.

Analysis: “They think they have beaten the Americans, so they can beat the other Afghan forces as well, and get control over the country,” said Jawed Kohistani, an Afghan analyst and former security official in Kabul.

The leaders of more than two dozen countries, the E.U. and the W.H.O. on Tuesday floated an international treaty to protect the world from pandemics.

The White House accused China of hampering the W.H.O.’s investigation into the origins of the coronavirus and demanded that Beijing be more “transparent” by providing greater access to data about the initial outbreak in late 2019. Our reporters broke down more of what we learned — and what questions remain — from the investigation.

The official body investigating police conduct at a London vigil for Sarah Everard, who was killed while walking home this month, has determined that the city’s police “acted appropriately” at the event, according to a report released on Tuesday. Activists and local lawmakers criticized the findings.

The French Army says it killed terrorists in Mali, with no collateral damage. A new United Nations report says 19 of the 22 dead were civilians.

A telescope built to spot neutrinos, cosmic particles so tiny that many trillions pass through each of us every second, beneath the frozen Lake Baikal in Russia is close to delivering scientific results after four decades of setbacks.

Deliveroo’s $10.4 billion I.P.O., Britain’s biggest offering this year, has been roiled by accusations of poor worker pay. Major investors are planning to skip the listing.

The Islamic State claimed responsibility for the ambush of a port town in northern Mozambique last week that forced tens of thousands to flee the area and left dozens of people dead. The attack on the town, Palma, was an alarming escalation of the war in the province of Cabo Delgado.

After a decade of traumatic terrorist attacks that killed nearly 300 people and wounded almost 1,000, France plans to memorialize this collective suffering with a new museum that will trace the development of terrorism over the ages.

As global trade has grown, shipping companies have steadily increased ship sizes. But the Suez Canal blockage, in which a vessel longer than the Empire State Building, above, created a global shipping snarl that could take weeks or months to unravel, showed that bigger is not always better.

A question about pieces of a manuscript found in 1883 that may or may not be authentic led Jennifer Schuessler, a reporter covering intellectual life for The New York Times’s Culture Desk, into The Times’s archive. Here’s an edited excerpt.

Earlier this year, a scholar named Idan Dershowitz argued that 15 manuscript fragments that had surfaced in 1883 and that initially were said to contain an alternate version of the Book of Deuteronomy were indeed authentic ancient documents, and not the forgeries they were later denounced as.

The claim came with a wild back story involving a 19th-century Jerusalem antiquities dealer named Wilhelm Moses Shapira, who had offered them to the British Museum for 1 million pounds and then committed suicide after they were deemed fake.

As it turned out, the mysterious Shapira had made a number of fleeting appearances in The Times over the years. A skeptical 1873 column headlined “Explorations in the East,” describes a “Prof Shapira, of Jerusalem” (no first name given) as a leader in the often dubious trade. The anonymous correspondent wrote, “He sells a hundred things dug up out of the ground — tiles, pots, vases, tablets and pieces of statuary with inscriptions.”

A year later, in 1874, The Times reported that supposedly ancient Moabite pottery sold by Shapira, “the Great Showman of the East,” had been revealed as “a colossal swindle.” In 1883, after the Deuteronomy manuscripts were declared forgeries, the paper ran a scathing denunciation.

Six months later came a report noting that “the unfortunate man” had committed suicide in a hotel in Rotterdam, the Netherlands. That, it might have seemed, was that.

But in 1956, The Times reported that a respected scholar at the University of Wisconsin had suggested that the case should be considered anew in view of the recent discovery of the Dead Sea Scrolls, with which it had some similarities.

Since my article appeared earlier this month, readers have wondered: What happened to the fragments themselves?

At least some of them were sold at an auction for a pittance. Over the years, various “Shapira-maniacs” have explored various theories about what happened next. (Were they lost in a London house fire?)

Mr. Dershowitz, a professor at the University of Potsdam, told me that he thought it was possible some of the fragments could surface. If they did, carbon dating and other analysis might support his claims — or prove him embarrassingly wrong. But whatever the next chapter of this story brings, I’ll be following along.

A Dutch baby makes an excellent breakfast, brunch, lunch and dessert any time of year.

We rounded up the 50 best shows on Netflix right now, including “Lupin” and “City of Ghosts.”

A year into working remotely, you may feel the toll of long hours at your desk. Here are three stretches to help relieve pain and improve blood flow to your muscles.

The 21-year-old rapper Lil Nas X has launched a good old-fashioned moral panic since the release four days ago of his frisky new single “Montero,” our critic writes. He has been using Twitter to bait critics and swat them away.

That’s it for today’s briefing. Have a peaceful Wednesday. — Natasha

P.S. Somini Sengupta, our international climate reporter, joined CBSN to discuss how the decline of public transit use is negatively affecting climate change.

The latest episode of “The Daily” is on a national campaign to restrict voting.