Senator Jack Reed said he favored seeking an extension of the May 1 deadline for withdrawing troops that President Donald Trump and the Taliban negotiated last year. 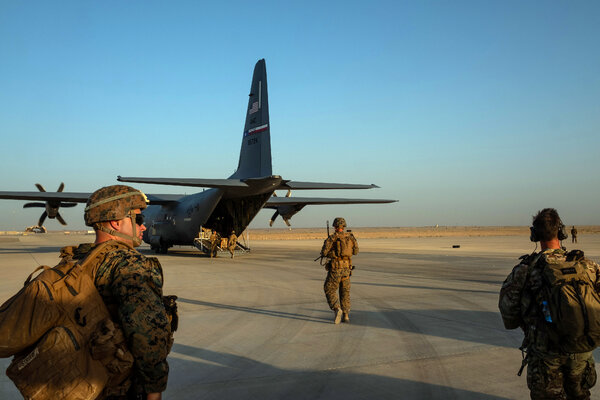 WASHINGTON — The new chairman of the Senate Armed Services Committee said on Wednesday that the Biden administration should not withdraw all U.S. forces from Afghanistan to meet a May 1 deadline negotiated by the Trump administration and the Taliban.

Instead, said Senator Jack Reed, a Rhode Island Democrat who took control of the panel this month, the United States should seek an extension of the deadline to give diplomats more time to negotiate an agreement between the Taliban and the Afghan government.

“To pull out within several months now is a very challenging and destabilizing effort,” Mr. Reed told reporters on a video conference call organized by George Washington University.

Mr. Reed, a former 82nd Airborne Division officer who has visited Afghanistan 18 times as a lawmaker in the past two decades, added his voice to a growing number of national security specialists, including those on a bipartisan, congressionally appointed panel, who argue, in essence, for abandoning the May 1 timetable. They say that the Taliban have not met the conditions for a U.S. withdrawal as set by the Trump-Taliban agreement last February.

“I would expect some extension,” Mr. Reed said, even if that ultimately meant more time for the United States to withdraw the 2,500 troops in the country now.