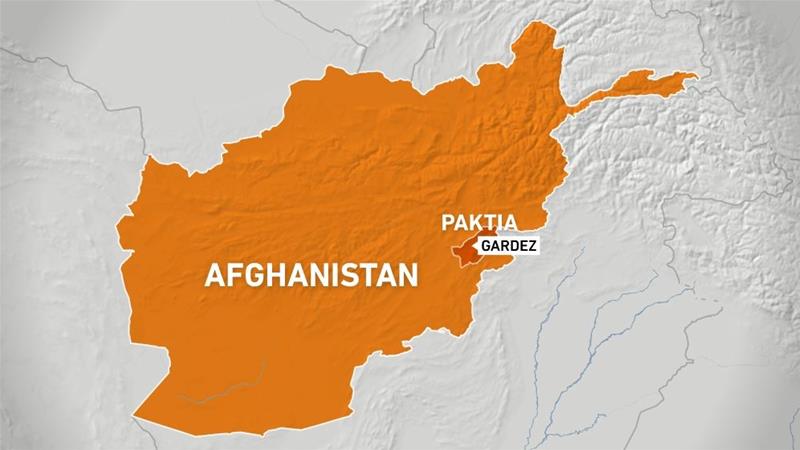 At least three members of Afghan government forces have been killed after Taliban fighters launched a complex attack on a military base in the eastern city of Gardez, an official told Associated Press.

Abdul Rahman Mangal, spokesman for Paktia provincial authorities, said at least five other officers were wounded in the attack, adding that security forces killed both attackers in a gun battle in the provincial capital.

Mangal added that a suicide car bomber targeted the entrance gate of the base in Gardez, then two gunmen started shooting at the public protection forces – a paramilitary-style force funded by the government.

The area is now under control, the spokesman said.

A Taliban spokesman, Zabihullah Mujahid, announced the group’s claim of responsibility for the attack.

The attack comes after Afghan President Ashraf Ghani appointed a 46-member council for national reconciliation, which will have the final say on whether the government will sign a peace deal with the Taliban after what are expected to be protracted and uncertain negotiations with the armed group.

The negotiations to be held between the Kabul leadership and the Taliban were envisaged under a US-Taliban peace agreement signed in February.

The Taliban has been engaged in an armed rebellion since 2001 when it was removed from power in a US-led invasion.

But the so-called intra-Afghan talks aimed at reaching lasting peace have been delayed over a prisoner swap set out in the February deal which envisaged the Afghan government releasing 5,000 Taliban prisoners in return for 1,000 security force prisoners held by the armed group.

The Afghan government – which had been excluded from the February deal – has reversed a decision to release the last 320 Taliban prisoners it is holding until the armed group free more captured soldiers.

The agreement signed in the Qatari capital Doha also called for the withdrawal of US forces from Afghanistan in exchange for security guarantees by the Taliban.