The South Asian nation wins a place at the UN Commission on the Status of Women that works for gender equality. 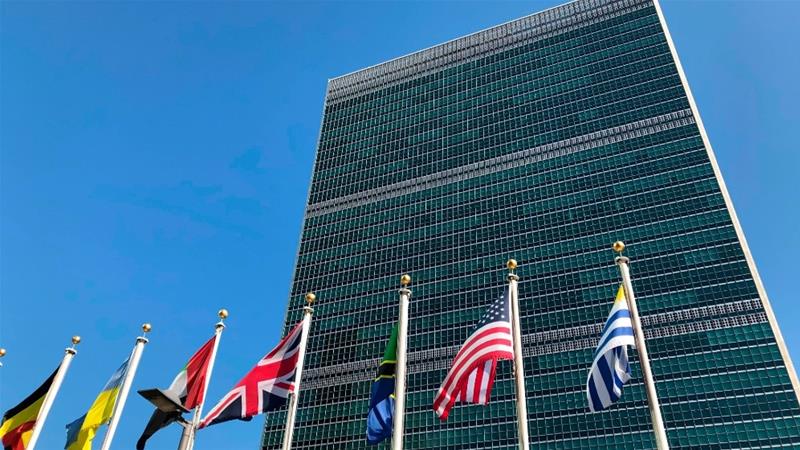 Afghanistan has secured a seat at the United Nations Commission on the Status of Women (CSW) for the first time in its history, the South Asian country’s Permanent Mission to the UN announced on Tuesday.

Afghanistan received 39 votes to find a place at the prestigious body, which is dedicated to the promotion of gender equality and the empowerment of women globally. India also secured a seat.

China was also a contender but failed to secure enough votes. The term will last from 2021 until 2025.

Afghanistan’s representative to the UN, Adela Raz, said winning the seat was of “critical importance”.

The issue of women’s rights in Afghanistan is significant in negotiations between the current Afghan government and the Taliban aimed at bringing an end to conflict in the country.

“While Afghan women are being underestimated and their rights are in on the edge and  there is a fear of [those rights] being compromised during peace negotiations, I highly appreciate the appointment of Adela Raz this important position.  This will pave the way for her to advocate more efficiently for Afghan women and their rights,” Shkula Zadran, Afghanistan’s youth representative to UN, told Al Jazeera.

The so-called intra-Afghan talks being held in the Qatari capital, Doha, come more than six months after the United States and the Taliban signed an agreement to end the 19-year war.

That deal called for the withdrawal of American troops from the country in exchange for a security guarantee from the Taliban, which has waged an armed rebellion since 2001 when it was removed from power in a US-led invasion.

Many Afghan women have shown concern that a US troop withdrawal and the re-emergence of the Taliban in Afghan politics could thwart their efforts to secure more rights for women.

During their six-year reign from 1996 to 2001, the Taliban imposed measures to limit women’s rights, banning girls education and employment. But last year, a Taliban official told Al Jazeera that the group would strike a “moderate tone” on women’s issues.

“It is very privilege for Afghan women to win highest votes. We need strong women to represent Afghan women that we the women of Afghanistan can be the best political figure, great entrepreneur, best house wife, teacher and solder , specially now when peace talk is happening,” Zakia Wardak, Consular General of Afghanistan in Mumbai, told Al Jazeera.