Three Chinese astronauts docked with the country’s still-under-construction space station on Thursday, beginning what their government expects will be a decade or more of continuous presence by Chinese astronauts in Earth’s orbit.

Less than seven hours after the astronauts blasted off from a base in the Gobi Desert on a clear, sunny morning, their spacecraft, Shenzhou-12, docked with the station’s core module, Chinese state media reported.

With that, the Chinese station, called Tiangong, or Heavenly Palace, became one of two populated outposts in orbit. The other, the International Space Station, has operated for more than two decades, but its future is uncertain because of age, budget constraints and tensions between its main partners, the United States and Russia.

No such problems face the Chinese space program, which is building its station independently, though it has invited other countries to contribute experiments and may, in the future, welcome foreign astronauts. 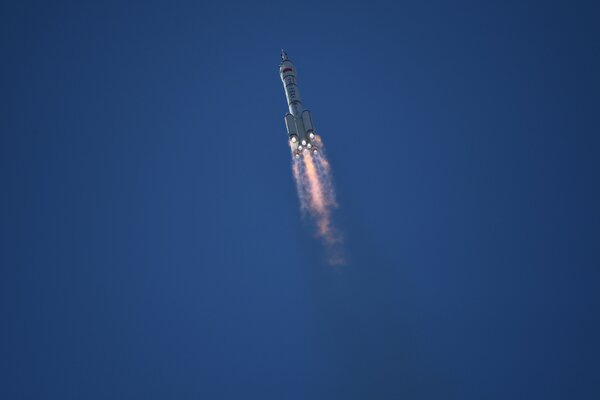 The completion of Tiangong, expected by the end of next year, will be yet another milestone for an ambitious space program whose recent missions have included bringing samples back from the moon and landing a robotic rover on Mars.

The launch Thursday was shown live on Chinese state television, a reflection of top officials’ growing confidence in the space program. Its missions have often been shrouded in militarylike secrecy, presumably, at least in some cases, out of fear that something might go wrong. Images from the recent Mars mission were not released for days.

Before Thursday’s launch, by contrast, China’s space agency arranged briefings for selected news organizations as well as interviews with the astronauts, who were escorted to the launch site just after dawn on Thursday by a motorcycle guard along streets lined with people waving flags.

“It feels great,” the commander of the mission, Maj. Gen. Nie Haisheng, said in a video showing him and the others preparing to board Shenzhou-12 on Thursday morning. “My heart is flying, marching courageously forward.”

Senior political and military leaders watched from the space launch center near Jiuquan, a city on the edge of the Gobi, near China’s border with Mongolia. They included Han Zheng, one of seven members of the Politburo Standing Committee, the Communist Party’s top governing body, which is led by Xi Jinping, the country’s paramount leader.

Mr. Xi did not attend, in contrast to his predecessor, Hu Jintao, who witnessed the start of China’s first human spaceflights in person. The country’s string of successful missions in space has been touted by officials and in state media as validation of the Communist Party’s rule in China and Mr. Xi’s position at the top.

All three astronauts are party members, and they and other space officials repeatedly credited Mr. Xi or the party for the country’s feats in space. Several officials noted that the mission will coincide with the 100th anniversary of the official founding of the Chinese Communist Party in Shanghai on July 1, 1921.

“The construction and operation of the space station can be considered an important symbol measuring a country’s economic, technological and comprehensive strength,” Ji Qiming, an assistant to the director of the China Manned Space Agency, said at a prelaunch briefing.

The three astronauts are China’s first in space since 2016. It is only China’s seventh crewed mission — the first was in 2003 — but more are coming. Three additional launches will carry astronauts to the space station in the next year and a half to complete its construction.

China launched the station’s main module in April and docked a cargo ship to it a month later. Shenzhou-12, a craft modeled on the Soviet-era Soyuz capsules, consists of three modules, including a re-entry craft that will bring the astronauts back to Earth.

The remainder of the Shenzhou-12 will effectively become a third piece of the space station, which is orbiting 242 miles, or 390 kilometers, above Earth, slightly lower than the International Space Station at 248 miles.

The astronauts will spend three months in space. Since the station remains under construction, the astronauts’ main task is essentially to move in, begin installing equipment like cameras and start testing various functions, including life support and waste management. They are scheduled to conduct two spacewalks.

The commander, General Nie, of the People’s Liberation Army’s Astronaut Brigade, is a former fighter pilot and veteran of two previous Shenzhou missions, in 2005 and 2013. At a briefing with journalists on Wednesday, he said this mission would be more arduous and challenging than his previous two.

“We will not only have to arrange the core module, the ‘space home,’” he said, “but also to carry out a series of key technology verifications.”

At 56, he is the oldest Chinese astronaut to fly in space. (The oldest person ever to do so was John Glenn, the first American in orbit, who returned 36 years later aboard the space shuttle Discovery in 1998, when he was 77.)

Another crew member, Maj. Gen. Liu Boming, 54, is also a space veteran, having been part of a mission in 2008 that included China’s first spacewalk. That feat was accomplished by another astronaut, Zhai Zhigang, but General Liu briefly emerged from a portal to become the second Chinese astronaut to walk in space. The third astronaut, Col. Tang Hongbo, 45, is making his first trip after 11 years of training.

China previously launched two, short-lived prototype space stations, also called Tiangong. This one is intended to be more durable, serving for the next decade as an orbiting laboratory for the country’s space program.

Officials said the station would allow Chinese astronauts and scientists on the ground to perfect complex operations and conduct experiments in the weightless space environment. At least nine scheduled experiments, so far, will involve international partners. Officials have said that once the station is completed, they will consider ferrying foreign astronauts to the station.

Mr. Ji, the space agency’s assistant director, acknowledged at a briefing that China was “a latecomer” to the construction of orbiting space stations, which the United States and Soviet Union accomplished decades ago. He said, however, that China benefited from “latecomer advantages.”

The Tiangong is being built at a time when Russia and the United States are squabbling over the future of the International Space Station, and when China and Russia are cooperating more closely on space exploration.

The International Space Station was originally scheduled to be retired in 2015, just four years after construction was completed, but its lifetime was subsequently extended to 2020, then through 2024. Legislation that recently passed in the United States Senate proposes another extension, to 2030.

In 2018, President Donald J. Trump’s administration said it wanted to end direct federal financing of the station after 2024 and shift orbital operations to private space stations. After that decision was criticized, however, NASA officials insisted that it was not a fixed deadline. A NASA feasibility study concluded that the aging space station could keep going through at least 2028, though Russia has signaled that it might consider pulling out of the project before then.