OSAKA (Reuters) – There’s a sense of panic within Japan Inc and the government – the world’s No. 3 economy doesn’t have enough experts in artificial intelligence and it’s time to do something about it. 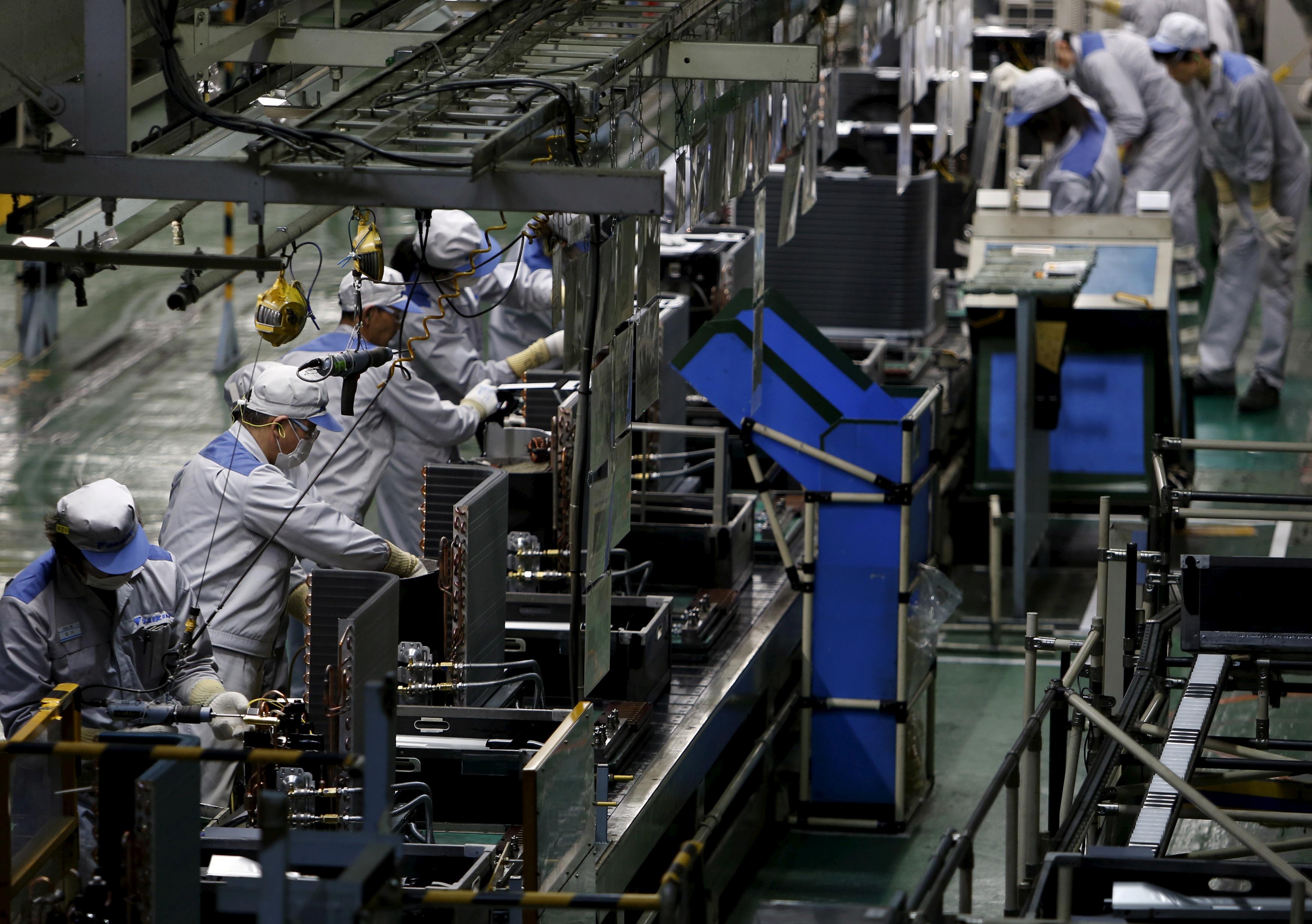 Prime Minister Shinzo Abe in June unveiled a plan to train 250,000 people in AI skills annually by 2025, albeit one criticized as unrealistic due to a shortage of teachers. Tech heavyweights like Sony Corp (6758.T) are hiking pay for the right hires and boosting recruitment of foreign engineers.

But Daikin Industries Ltd (6376.T), the world’s biggest maker of air conditioners with a market value of $37 billion, is taking a more unusual route to AI expertise.

At a disadvantage to bigger tech firms in attracting top talent, it has created an in-house program that takes new graduates and current employees – almost all with no AI background – and trains them up.

It aims to make 1,000 employees AI-savvy by 2022, in what Daikin says is one of the most ambitious AI-specific training programs by a Japanese company.

“We have a sense of crisis as we don’t have experts well-versed in information technology when AI and data analysis are in great demand,” Yuji Yoneda, executive officer at Daikin’s Technology and Innovation Center, told Reuters.

Daikin sees AI as essential to its future business model, in which it plans to offer subscription services with AI-powered air conditioners adjusting the temperature and quality of air autonomously to improve efficiency in factories and households.

“Just as car makers are promoting the concept of mobility as a service, we will promote air as a service by providing various services related to air,” he said.

New hires get the most training with a two-year program. The first crop of 100 graduates hired last year took classes given by Osaka University professors for about six months, with the rest of their first year spent on data analysis and group work. This year, they have been assigned to various departments for on-the-job AI training.

Daikin declined to comment on the cost of its program.

By comparison, Sony offers its engineers 290 courses, including AI-courses, that range from a few hours to several days.

Daikin is also keen to hire more engineers from India and China but says its struggles in the United States where it needs to offer hundreds of thousands of dollars to attract the graduates it wants. Additionally, it is looking at raising pay for AI experts to keep them loyal to the company.

Japan’s AI woes can be overstated. Of the top 20 companies in AI patents, 12 are Japanese, according to the World Intellectual Property Organization’s 2019 report on technology trends. These include Toshiba, NEC Corp (6701.T), Panasonic Corp (6752.T), Sony and Toyota Motor Corp (7203.T).

But compared to the United States, which issued a national AI development plan in 2016, and China which unveiled plans in 2017 to become a global leader in AI by 2025, Japan is lagging.

Japanese universities have also come under fire for not doing enough in AI and data science education. The industry ministry estimates Japan had a shortage of 220,000 IT workers in 2018, which could deepen to 790,000 in 2030 – a prediction that was part of the impetus for Abe’s plan to train 250,000 people in AI annually.

In contrast, the World Intellectual Property Organization report noted that Chinese organizations make up 17 of the top 20 academic players in AI patenting.

Hitoshi Matsubara, vice president of Future University Hakodate and an expert in AI, says Japan needs to invest more, make IT jobs more attractive and shake off the mindset that most employees of the same age should be treated equally.

“In Japan, IT jobs have long been thought of as labor-intensive with low pay and late-night work. If they are as well-paid and rewarding as in the United States and China, information science would become more popular among students,” he said.

That is starting to change.

This year, Sony began to offer starting salaries of up to 7.3 million yen for postgraduates proficient in areas such as AI, compared with its standard starting salary of 6 million yen. Toshiba also overhauled its pay system, allowing it to offer bigger salaries to people with expertise in AI and the Internet of Things.

Chat app operator Line Corp (3938.T), which is diversifying into fintech and AI, also boosted annual pay to top graduates to as much as 8 million yen compared to 5.5 million yen for lower-skilled engineers. It is also a heavy recruiter of foreign engineers, who account for 37% of its 670 engineers in Japan.

Sony too is casting its net wider, with favored recruitment grounds including Carnegie Mellon University, Tsinghua University and Indian Institute of Technology.

“Competition in hiring IT talent – whether new grads, mid-career and foreign workers – is getting tougher and tougher,” says Kazunari Ikeyama, a manager in Sony’s human resources division. “We’re broadening our focus, not just in Japan but also globally.”