Two of the three detained Australians were arrested 10 weeks ago after allegedly flying a drone in Iran without permit. 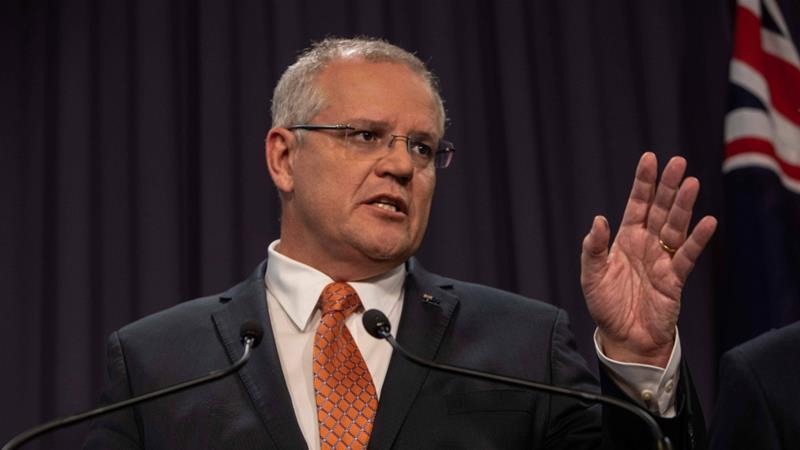 Australian Prime Minister Scott Morrison says his country is pursuing the cases of two women who are dual Australian-British citizens and an Australian man who have been detained in Iran, one of them sentenced to 10 years in prison.

Morrison told reporters in Canberra on Thursday that Australian officials were providing consular assistance to the families of all three.

He said public commentary on consular cases “is never in the interests” of those involved with the case.

“We will continue to pursue these matters in the interests of the Australians who are at the centre of these cases and we will do that carefully and we’ll do that in close consultation through our officials who have been part of this process now for some time,” Morrison said.

A British-Australian blogger and her Australian partner were detained 10 weeks ago while travelling through Asia, The Times newspaper reported.

In her public social media account, King’s last post showed of photo of her horse riding in Kyrgyzstan.

We’ve managed to survive 3 months of living in a car together and Mark not leaving me on the side of the road somewhere for being a bit crazy ?Looking forward to the next part of the adventure starting in a few days ? . . . . . . #thewayoverland #travel #vlog #travelvlog #happydays

The report said that the couple were arrested after allegedly flying a drone without a licence.

A British-Australian academic who studied at Cambridge University and was lecturing at an Australian university was detained separately and sentenced to 10 years in prison, The Times reported. The academic has not been identified.

The newspaper said she was being held in solitary confinement, but said it did not know what she had been convicted of doing.

The lecturer has been behind bars for almost a year, the Australian Broadcasting Corporation reported.

The Australian Department of Foreign Affairs and Trade urged Australians to follow its travel advice, which includes a warning that foreigners risk arbitrary detention in Iran.

The detentions come after Australia announced that it would join a US-led mission to protect shipping through the Strait of Hormuz.

In August, Morrison had announced a “modest” contribution to the controversial mission — including a frigate, a P8 maritime surveillance aircraft and support staff — which will also involve British forces.

Analysts see the arrests as a tactical ploy to gain leverage, or as part of the murky politics in Iran — with hardliners in the judiciary and the security apparatus scuttling the more conciliatory approach of moderates.

In 2016, Iran detained and jailed British-Iranian national Nazanin Zaghari-Ratcliffe after accusing her of conspiring to topple the Iranian leadership, an allegation that she and her family have denied.

The British government warns all Iran-UK dual nationals against travelling to the country, noting they run a higher risk of being “arbitrarily detained” than people who only hold only UK citizenship.

There are at least three dual Iranian-Americans, one Chinese-American and one US Navy veteran detained in Iran.

Already difficult relations with Iran have threatened to boil over since United States President Donald Trump abandoned a deal on Iran’s nuclear programme in 2018.

Iran has responded by resuming some prescribed nuclear activities, which it insists are allowed under the framework of the 2015 nuclear agreement.

In recent days, however, there have been reports of Trump expressing his willingness to engage directly with Iran, including a possible meeting with Iranian President Hassan Rouhani in New York.