SYDNEY (Reuters) – Australian retailers had it tough in October as skittish consumers chose to hoard any windfall from lower interest rates and tax rebates, likely heralding another quarter of disappointment for the economy. 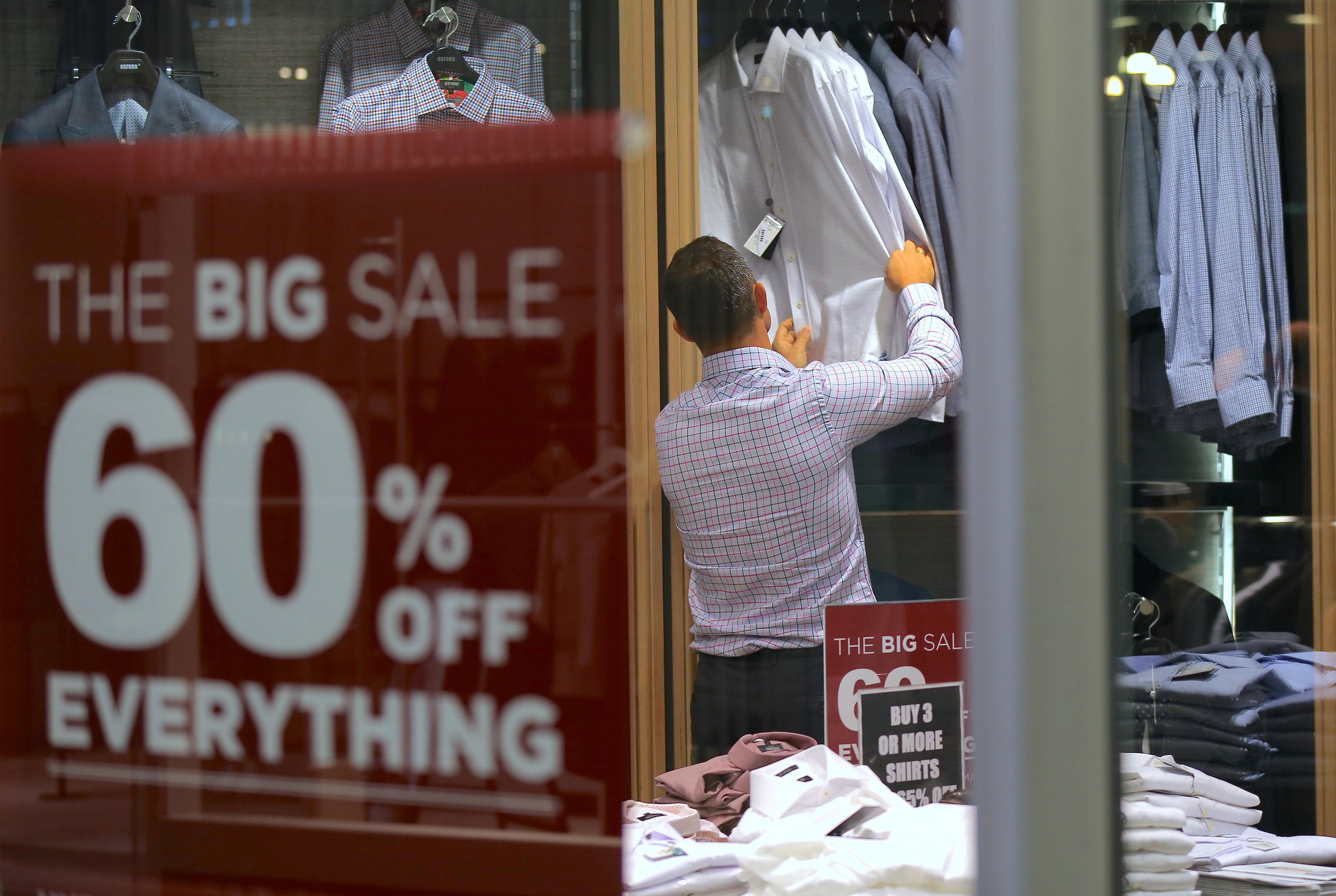 Data out on Thursday also showed the country’s trade surplus shrank by a third in October as resource exports came off the boil, a worrying turn for what has been a vital prop to growth.

Extending a spate of soft reports, retail sales were flat in October at A$27.6 billion ($18.73 billion) when analysts had looked for a 0.3% gain. Clothing, home wares and department stores all saw declines in the month.

The sector had already suffered its worst 12-month stretch since the 1991 recession as shoppers struggled with stagnant wages and sky-high debt.

The dire result was particularly telling as the Reserve Bank of Australia (RBA) had cut interest rates to a record low of 0.75% in early October, its third easing since June.

Neither were government giveaways providing much impetus with billions in tax rebates being saved rather than spent.

That is becoming an increasing headache for Prime Minster Scott Morrison given he won re-election in May on a pledge the economy would always be stronger under his guidance.

“The spending ‘strike’ of Q3 looks to have extended into early Q4 with still no evidence of a boost from tax refunds or rate cuts – the combined value of which will be adding around $16.6 billion to household disposable incomes over the year to June 2020,” said Westpac senior economist Matthew Hassan.

Investors are wagering policy makers will have to do a whole lot more to revive spending and futures are fully priced for a rate cut to 0.5% by April <0#YIB:>, with a real chance of a move to 0.25% by late 2020.

NOT SO MERRY XMAS

Weakness in household consumption was the main reason gross domestic production (GDP) managed only a modest 0.4% gain in the third quarter, and this quarter was looking no better.

There was anecdotal evidence that retailers fared well in November’s Black Friday and Cyber Monday sales, yet history suggests these merely pull spending forward from Christmas.

Adelaide Timbrell, an economist at ANZ, noted the sales surge that used to come in Christmas has been on the wane.

“The growth of online retail and, in particular, heavy discounting coming into the Christmas season may be behind the weakening effect, which has seen a particular downward trend in the last 10-12 years,” she said.

“The rising intensity of competition for the Christmas Dollar, means stabilization isn’t expected in the short term.”

While retailers were struggling, Australia’s exporters have never had it so good thanks to high prices for key resources and strong Asian demand in the tourist and education sectors.

Yet even they hit a bump in October as a 5% drop in exports shrank the country’s trade surplus by a third to A$4.5 billion.

Iron ore alone dropped A$1.2 billion as prices retreated from their highs after supply disruptions in Brazil caused a spike in the first half of the year.

Gold exports fell another A$666 million, though this is a volatile component as shipments vary widely month to month.

“The first look at Australia’s external performance for Q4 suggests the era of very large trade surpluses could be behind us,” said CBA economist Belinda Allen.

“Commodity prices were lower in both October and November, and as a result there are downside risks to export values in coming months.”