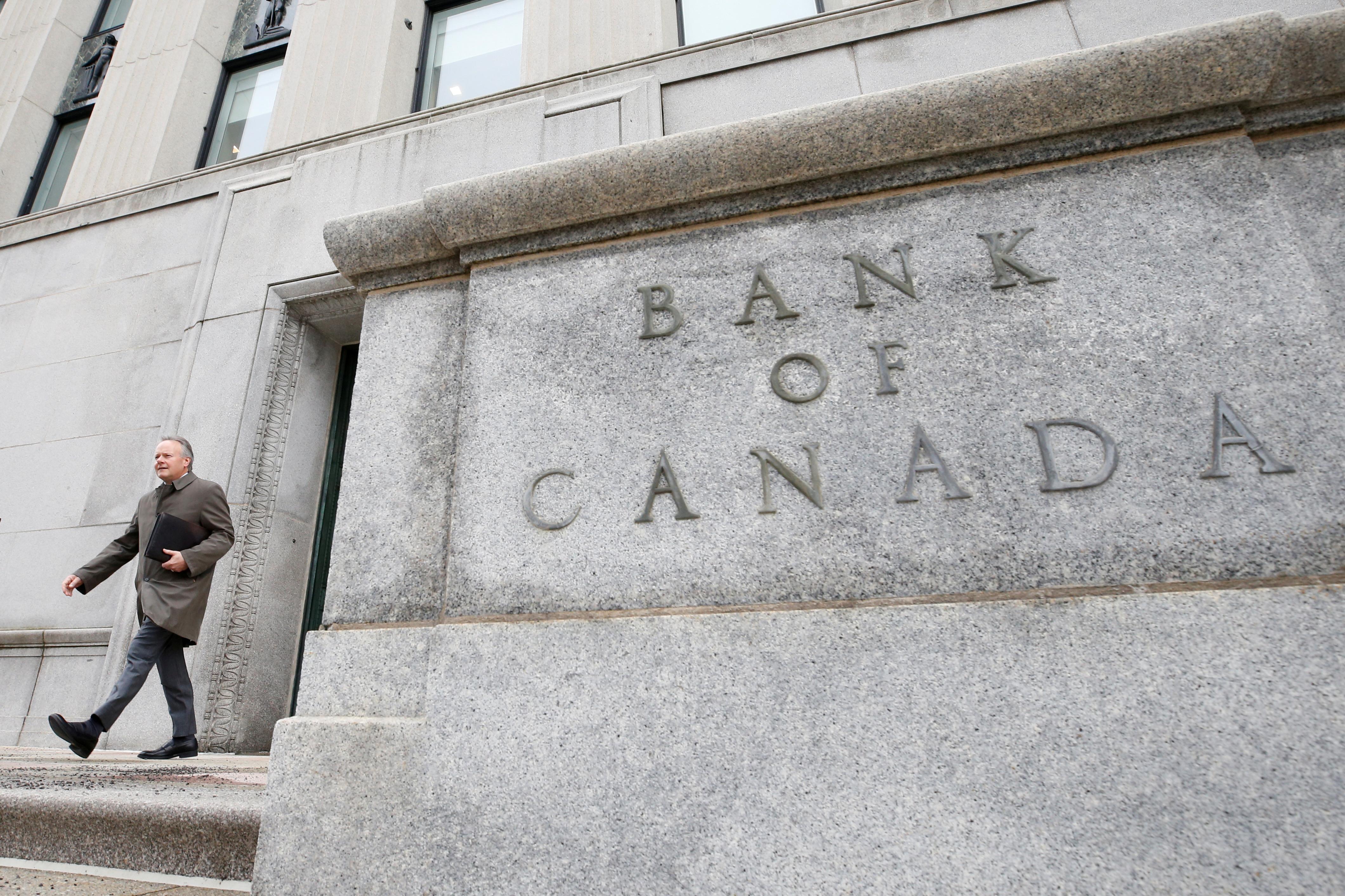 OTTAWA (Reuters) – The Bank of Canada kept interest rates on hold on Wednesday as expected and said there might be more room for non-inflationary growth, suggesting the pace of future hikes could be more gradual.

The central bank, which has lifted rates fives times since July 2017 as the economy strengthens and reaches capacity, repeated that more monetary tightening would be needed to help meet its 2.0 percent inflation target.

But it noted downward revisions by Statistics Canada to growth figures, together with recent macroeconomic developments, “indicate there may be additional room for non-inflationary growth.” This is a sign the economy might not be as close to capacity as previously thought.

The bank’s overnight interest rate stays at 1.75 percent, still well below the “neutral” rate of 2.5-3.5 percent where monetary policy is neither stimulative or accommodative.

“Governing Council continues to judge that the policy interest rate will need to rise into a neutral range to achieve the inflation target,” said the bank, predicting inflation in coming months will ease more than previously forecast as gasoline prices fall.

The appropriate pace of future hikes would depend on the effect of higher rates on consumption and housing, global trade developments, the oil price shock, the evolution of business investment “and the Bank’s assessment of the economy’s capacity”, it added.

The bank “will reassess all of these factors” in projections for the economy that it is due to release on Jan. 9, it added.

The bank said the Canadian economy had grown in line with expectations in the third quarter but data suggested less momentum going into the fourth quarter. Weaker oil prices and associated production cutbacks mean activity in the energy sector is set to be materially weaker than expected.

Prices for oil – one of Canada’s biggest exports – have fallen, and recent data showed the economy shrank in September.