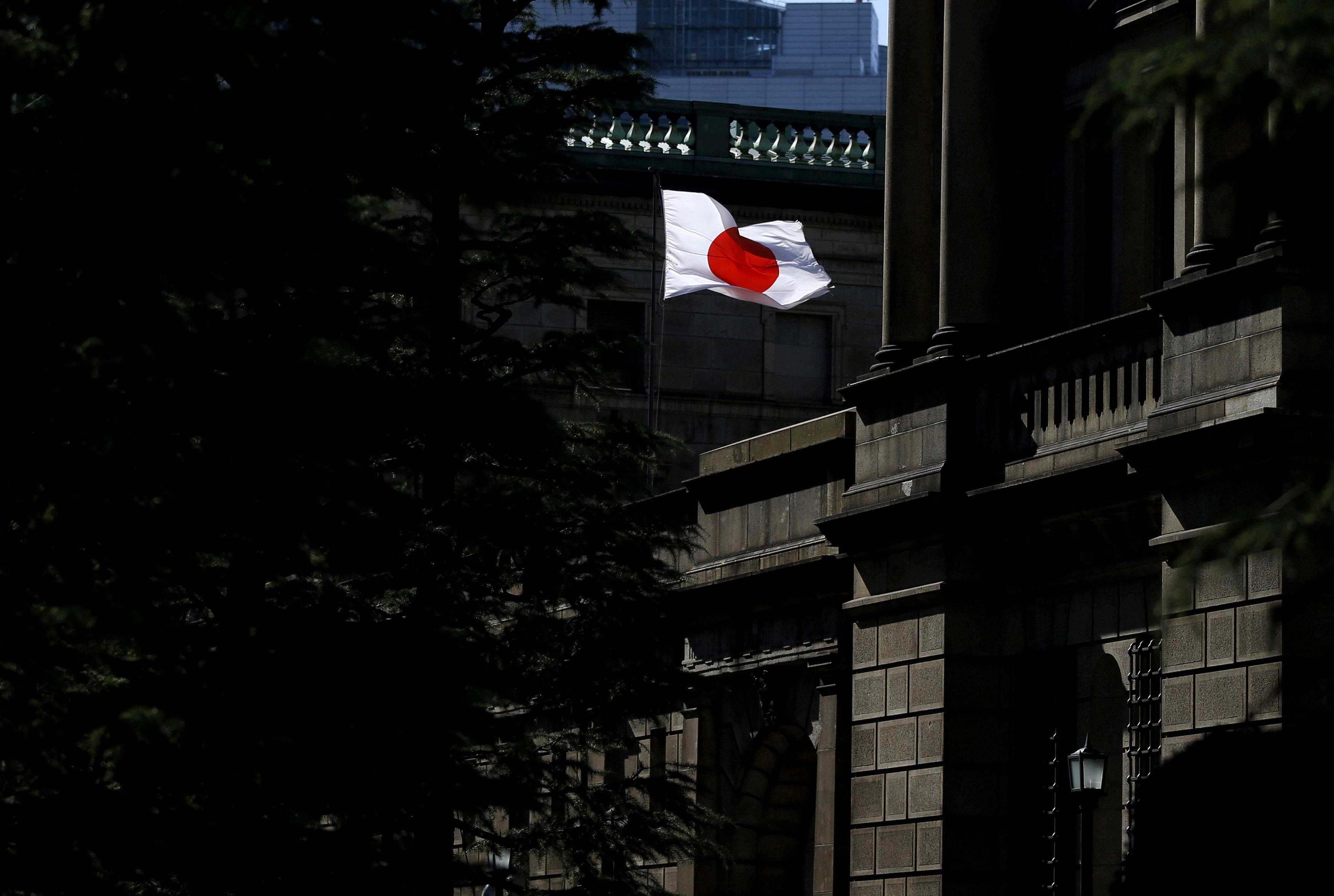 Central bank data released on Tuesday showed how much the BOJ has amassed over 5-1/2 years of what it calls “quantitative and qualitative” easing policy.

The BOJ has become the world’s second central bank after the Swiss National Bank and the first among Group of Seven countries to own a pool of assets bigger than the economy it is trying to stimulate.

Japan’s nominal gross domestic product for the April-June, the latest data available, was an annualized 552.8207 trillion yen. The reading for July-September, due on Wednesday, is expected to show a contraction after natural disasters.

While some analysts credit its unique policies with lifting the economy out of decades of deflationary pressures, the BOJ has had little success meeting its two percent inflation target or reviving domestic demand and growth.

Some investors see the BOJ’s inflation target as too ambitious and one that has forced it to keep buying a massive amount of bonds and stocks even as other major central banks have started to remove crisis-era policy accommodation.

At the same time, the aggressive asset purchases in recent years now mean the BOJ owns about 45 percent of the 1 quadrillion yen Japanese government bond (JGB) market, crowding out banks and other investors.

“The Bank of Japan’s policy is clearly not sustainable. The BOJ would suffer losses if it would have to raise interest rates to, say, two percent,” said Hidenori Suezawa, a fiscal analyst at SMBC Nikko Securities. “Also, in case of emergencies, such as a natural disaster or a war, the BOJ won’t be able to finance government bonds any longer.”

The BOJ’s assets started ballooning when Governor Haruhiko Kuroda took the helm at the central bank in early 2013, vowing that such steps would boost Japan’s inflation to two percent in two years.

That inflation target has proved elusive, barring a brief spike in prices after a sales tax hike in 2014.

Since Kuroda started the massive stimulus in early 2013, nominal GDP has grown a total of 11.0 percent, or a quarterly average of 0.50 percent, one of the fastest growth rates in recent history.

Kuroda’s predecessor Masaaki Shirakawa saw the economy shrink 6 percent, or a quarterly average of 0.33 percent, during his tenure, though the global financial crisis in 2008 and tsunami and nuclear disaster in 2001 are largely to blame.

But real growth under Kuroda looks less impressive, with a total of just 6.7 percent so far, or a quarterly average of 0.31 percent.

That falls short of the growth of 8.75 percent, or 0.44 percent per quarter, under Governor Toshihiko Fukui in 2003-2008, although he enjoyed a tailwind from brisk growth in emerging markets during that period.

Many investors think Kuroda’s aggressive easing is approaching a limit.

The BOJ has been slowing its bond purchase, with its buying falling well short of its semi-official target to increase JGB holdings by 80 trillion yen per year.

Additionally, the impact of Kuroda’s aggressive buying of stocks on valuations has been fleeting. During his first year, when the BOJ bought one trillion yen of shares, the Nikkei index .N225 rose about 20 percent.

But since the BOJ doubled its buying to six trillion yen per year in July 2016, Japanese shares have underperformed many other markets as well as index publisher MSCI’s All Country World Index .dMIWD00000PUS, the benchmark compiler’s broadest gauge of global shares covering 47 markets.

The central bank’s participation in financial markets has been controversial and heavily criticised by Japan’s major market participants, who say it’s sapped liquidity in secondary trading of some segments, especially the domestic government bond market.

To address some of these concerns, the BOJ has sought to tweak its various policy tools to enable what it calls more “sustainable easing”.

In late October, the BOJ said it would reduce the frequency of its bond buying operations in November and aim to have government bonds traded in the secondary market longer than they currently are.

(This story has been corrected in the second paragraph to clarify the figure refers to the BOJ’s total assets, not yen assets)