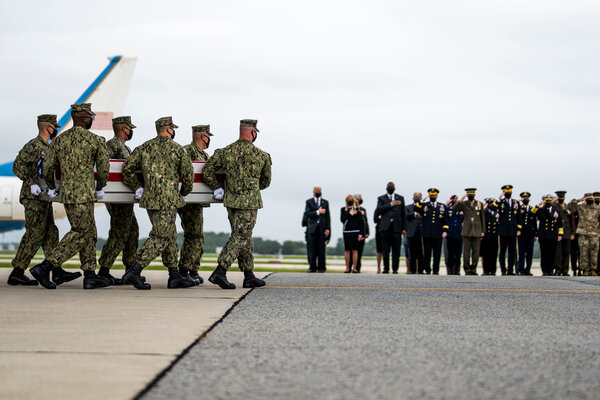 DOVER AIR FORCE BASE, Del. — President Biden landed in Delaware on Sunday morning to join the families of the 13 members of the U.S. military who were killed in a bombing last week in Afghanistan.

The service members include 11 Marines, a Navy medic and a member of the Army. They were killed at the airport in Kabul, the capital of Afghanistan, by a bomber from the Islamic State Khorasan group as they attempted to help people escape the country before American troops complete their withdrawal.