TOKYO (Reuters) – Big data is providing some surprising results for the Bank of Japan and helping ease concerns about pressure on the economy during the coronavirus pandemic, which could influence the way the BOJ manages the world’s most radical monetary stimulus. 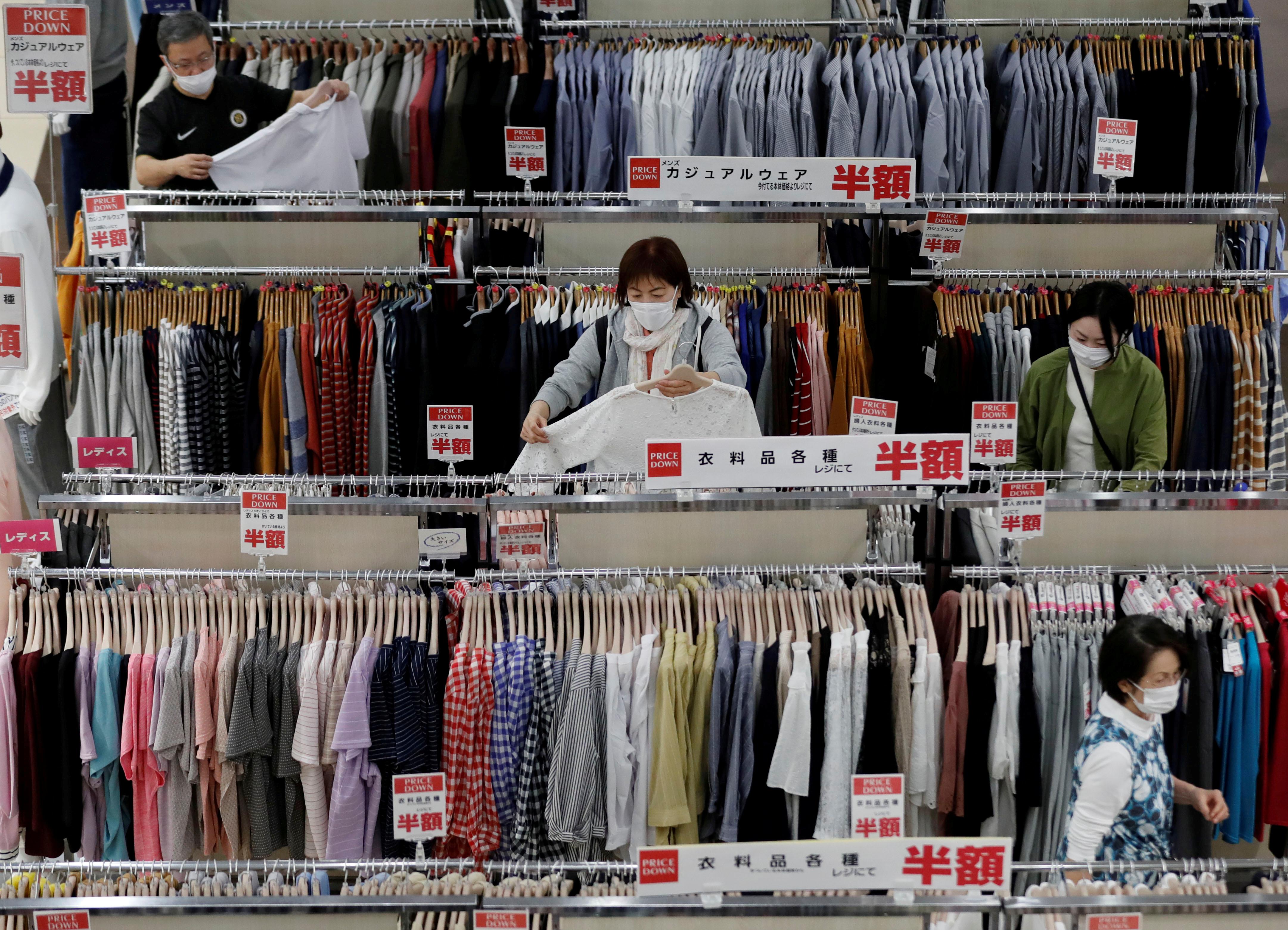 By tapping data provided by Google showing people’s movement via mobile phones, the BOJ found that households’ discretionary spending rebounded faster and more vividly in Japan than in other countries after lockdown steps were lifted in May.

Other big data also showed a marked rebound in durable goods sales such as personal computers, which offset some of the weakness in spending on services including leisure, eating-out and travel.

The revelation helped convince BOJ policymakers to conclude the economy has past the worst and did not need immediate, additional monetary support.

“We expect the economy to recover gradually and steadily,” BOJ Governor Haruhiko Kuroda said after the bank’s decision this month to keep monetary policy steady.

“Service sectors, such as sports and other events, may not recover to pre-COVID-19 levels easily … But consumption and production of goods have hit bottom and are now rebounding sharply,” he said.

Long seen as one of the most conservative central banks when it comes to data, the BOJ is now marshalling a 180-member statistics team to troll through cargo freight movement, traffic data collected from smart phones and satellite images of human activity around factories, for better insights into the economy.

An index tracking real-time trends using private data showed prices of some goods rose steadily even as services costs slumped, suggesting price moves may not be as deflationary as the official consumer price index (CPI) suggests.

The findings prompted the BOJ to warn in its quarterly report in July of the need to look at both the inflationary and deflationary impact COVID-19 could have on prices.

While CPI will remain the BOJ’s key price gauge, its policy may become more detached from the index with more alternative information available, some analysts say.

“The BOJ knows its conventional approach of simply tracking CPI won’t work. While they won’t change the 2% target, they will start looking at a wider range of data,” said Tsutomu Watanabe, a former BOJ official and a pioneer of big data in Japan.

“Policymakers will have to fully rely on big data. That’s already happening across the world and will only accelerate.”

Major central banks are increasingly turning to real-time data to make quick calls on the pandemic-hit economy, as traditional indicators such as monthly retail sales and unemployment figures arrive too late to give a reliable picture of the impact of COVID-19.

The BOJ is playing catch-up.

Last year, the bank created a task force to better reflect big data findings into its economic projections – a small but significant departure from the 140-year-old institution’s traditional emphasis on theory and models.

It also introduced its version of a weekly index the New York Fed uses that combines frequently updated consumer and industrial activity data into a gauge of gross domestic product.

Kazushige Kamiyama, the BOJ’s top economist who spearheaded the changes, says the bank is ready to hire and develop data scientists who can streamline data collection and analysis.

His mission is gaining steam because of the pandemic.

“In times of shock, uncertainty over the state of the economy and its outlook heightens. It’s like driving without your lights on,” Kamiyama told Reuters.

Until recently, the BOJ saw no rush in embracing big data as it could rely on its vast branch network and ability to collect surveys from nearly 10,000 companies each quarter.

But the difficulty of conducting face-to-face interviews with business executives in the COVID-19 era has underscored the need to find more efficient ways to collect information.

Given the challenge of steering policy through radical and unpredictable changes caused by the pandemic, the more tools the policymakers can tap to take the economy’s pulse, the better.

“Big data is useful in identifying shifts in the economic cycle, making it a critical tool in times like now,” said Takeshi Yamaguchi, an economist at Morgan Stanley MUFG Securities who is a fan of high-frequency data.

The fact the BOJ is sailing into uncharted waters – not just on monetary policy but data analysis – highlights a growing view among its policymakers that more needs to be done to grasp complexities in the economy to achieve its elusive price target.

“We need to avoid being too simplistic, and try to look at the economy with a more sophisticated approach.”