NAGOYA, Japan (Reuters) – Bank of Japan Governor Haruhiko Kuroda ruled out the chance of a near-term interest rate hike, arguing that doing so now would only add to strains for financial institutions by threatening to derail the country’s economic recovery. 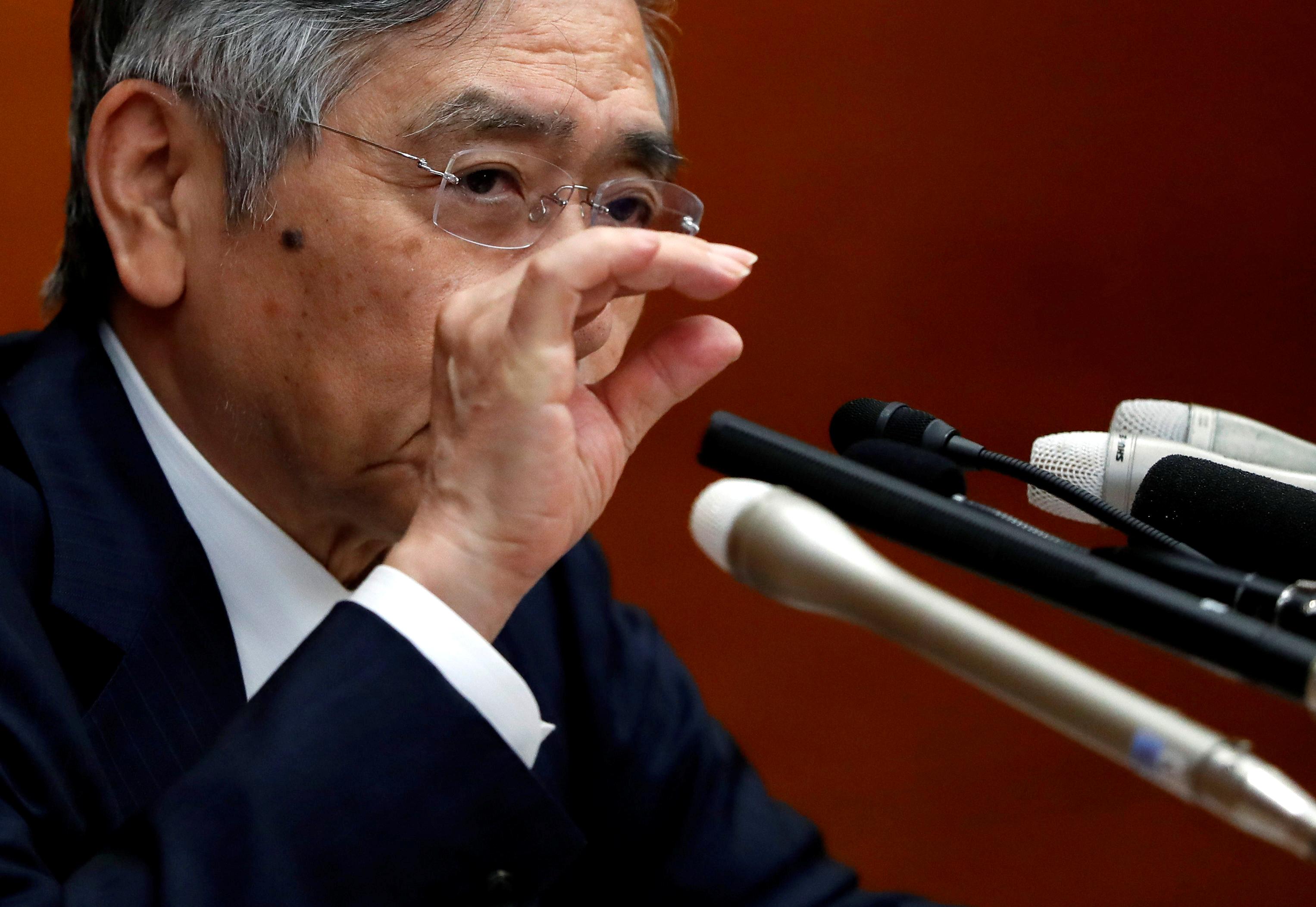 While Kuroda said the BOJ would be more mindful of the rising cost of prolonged stimulus, he saw “no reason” now to follow in the footsteps of its U.S. counterpart in normalizing policy with inflation still distant from its 2 percent target.

Kuroda conceded that Japan’s regional banks could see their business environment worsen further five to 10 years ahead, as they run out of assets to sell to make up for shrinking profits from core lending operations.

But their plight had less to do with the BOJ’s policy than to structural problems like a dwindling population and a lack of funding demand, Kuroda said.

“These long-term problems warrant attention. But for the time being, raising rates and steepening the yield curve could worsen the economy and have an undesirable effect on financial institutions,” Kuroda told a briefing after meeting business leaders in Nagoya, central Japan, on Monday.

“The problems (regional banks) face are structural, so the measures they take must be structural too,” with mergers and integration among steps they could adopt, he said.

The remarks suggest the central bank will hold off from raising rates for the time being, and make only minor tweaks to its program when needed to address the rising costs of easing.

The rising cost of prolonged easing was the focus of debate at the BOJ’s rate review in September, with one policymaker warning that there was a limit to how long the stimulus could be sustained, minutes released on Monday showed.

“One member said there was room to make the BOJ’s policy framework more flexible in the future” if the economy continues to expand, the minutes showed.

Kuroda said the key would be to make the BOJ’s stimulus program as sustainable as possible, so it can keep stimulating the economy without destabilizing the banking system.

“Unlike in the past, Japan is no longer in a situation where decisive, large-scale policy is needed to overcome deflation,” he told a speech to the Nagoya business leaders, dismissing the chance of deploying another huge stimulus program even if the economy deteriorates.

“It’s necessary to persistently continue with powerful monetary easing while looking at the positive effects and side effects in a balanced manner.”

Subdued inflation has forced the BOJ to maintain its radical stimulus program even as years of low rates hurt financial institutions’ profits and dried up bond market liquidity.

The central bank took steps in July to make its policy more sustainable, such as allowing bond yields to move more flexibly around its zero percent target. But the measures have done little to ease the pain on financial institutions.

With the economy in good shape, some lawmakers have said the BOJ should not insist on achieving 2 percent inflation and start thinking of ways to normalize policy.

In the meeting with Kuroda, Ado Yamamoto, head of Nagoya’s business lobby, said the central bank should start to lay out a strategy for ending its crisis-mode policy.

Kuroda dismissed the chance of revealing an exit strategy now, saying that doing so could be counter-productive with inflation only half the level of the BOJ’s target.

But he said he did not expect the ultra-easy policy to last for years, adding that the central bank wasn’t insisting on achieving the price goal at all cost.

“It’s true there is some room for flexibility over our price target,” Kuroda said.

“We’re not aiming to achieve our price target spot on all the time.”