Bolton was speaking to reporters in Tokyo ahead of President Donald Trump’s arrival for four-day Japan visit. 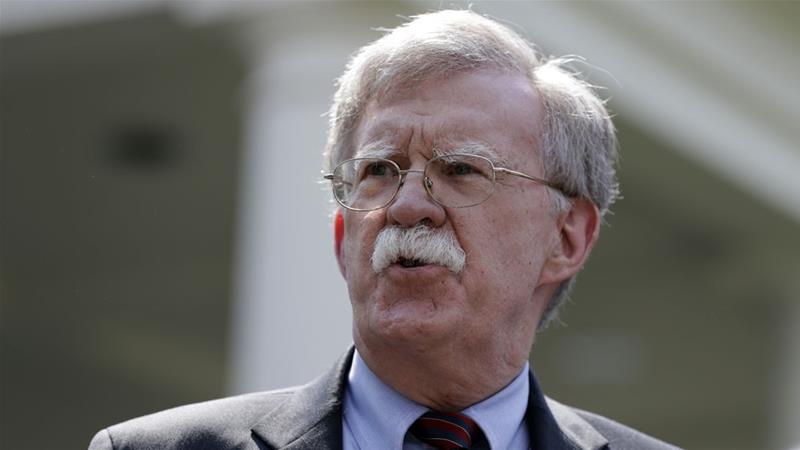 The US, however, is willing to resume talks with North Korea at any time, Bolton said. Washington’s position on the North’s denuclearisation is consistent and a repeated pattern of failures to rid North Korea of nuclear weapons should be stopped, he said.

Bolton was speaking to reporters on Saturday in Tokyo ahead of President Donald Trump’s arrival for a four-day visit to Japan.

Bolton said that North Korea on May 4 and 9 tested short-range ballistic missiles, ending a pause in launches that began in late 2017.

The tests are seen as a way of pressuring Washington to compromise without actually causing the negotiations to collapse.

His comments came a day after North Korea’s official media said nuclear negotiations with Washington won’t resume unless the US abandons what Pyongyang describes as unilateral disarmament demands.

In a statement carried by the Korean Central News Agency, the North Korean spokesman accused the US of deliberately causing February’s talks between Trump and North Korea’s leader Kim Jong Un to collapse by making unilateral and impossible demands.

The North has also strongly protested the recent US seizure of a North Korean cargo ship that was involved in banned coal exports and demanded its immediate return.

Washington says the talks broke down because North Korea demanded sanctions relief in exchange for partially surrendering its nuclear capabilities.

Bolton acknowledged the US has not been “hearing much from North Korea” since the Hanoi summit.

The US special envoy to North Korea, Stephen Biegun, “can’t wait to talk to his North Korean counterpart but they haven’t responded”, he said, adding that he was ready to get on a plane and go “anywhere, any time”.

Trump’s visit will largely highlight close ties with Japanese Prime Minister Shinzo Abe, who is also willing to hold a summit with Kim without preconditions.

Bolton said he supported a possible Abe-Kim summit as an additional push toward resolving North Korea’s missile and nuclear threats.

The two leaders are to discuss North Korea as well as trade, security, and tensions with Iran.