LONDON (Reuters) – Market gauges measuring euro zone break-up risk have fallen silent after this week’s deal among European leaders on a fund to tackle the coronavirus fallout, suggesting fears of another existential crisis for the currency bloc have eased. 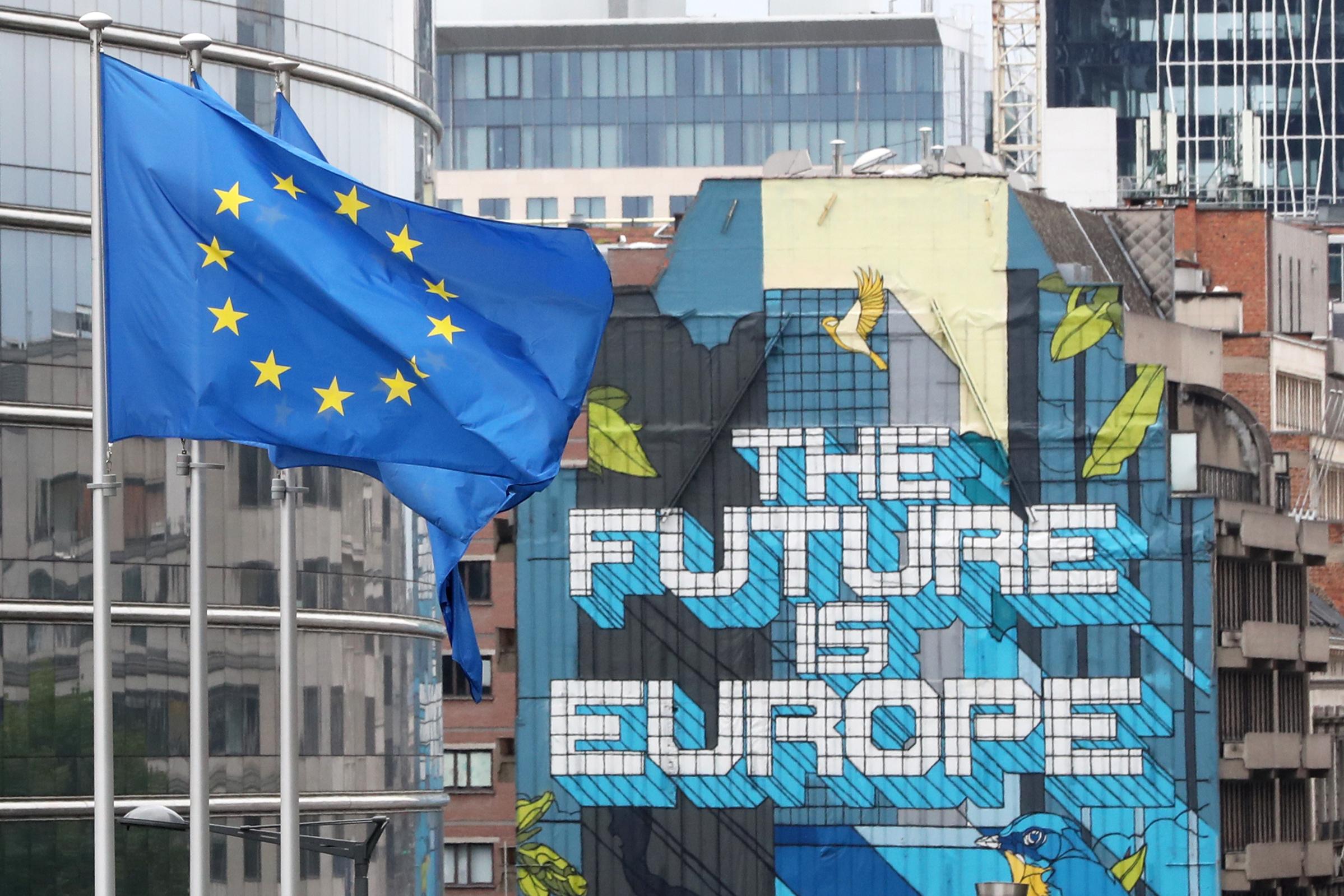 The European Union has agreed to raise billions of euros on capital markets on behalf of all its 27 states, in an act of unprecedented solidarity.

That contrasts with the slow and disunited response when the pandemic broke out a few months ago, which raised fears of a fresh crisis that could fragment the euro area.

Here are some of the gauges which show those fears fading.

Italy has been the focus of markets’ euro breakup fears in recent years, but its Economy Minister Roberto Gualtieri said the government had been strengthened by the “historic” EU accord.

The deal pushed the cost of insuring Italian sovereign debt against default to six-week lows.

Significantly, the gap between Italian five-year bond yields and credit default swaps has narrowed by around 100 basis points from April levels to around 160 bps. A wide spread is a danger sign, as Italian borrowing costs can be held down by ECB purchases, but the CDS reflects investors’ view of how risky they consider the debt to be. ITGV5YUSAC=MG IT5YT=RR

That spread blew out in April to its widest in about 18 months after joint debt issuance – which would have assured investors of Italy’s creditworthiness – appeared out of reach.

Under the 750 billion euro recovery fund, Italy will receive an unprecedented 209 billion euros, of which just over 80 billion euros will be in grants. While the money will take time to arrive, the fact that it is on the way should keep anti-euro sentiment at bay.

“Italy…is now becoming a net financial beneficiary; no doubt an objective for (Angela) Merkel and (Emmanuel) Macron from the start was to help slow/stop any anti-EU movement in Italy,” UniCredit group chief economist Erik Nielsen said.

The easing of break-up risks is evident in the euro’s rally to 18-month highs and the decline in the premium investors demand to hold southern European bonds instead of German debt – a measure of the relative risks within the bloc.

The euro has surged above $1.15 EUR=EBS, more than 8% above March lows when the coronavirus-induced market turmoil raged.

“One of the reasons the euro could move up is euro area break-up risks calming down. When you hear Italy is on board with the recovery plan it shows Italy is in a happier place with how policymakers are treating the periphery,” said Mohammed Kazmi, a portfolio manager at UBP.

Italy’s 10-year bond yield spread over Germany is at 160 bps DE10IT10=RR – 70 bps tighter than it was just before the recovery fund plan was unveiled in May. Spanish and Portuguese spreads are 15-20 bps tighter.

Whenever Italy’s euro zone membership is considered at risk, its dollar bonds tend to outperform its euro-denominated debt.

That’s because in the event of restructuring, dollar bonds issued under New York law would offer better protection than those governed by Italian law. If Italy exits the euro, the latter would be vulnerable to redenomination into its new currency.

For an interactive version of the below chart, click here tmsnrt.rs/39qlTSA.