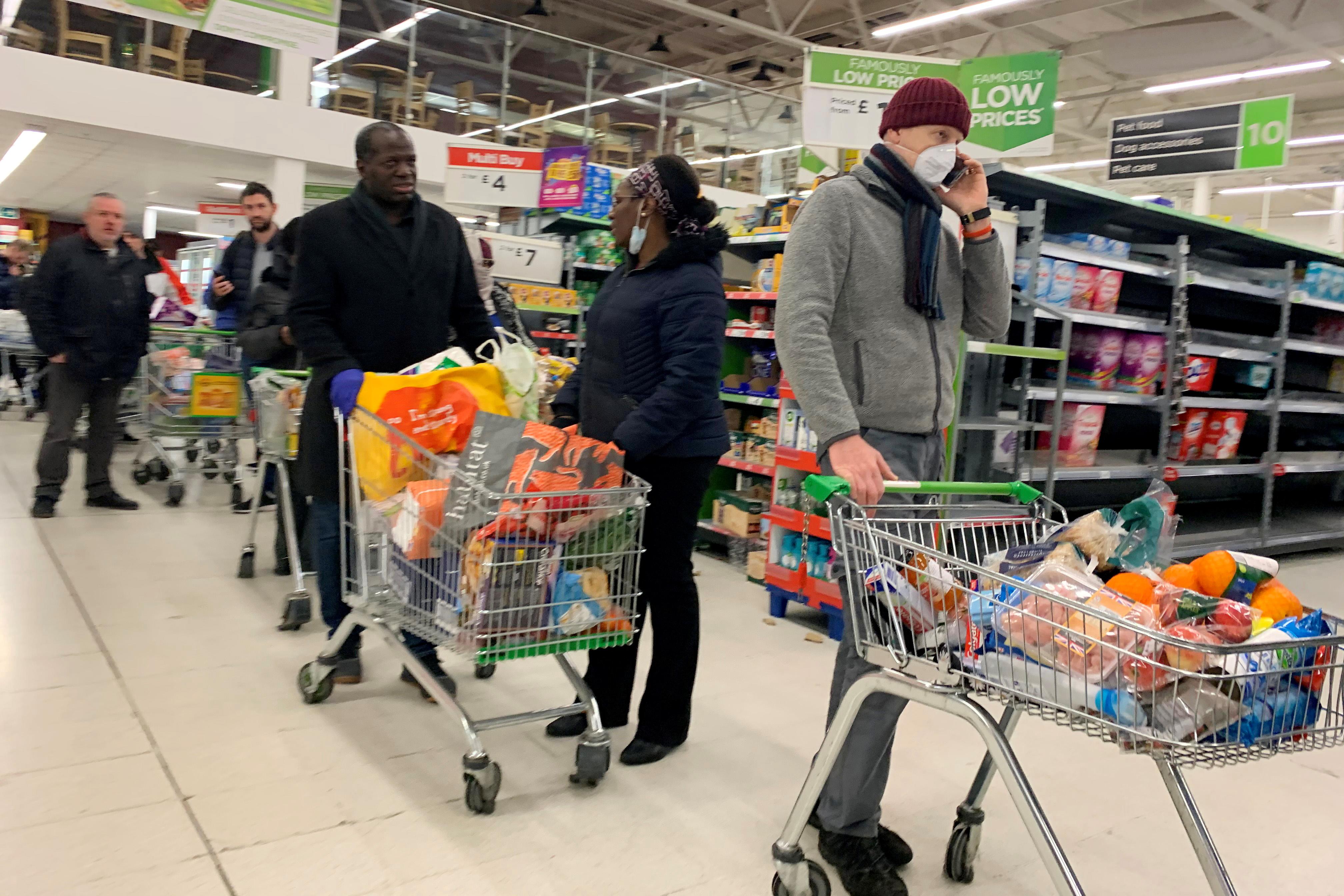 Market researcher Nielsen said the growth, though down from 10% in last month’s report, was driven by warm weather and Britons continuing to work from home, spending less on eating out, and taking “staycation” holidays.

It said that over the four week period, in-store sales growth was just 0.3%, but online grocery growth continued to accelerate, up 117%, maintaining its 14% share of all grocery sales.

Consumers were still shopping less often than they did prior to the pandemic, Nielsen said, noting visits to stores were down 15% on the same period last year, but this was up from the 22% drop registered in May.

Over the 12 week period to Aug. 8, Morrisons (MRW.L), Britain’s No. 4 supermarket group, was the top performer of the country’s big four grocers with a 13.6% rise in sales.

However, frozen food specialist Iceland, up 24.4%, had the strongest sales growth overall.