NEW YORK (Reuters) – After a tough March, some hedge funds, emboldened by early signs of the coronavirus outbreak peaking in some of the biggest U.S. hot spots, have begun tentatively adding to risk. 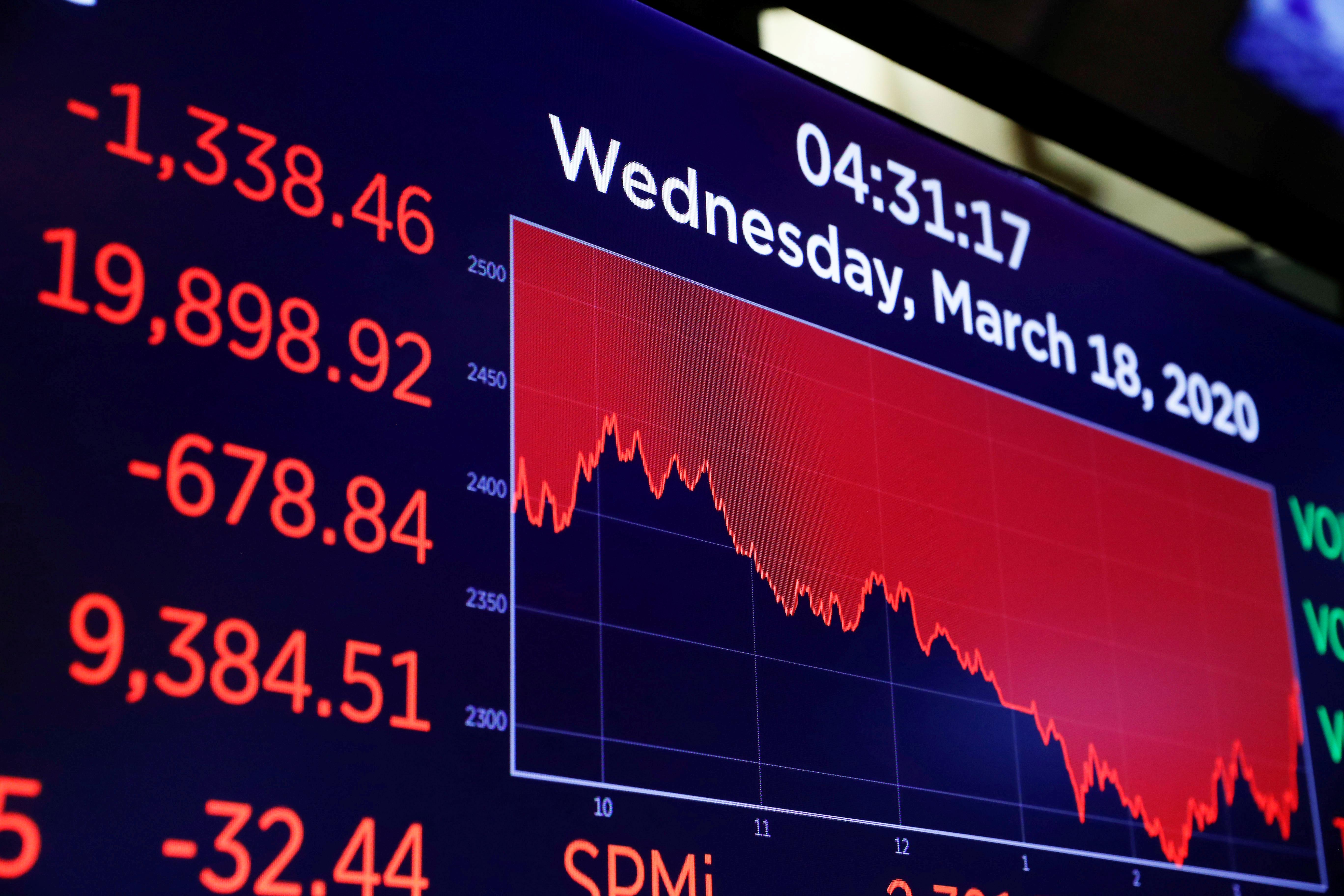 Worries over the economic hit from the virus slammed riskier assets in February and March. Still, hedge funds outperformed the market, with the HFRX Equity Hedge index down 9.58% in March, compared with a 12.5% decline for the S&P 500 Index.

“In long/short equity there is a small amount of re-risking that has been going on for the last two weeks but not back to the risk levels that we saw in February or the start of March,” said Rob Christian co-head of research and investment management at hedge fund solutions group K2 Advisors, part of Franklin Templeton Investments.

“Managers are being selective, buying good, solid businesses that have cash flow going forward and shorting indexes or weak companies,” he said.

U.S. stock markets have partially rebounded from the trough of 2,191.86, touched by the S&P 500 .SPX on March 23, and through Monday, had risen 30% from that low. Hedge funds have followed suit in rebuilding risk.

One way to measure hedge funds’ risk taking is to track their equity beta sensitivity – or their sensitivity to equity market movements. For fundamental value hedge funds globally, net exposure to developed market stocks as measured by their 30-day rolling beta recently stood at about 0.8, compared with under 0.7 at end-January, according to Nomura.

For U.S.-based hedge funds, net leverage – a measure of how much risk they are taking as they chase returns – fell during the March selloff to the lowest it has been since 2010 but “both gross and net (leverage) have bounced back,” according to a recent report by Morgan Stanley’s prime brokerage team.

Funds relying on systematic strategies such as risk parity and commodity trading advisors (CTAs), which were partly blamed for aggravating the recent selloff by off-loading risk when the markets were most vulnerable, have also been buyers recently, analysts said.

“The stock market is still in the midst of a standoff between technically oriented CTAs and fundamentals-focused macro investors,” Masanari Takada, cross-asset strategist at Nomura Securities, said in a note on Thursday. If global macro funds join the buying spree it could give the stock market another leg up.

Some funds that are betting on the market retesting its lows are still looking to do some buying in certain areas. James McDonald, CEO at Los Angeles-based alternative investment manager Hercules Investments has a trade which would profit from the stock market dropping back to March lows. While a majority of his buying would occur once such a pullback materializes, the fund has been making “incremental buys,” McDonald said.

Funds running the risk parity strategy, which automatically allocate money to major asset classes based on signals such as volatility levels, were particularly hard hit during the volatility spike in March.

Funds with a volatility target of greater than 10% and less than 15%, logged a loss of 12.3% for the month of March, their worst monthly loss since October 2008, according to the HFR Risk Parity Index.

Now that systematic funds have started adding to risk, they may well help support the rally by being incremental buyers as volatility settles, said Damien Bisserier, partner at Advanced Research Investment Solutions, a Los-Angeles based investment management and consulting firm managing about $12 billion in assets.

Bisserier, however, warned that markets are likely to remain choppy in the near term.

VFCM, which was down 4.9% for the Jan-March quarter, compared with a 13.3% fall for the HFRX Equity Hedge index, according to the fund, has been adding to its positions in companies with strong organic growth such as ratings agency Moody’s Corp (MCO.N), payments company Mastercard Inc (MA.N) and credit scoring firm Fair Isaac Corp (FICO.N).

“I expect to see an increase in risk-on exposures as managers are positioning for a slowing rate of virus contagion growth,” said Ken Heinz, president of Hedge Fund Research.