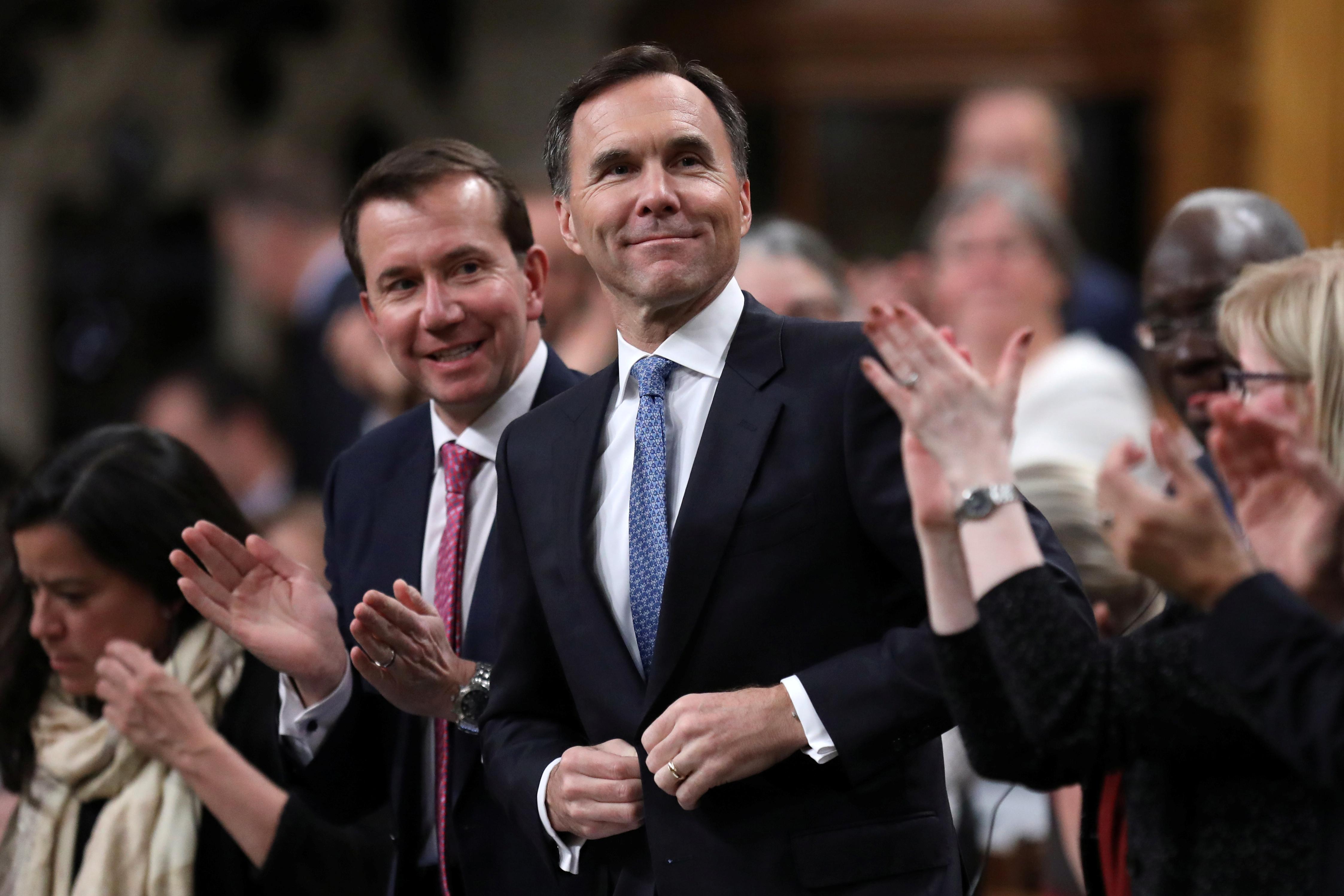 OTTAWA (Reuters) – Canada will allow businesses to write off additional capital investments to make them more competitive at a time when the United States is aggressively cutting taxes, Finance Minister Bill Morneau said on Wednesday.

But Morneau, speaking as he unveiled a budget update that forecast a slightly smaller-than-predicted deficit for 2018-19, said Ottawa would not be slashing taxes to match aggressive moves by Washington.

“If we were to do that, it would add tens of billions in new debt,” he told the House of Commons.

The move could disappoint business groups that said Ottawa needed to do much more to match the U.S. cuts. Morneau acknowledged their concern and said it would be neither rational nor responsible to do nothing.

The federal government will allow businesses to immediately write off for tax purposes the full cost of machinery and equipment used in the manufacturing and processing of goods. The measure covers purchases made on or after Wednesday and expires in 2027.

Ottawa is also introducing an accelerated capital cost allowance for all businesses and allowing some clean energy equipment to be eligible for an immediate write-off.

The combined effect of the measures means the average overall tax rate in Canada on new business investment will fall to 13.8 percent from 17.0 percent, the lowest level in the Group of Seven large industrialized nations.