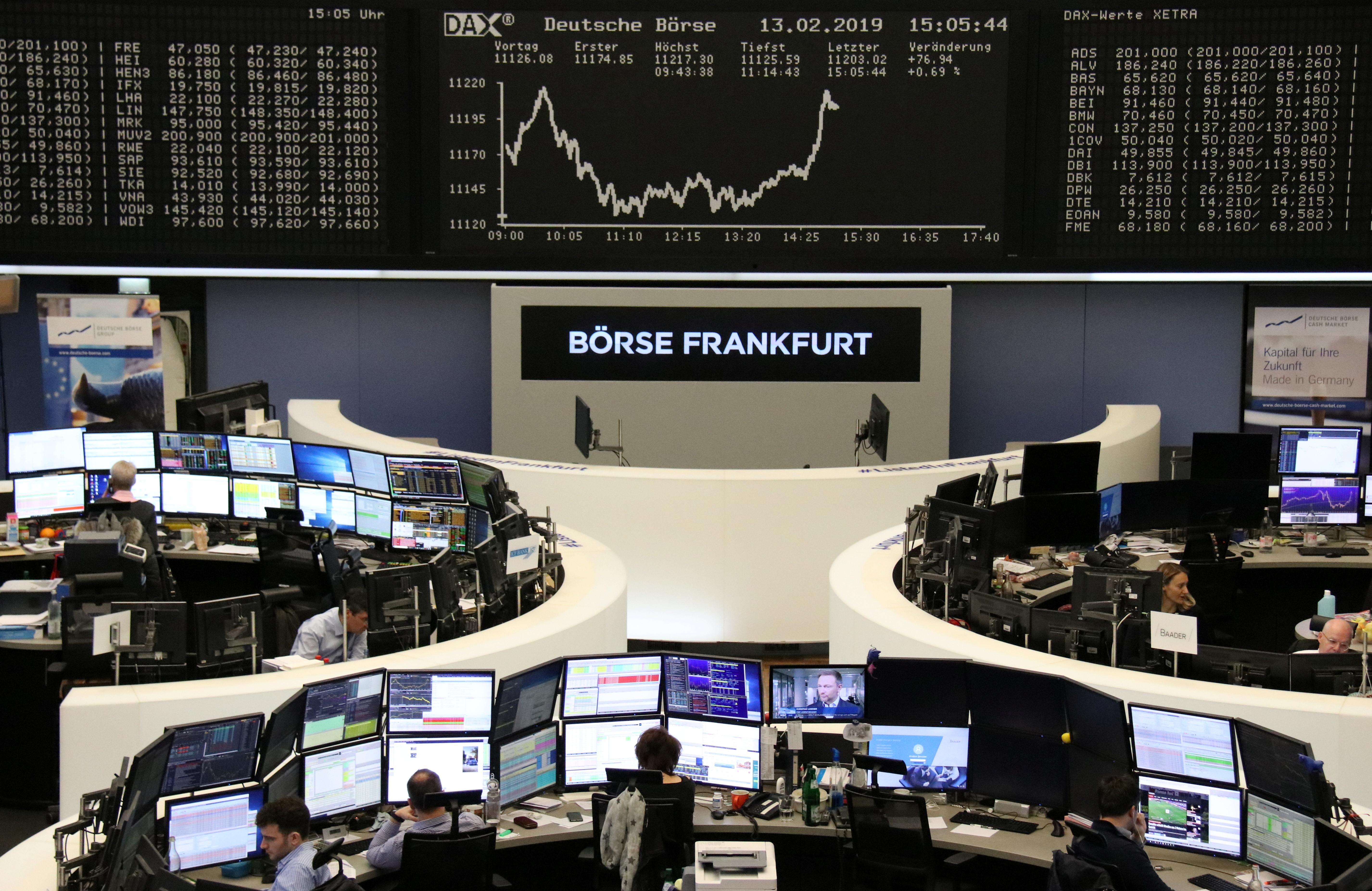 The German index, the most sensitive to China due to its large share of exporters, fell 0.6 percent with car manufacturers BMW, Daimler, and Volkswagen leading losses.

Telecom Italia was another top gainer, up 7.5 percent after a source said Italian state lender CDP has authorisation to increase its stake in the firm to 10 percent within the next 12 months.

Eutelsat on the other hand sank 9.2 percent, the biggest faller on the STOXX, after its first half results. A trader said the company’s CEO A talked down the possibility of consolidation in the industry.

Swedish defence firm Saab climbed 6 percent after its fourth-quarter earnings beat expectations and it forecast better margins and sales in 2019.

The European market was already dragged down on Thursday by very weak U.S. retail sales data. It was nonetheless on track for its first weekly gain in four, having hit a three-month high on Wednesday.

German internet portal Scout24 surged up 12 percent to the top of the STOXX after it welcomed a higher offer from a private equity consortium of Hellman & Friedman and Blackstone.

French media giant Vivendi climbed 4.6 percent after reporting strong results for its Universal Music Group arm, and confirming it would soon select financial advisors to sell a stake of up to 50 percent in UMG.

German insurer Allianz hovered around flat after it reported results in line with expectations.