BEIJING/SYDNEY (Reuters) – China has begun an anti-dumping probe into imports of Australian wine, it said on Tuesday, a move that knocked a fifth off the market value of Australia’s biggest winemaker and is likely to worsen tension between the nations. 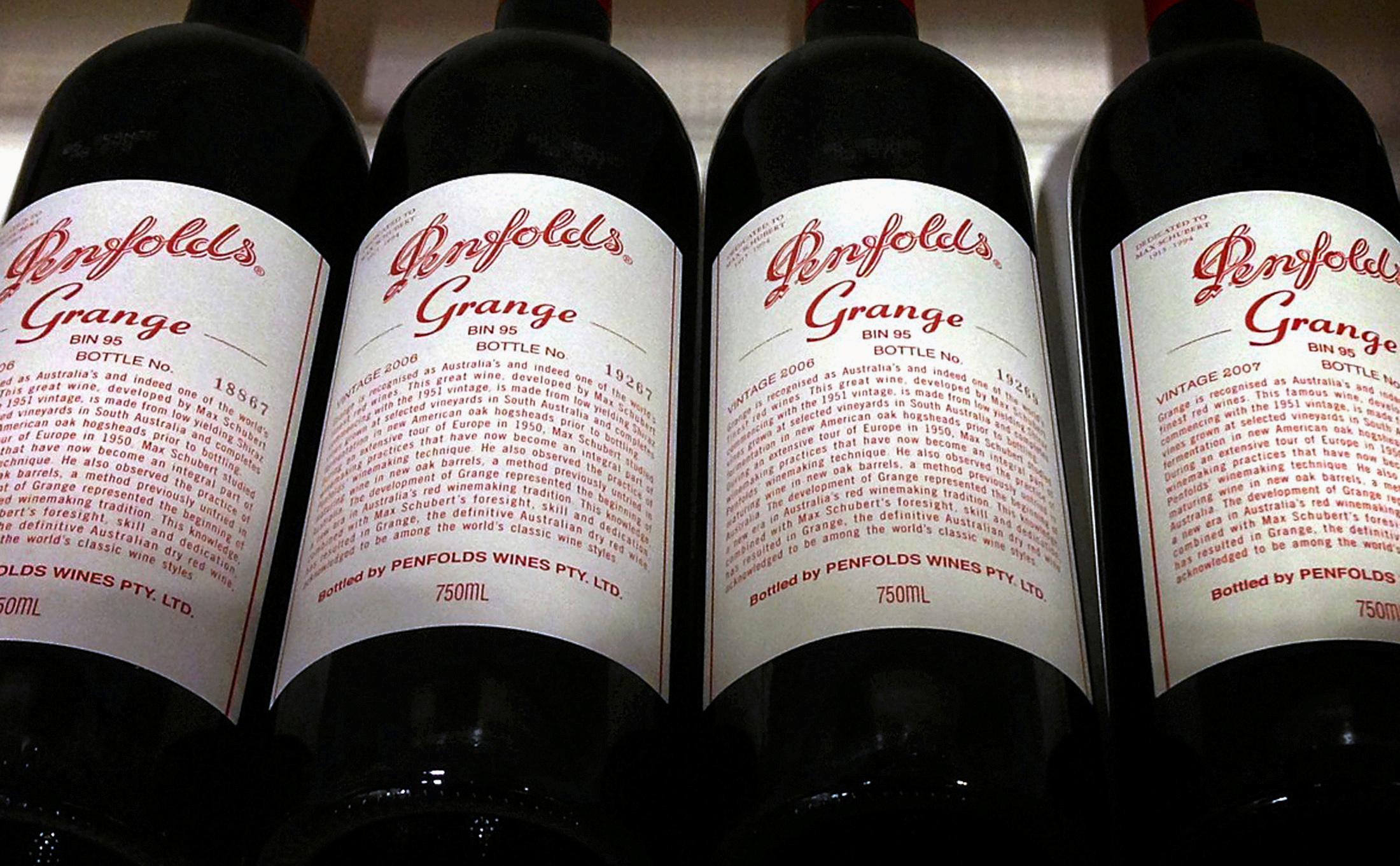 The investigation by China’s commerce ministry will look at imports of wine from Australia in containers of two litres or less in 2019, the ministry said in a statement, and examine any damage to the domestic wine industry from 2015 to 2019.

The Chinese Alcoholic Drinks Association requested the inquiry, asking the regulator to look into 10 Australian wine producers, including Treasury Wine Estates (TWE.AX), the maker of Penfolds, and Accolade wines.

Shares of Treasury, the world’s biggest standalone winemaker, fell up to 20% on worries at the prospect of an import tax on Australian wine.

In a statement, the company said it would cooperate with any requests for information from the authorities and remained committed to China as a “priority market”.

The investigation comes against a backdrop of increasing tension between the countries after Canberra called for an international inquiry into the origins of the novel coronavirus.

China is the top market for Australian wine exports and is also Australia’s largest trading partner, with two-way trade worth A$235 billion ($170 billion) last year.

Beijing recently imposed dumping tariffs on Australian barley, suspended some beef imports and told Chinese students and tourists it was not safe to travel to Australia because of accusations of racism.

He told reporters he had not spoken with his Chinese counterpart, or other senior government officials, since May, when he requested discussions in light of the barley tariff.

China will carry out the investigation in a “fair and just way, according to the law,” said Zhao Lijian, a foreign ministry spokesman.

He rejected suggestions it was politically motivated. “This is a normal case of anti-dumping, please don’t draw unnecessary associations,” he told a news briefing.

The China Alcoholic Drinks Association said Australian wine producers had cut prices and were taking market share from local companies, which had seen a rapid deterioration in production and operating conditions.

China’s imports of Australian wine more than doubled to 12.08 million litres between 2015 and 2019, the association said. The price of imports fell 13% to $6,723 a kilolitre, it added, citing Chinese customs data.

Australian industry figures show it sells more wine to China than France, with exports worth A$1.1 billion ($795 million) in 2019/20 for a 37% market share of China’s imports by dollar value.

“Our wine’s more expensive than virtually any wine-exporting country in the world,” he added.

Tony Battaglene, chief executive of industry body Australian Grape & Wine Inc, said China’s unexpected move could lead to a tariff on all the roughly 1,200 Australian winemakers that export to China.

“As in the barley case they can apply a tariff across the board,” he said. “It can apply at a company level and at a national level. It would be detrimental, there’s no doubt about it.”

Australian wine exporters, including Treasury, faced blocks and delays in 2018 when Chinese customs officials held up shipments at a time of strained relations, after Australia accused Beijing of meddling in domestic affairs.

Fund manager Macquarie Equities said it was reviewing its investment rating of Treasury Wine due to “increased geopolitical risks”, and warned of the chance of more tariffs.