BEIJING (Reuters) – China is willing to increase its imports of agricultural and industrial goods from Brazil in order to enhance bilateral trade, Chinese Vice Premier Hu Chunhua said on Friday. 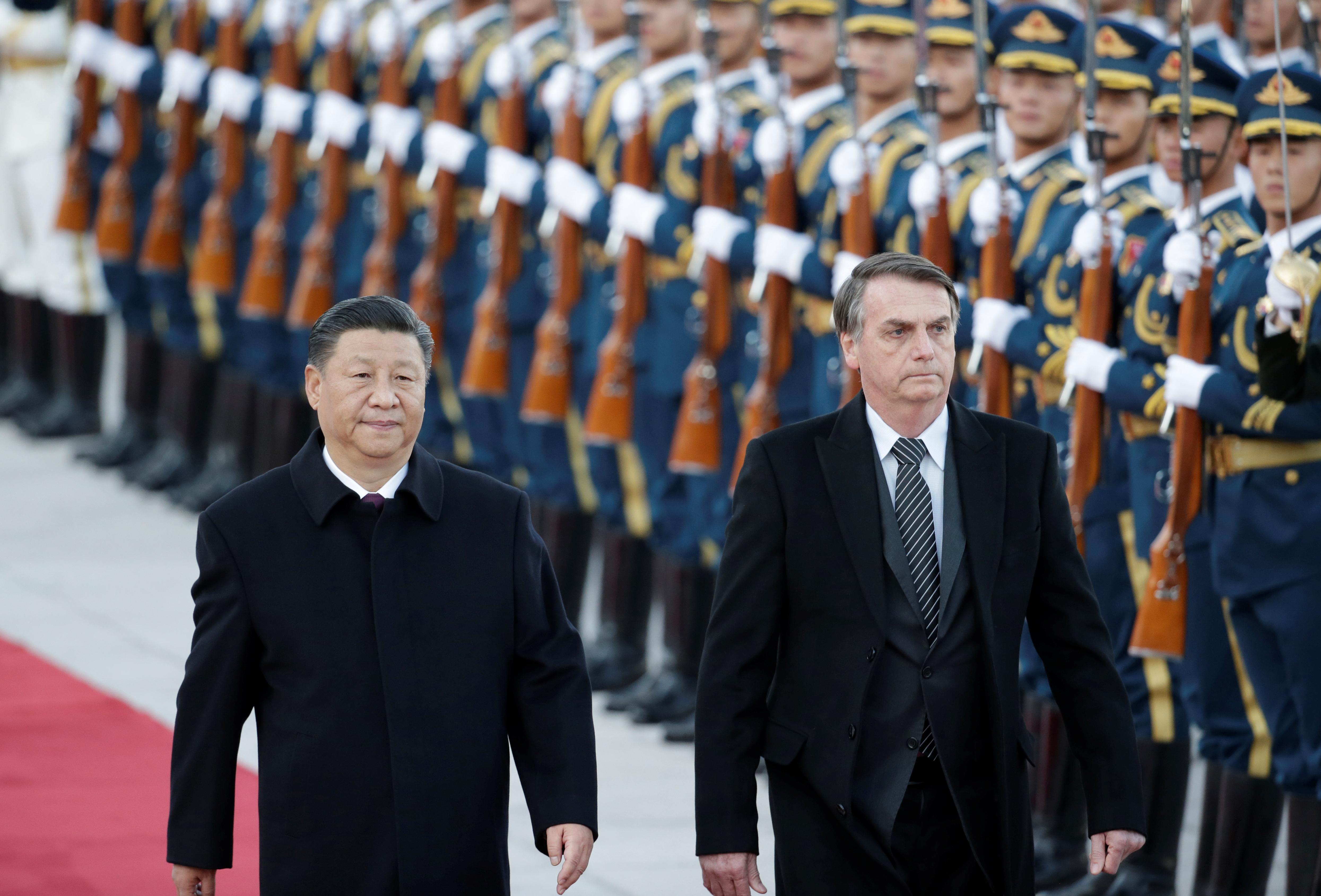 Hu, at a seminar in Beijing, also said the two countries can deepen cooperation in areas such as infrastructure, according to a pool report.

Brazilian President Jair Bolsonaro, who was also at the seminar, is in China to mark the 45th anniversary of the establishment of diplomatic ties between the countries.

Brazil and China are part of BRICS, a grouping of major emerging economies that also includes Russia, India and South Africa. China has said BRICS countries must strengthen their unity, increase cooperation and uphold multilateralism.

“The world is facing serious challenges from unilateralism and protectionism, putting pressure on major economies as uncertainty and instability are on the rise,” Hu said.

“China and Brazil, as two major economies, should increase communication and cooperation to face these challenges and realize shared development.”

Brazil is hopeful China will authorize more local meat exporters before Chinese President Xi Jinping visits Brazil next month, as the South American country seeks to position itself as a major food exporter to the world’s most populous nation.

Discussions between a Brazilian delegation to China and local authorities this week also covered demand for Brazilian commodities like sugar, cotton and ethanol.

The two nations are still discussing “a protocol” for exporting Brazilian soy and cotton meal.

Brazil is China’s main soybean supplier but has struggled to increase trade in soymeal with the Asian country.