BEIJING (Reuters) – The United States and Japan flew citizens out of the Chinese city at the epicentre of a new virus outbreak on Wednesday, as the death toll rose sharply to 132 and the first case appeared in the Middle East. 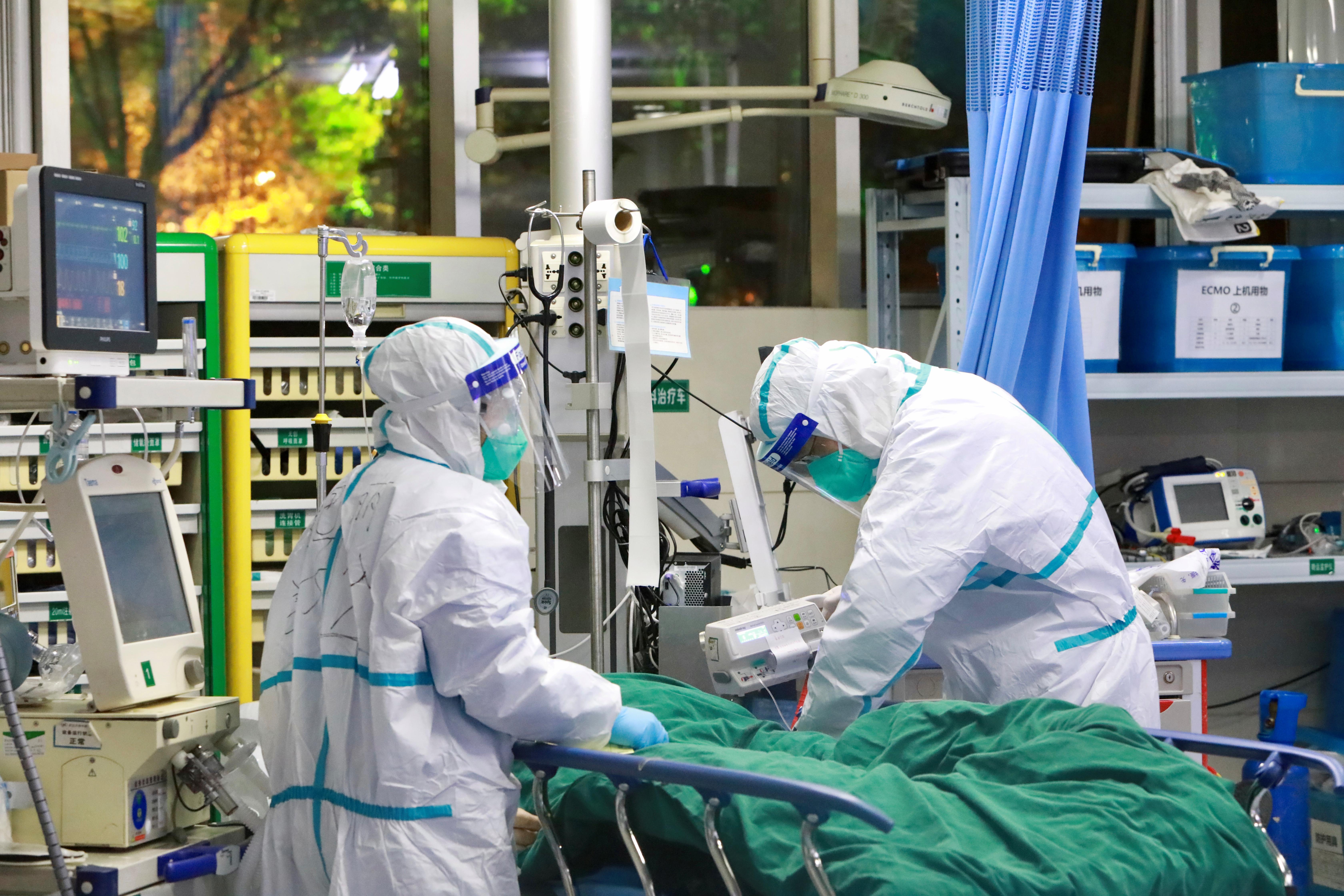 The World Health Organization (WHO) has said it is confident in China’s ability to contain the coronavirus, but concern is mounting as its health authorities reported the number of confirmed cases had jumped by 1,459 to 5,974.

The number of deaths from the flu-like virus rose by 26 to 132, almost all in the province of Hubei, the capital of which is the city of Wuhan, where the virus emerged last month in a wild animal market. The central province of about 60 million people is under virtual lockdown.

“I was extremely worried that I was stuck there while the situation was changing very rapidly,” said Takeo Aoyama, who arrived in Tokyo on a chartered plane carrying 206 Japanese nationals out of Wuhan, with more flights planned.

“I feel really relieved,” Aoyama, an employee of Nippon Steel who was wearing a mask, told reporters at the airport in the Japanese capital.

Concern is also growing over the impact of the virus on the world’s second-biggest economy, with airlines cutting flights to China and global companies restricting employee travel there.

Sectors from mining to luxury goods have been shaken by concerns about the possibility of a worst-case pandemic.

Hong Kong stocks took a beating on the first day of trading after the Lunar New Year break. Casino and financial stocks led the Hang Seng index 2.5% lower to a seven-month trough.

Regional markets, however, arrested their slide, with stocks in Japan, Australia, Korea and India steady or firmer and currencies mostly stable.

In what could be a major step towards reining in the disease, scientists in Australia said they had developed a lab-grown version of the coronavirus, the first to be recreated outside China.

As infections spread and the number of cases rises, numerous countries are scrambling to get citizens out of Wuhan, while also hoping to keep the virus at bay.

A U.S. government official who declined to be identified told Reuters a U.S. charter plane had left Wuhan. It had 220 people aboard, a U.S. diplomatic source added, with 50 diplomats and contractors among them.

Australia said it would help some citizens leave and then quarantine them on Christmas Island, a remote speck in the Indian Ocean best known for housing asylum seekers.

U.S. officials said the White House was weighing whether to suspend flights to China in what would be a drastic measure to control the spread of the disease.

“All options for dealing with infectious disease spread have to be on the table, including travel restrictions,” said U.S. Health Secretary Alex Azar.

The White House is holding daily meetings on the outbreak and monitoring China-U.S. flights as a likely source of infections, sources briefed on the matter said, though it had decided against suspending air traffic for the time being.

A senior Trump administration official said airlines had not been asked to suspend flights, after CNBC reported that the White House had told airline executives it was considering such a move.

The number of cases in China now exceeds its tally of 5,327 infected with the Severe Acute Respiratory Syndrome (SARS) coronavirus that killed about 800 people around the world in 2002 and 2003.

While some experts believe the new strain, known as “2019-nCoV”, is not as deadly as SARS, it has created alarm because it is spreading quickly and key features are still unknown, including its lethality.

Like other respiratory infections, it is spread by droplets from coughs and sneezes, with an incubation time from one to 14 days. There are limited signs it may also be able to spread before symptoms show.

Wuhan, with a population of 11 million, is racing to build two dedicated hospitals for coronavirus victims, with the first 1,000-bed facility to be completed on Feb. 3. The capacity of the second will be expanded from 1,300 to 1,600 beds, the official People’s Daily said.

Nearly 60 cases have been reported in 15 other countries, including the United States, France and Singapore. Airports around the world are screening passengers from China.

The United Arab Emirates (UAE) diagnosed its first case in a family from Wuhan, state news agency WAM said, citing the UAE health ministry. It was not immediately clear how many people were infected.

In Germany, four people from the same company were infected in what is being seen as one of the first cases of person-to-person transmission outside China.

The WHO has reported a suspected case of person-to-person transmission in Vietnam, and Japan another. 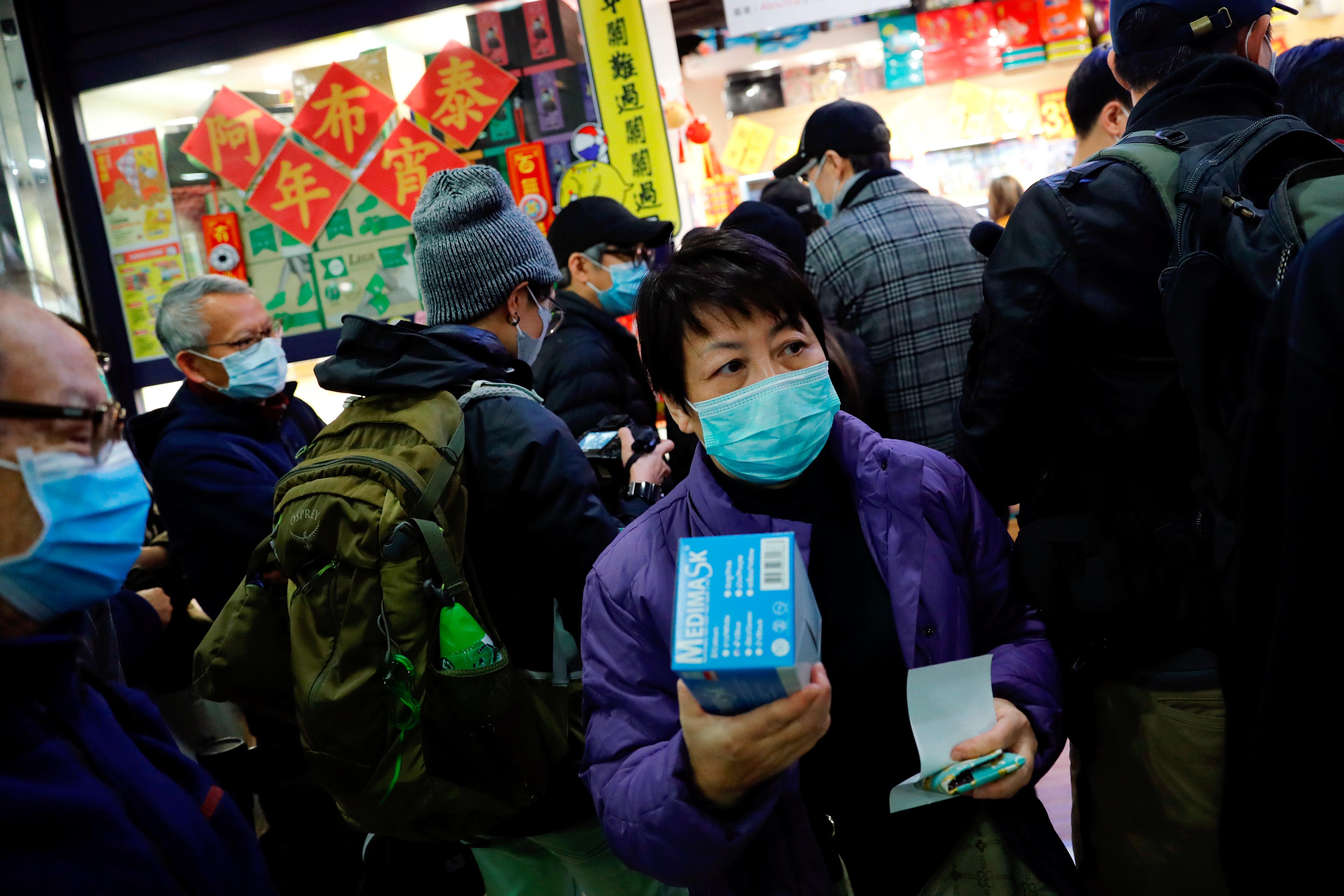 In a possible breakthrough, researchers in the Australian city of Melbourne said they had developed the coronavirus in a laboratory, from an infected patient, and would share the sample with the WHO and laboratories elsewhere.

“Having the real virus means we now have the ability to actually validate and verify all test methods, and compare their sensitivities and specificities,” said Julian Druce, head of the virus identification lab at the Peter Doherty Institute for Infection and Immunity.