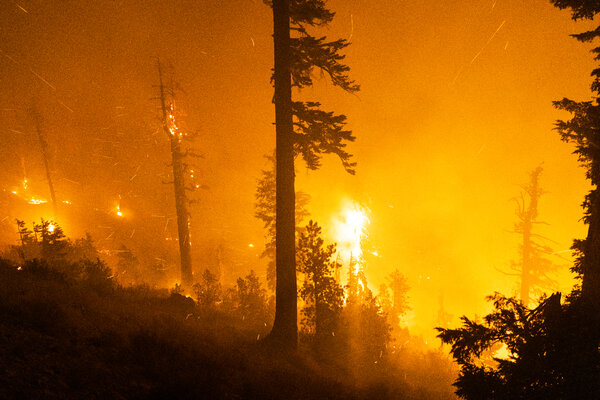 By Chris Buckley and Lisa Friedman

China and the United States agree that climate change is a crisis whipping up worsening droughts and storms across the planet. Yet escalating tensions over trade, security and human rights threaten to overshadow efforts between the world’s top two greenhouse gas polluters to stop global temperatures from hitting catastrophic levels.

The United States envoy for climate, John Kerry, and his Chinese counterpart, Xie Zhenhua, are wrangling this week over those steps in Tianjin, a northern Chinese city, seeking common ground before international negotiations in Glasgow in November. Leaders from nearly 200 countries will try to agree on intensified efforts to cut greenhouse gas emissions and money to help the poorest nations prepare for the effects of global warming.

Hopes for a breakthrough in Glasgow rest heavily on whether China and the United States can build momentum. But on Wednesday, China’s foreign minister, Wang Yi, warned Mr. Kerry that antagonism from the United States on other fronts could hobble climate cooperation.

“The United States should stop regarding China as a threat and adversary,” Mr. Wang told Mr. Kerry, according to the Chinese foreign ministry. Work between the two nations on climate change, he said, “cannot possibly be divorced” from other looming geopolitical tensions.

“The U.S. side hopes that climate cooperation can be an ‘oasis’ in China-U.S. relations, but if that ‘oasis’ is surrounded by desert, it will also become desertified sooner or later,” Mr. Wang added.

Mr. Kerry told Mr. Wang that the United States remained committed to “cooperating with the world to tackle the climate crisis, which must be addressed with the seriousness and urgency that it demands,” the State Department said by email.

The talks, which will continue through Friday, reflect the precarious role that global warming has come to play between the Biden administration and Xi Jinping, China’s robustly nationalist leader. Climate change could spur the two countries to cooperate on developing emissions-cutting technology, but it is also a point of discord.

Relations between Beijing and Washington have descended into rancor over China’s treatment of Muslim minorities, its dismantling of human rights in Hong Kong, and American support for Taiwan.