Salman al-Awda detained over refusal to tweet specific text to support the Saudi-led blockade of Qatar, his family says. 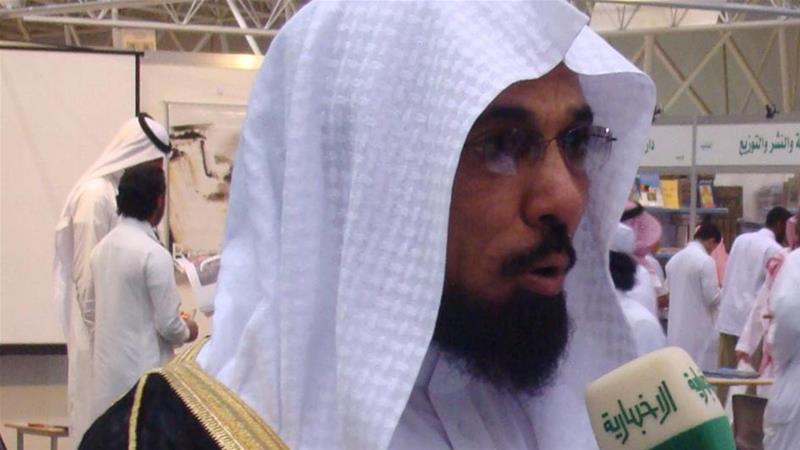 A prominent Muslim scholar has been detained by Saudi Arabia for the past four months without charge, Human Rights Watch (HRW) said.

A family member told HRW that Awda was being held over his refusal to comply with an order by Saudi authorities to tweet a specific text to support the Saudi-led blockade of Qatar.

Instead, Awda posted a tweet on September 9, saying: “May God harmonize between their hearts for the good of their people” – an apparent call for reconciliation between the Gulf countries, HRW said in a statement.

Saudi Arabia, the United Arab Emirates, Bahrain and Egypt imposed a boycott against Qatar on June 5, accusing Doha of aiding “terrorists” and having close ties with Iran. Qatar denies the allegations.

The family member cited by HRW said that authorities permitted Awda only one phone call in October.

“There’s no justification for punishing family members of a detainee without showing even the slightest evidence or accusation of wrongdoing on their part.”

According to HRW, Awda was among the first of dozens of people detained in mid-September as part of a crackdown against what Saudi authorities said were those acting “for the benefit of foreign parties against the security of the kingdom and its interests”.

Saudi Arabia carried out another wave of arrests in November against people they accused of corruption and held many at five-star hotels until they agreed to turn over assets to the state.

Awda’s brother, Khaled, was also held after he tweeted about his brother’s detention, media reported. He remains in detention, according to HRW.

Saudi authorities imposed travel bans on 17 members of Awda’s family, according to HRW.

“If Mohammad bin Salman wants to show that a new era has begun in Saudi Arabia, a refreshing first step would be the release of activists and dissidents who have never been charged with a recognisable crime and should never have gone to jail in the first place,” Whitson said.

The sale of convicted murderer Graham Dwyer’s former family home in south Dublin home has been agreed. The three-bedroom house was first put on the…