SINGAPORE – More households will receive public transport vouchers this year to top up their fare cards or buy monthly concession passes as a fare hike was announced on Wednesday (Nov 3), after it was decided last year that there would be no fare adjustments amid the first year of the pandemic.

The Ministry of Transport (MOT) and the People’s Association (PA) on Wednesday said those with monthly household income per person of $1,600 or less will be eligible for the distribution exercise this year. The income ceiling is up by $400 from the previous round.

They said this is to provide the “broadest household coverage” in view of the economic impact on households these two years.

The Public Transport Council announced a fare hike of three to four cents per trip for adults and one cent for concession card holders at the annual fare review exercise briefing on Wednesday, citing cost pressures on public operators and tentative economic recovery.

Changes will kick in from Dec 26.

Those who received the voucher during the previous exercise do not need to apply again and will automatically receive the notification letter in the post by the end of the year.

Other households that meet the revised income criterion but did not receive a voucher can then apply for it online from early 2022, or in person later from their community club.

More details of how to do so will be shared later, they said. 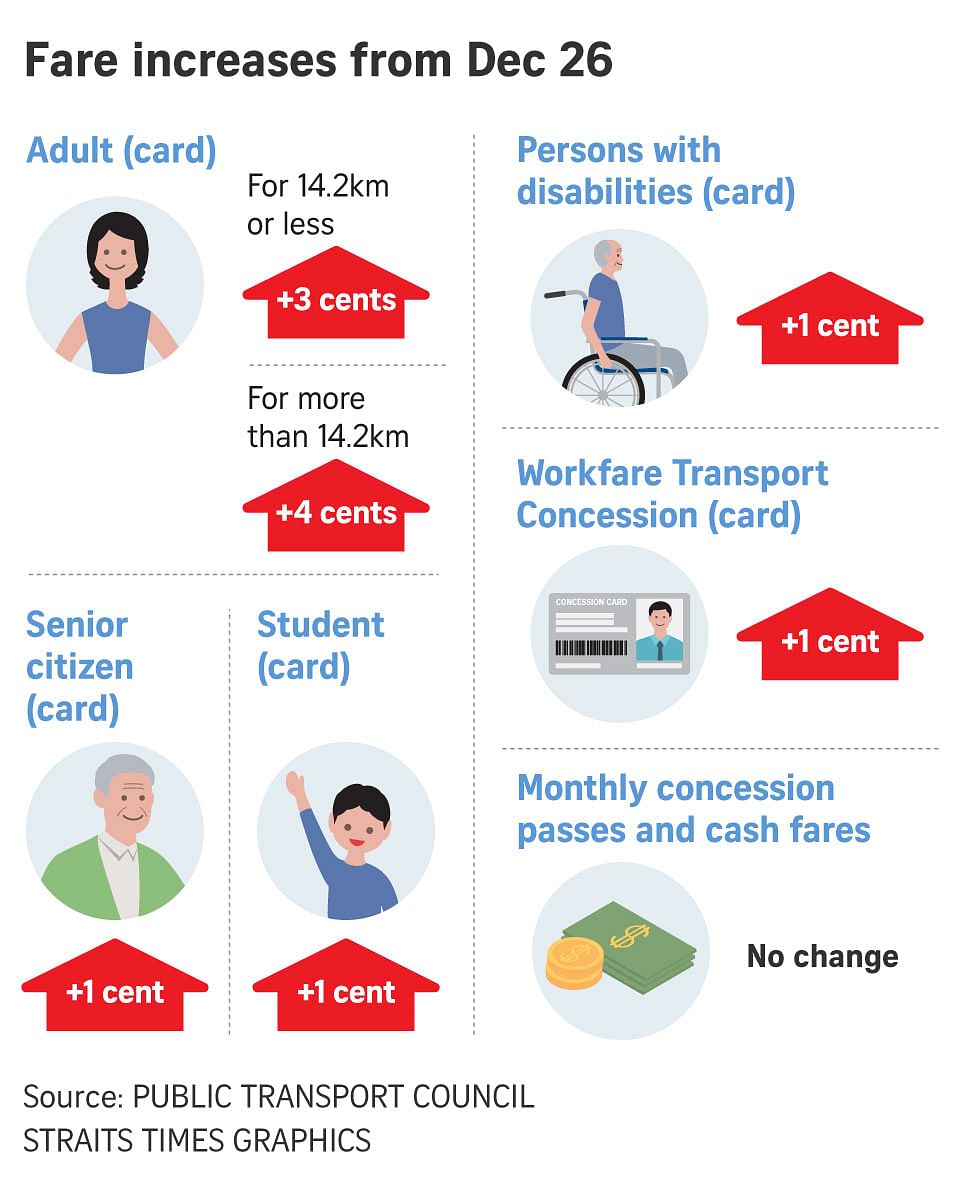