NEW DELHI — A rising young movie star meets a tragic end. His family blames his death on his glamorous girlfriend. As she sits in jail, her friends proclaiming her innocence, the police hint at a shadowy network of money laundering and illegal drugs deep within the world of show business.

India has been captivated by the story of Sushant Singh Rajput, a 34-year-old actor whose death has been ruled a suicide by the police in Mumbai. News outlets have focused on every twist in a tale that for many encapsulates Bollywood’s hypocrisy and elitism.

Three federal agencies are investigating whether his girlfriend, the actress Rhea Chakraborty, gave him marijuana and was involved in Bollywood drug dealing and money laundering. The police are interviewing other Bollywood actresses. Ms. Chakraborty’s attorney said the police had found no evidence to support their allegations.

The scandal has puzzled and infuriated social critics. With hard proof lacking, they say, the investigation and coverage appear to be fueled by institutional misogyny, a taboo against discussion of mental health issues and an increasingly partisan news media.

In fact, many of the media outlets sympathetic to the government of Prime Minister Narendra Modi have focused on the story at the expense of bigger problems. India may soon surpass the United States as the world leader in Covid-19 infections. Its economy is in a tailspin. An increasingly bellicose China is testing its borders. 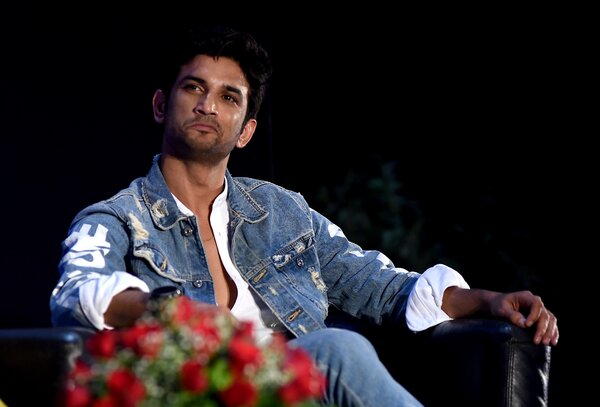 The investigation has become an election issue in Mr. Rajput’s home state of Bihar, which is controlled by an ally of Mr. Modi. The state’s chief minister, Nitish Kumar, has criticized the police in Mumbai, which is controlled by a rival coalition, and he has promised Bihar voters, who go to the polls in the coming weeks, that he would uncover the truth behind Mr. Rajput’s death.

Still, even many outlets critical of Mr. Modi could not resist the story.

“I think it suits the government to use news television as a weapon of mass distraction,” said Vir Sanghvi, a journalist, talk-show host and media critic. Nevertheless, he added, high ratings “show that there is a great hunger for this kind of news among viewers.”

India is hardly alone in turning to celebrity news to distract from real-world problems. For many Indians, Mr. Rajput’s story also taps into a rising sense of anti-elitism. Many believe he was driven to suicide by a clubby culture of Bollywood insiders. Bihar is one of India’s poorer states, and they see Mr. Rajput as a rare outsider who broke into the industry but was held back from even greater stardom.

“The condition of the economy due to the coronavirus or other issues is in front of all of us,” said Jaya Mukherjee, a 28-year-old school counselor in Delhi who has followed the developments. “We are tense, but we can’t avoid injustice, which happened to Sushant.”

Others believe Mr. Rajput did not commit suicide. The federal police, who have taken over the investigation from the Mumbai authorities, have not ruled out other conclusions.

Ms. Chakraborty’s allies and experts on Indian society say the explanation for Mr. Rajput’s death is simpler than many people believe, but more difficult for them to talk about. Susan Walker, a psychologist in Mumbai and Mr. Rajput’s therapist, has said that he suffered from bipolar disorder and disputed that Ms. Chakraborty had anything to do with his death.

“In India, depression is a serious illness that has spread like an epidemic, but there is very little discussion about his illness,” said Ashis Nandy, a psychologist and social critic, referring to Mr. Rajput. “It has been artificially blown up to turn it into a political circus.”

Ms. Walker could not be reached for comment. Mr. Rajput’s family has complained to Indian medical officials that she violated patient confidentiality.

Mr. Rajput, a versatile actor with an easy smile and chiseled chin, appeared in soap operas before winning a role in the 2013 dramatic film “Kai Po Che!” His performance as a gifted but troubled cricketer earned him a nomination for the Filmfare award, Bollywood’s most prestigious prize, for best male actor debut.

He then went on to star in films like “Shuddh Desi Romance,” “MS Dhoni” and “Kedarnath,” several of which were commercial and critical successes. He cultivated an image as a wholesome boy-next-door from Bihar.

Mr. Rajput was found dead in his Mumbai apartment on June 14. The Mumbai police listed the cause of death as asphyxia by hanging.

Online, disbelieving fans blamed Bollywood studios. Kangana Ranaut, a popular actress, helped put the industry under a spotlight with a video released the day after Mr. Rajput’s death that disputed the idea that he had been depressed, even as it accused studio bigwigs of driving him to suicide. Ms. Ranaut is a high-profile supporter of Mr. Modi, and her criticism helped galvanize his supporters to press for answers.

Mr. Rajput’s death also sent ripples through the news media. The Bharatiya Janata Party, which Mr. Modi leads, has sought to influence and cajole India’s traditionally cacophonous newspapers and broadcasters. Though the government has sometimes shut down outlets critical of its policies, it also uses more subtle ways to direct coverage, like granting or withdrawing government advertising money.

Stories about Mr. Rajput nosed out headlines about spreading infections or shuttered shops and factories. The result was ratings gold: Republic Bharat, a new broadcast outlet often sympathetic to Mr. Modi’s party, surged to the top of the Hindi-language news ratings in August. Its editors did not respond to requests for comment.

Attention turned to Ms. Chakraborty, who had been dating the actor for more than a year. Mr. Rajput’s father, K.K. Singh, filed a police complaint against Ms. Chakraborty, her parents and her brother alleging abetment to suicide, theft, cheating and wrongful confinement. In India, driving someone to suicide carries a sentence of up to 10 years in prison.

Ms. Chakraborty became the target of vicious attacks online, including rape and death threats, as well as on TV channels. The coverage prompted the Press Council of India, a self-regulating press watchdog, to warn the media not to “conduct its own parallel trial.”

“She was unable to work, to socialize, because she felt that she needed to be with him and look after him,” said one friend, Shibani Dandekar, a singer and actress. “The vicious media trial hasn’t even given her a chance to grieve for him.”

Ms. Chakraborty was arrested last month on suspicion of buying and supplying marijuana to Mr. Rajput as well as financing illicit traffic, a nonbailable offense.

Satish Maneshinde, Ms. Chakraborty’s lawyer, said that no drugs had been found in her possession and that the police lacked evidence. The police have 180 days to file charges.

“The subtext is always deeply, deeply misogynistic,” said Rebecca John, a lawyer who successfully defended parents accused of murdering their child in an earlier case. “It’s been getting much worse in the past 10 to 12 years, and that’s very disturbing.”

And in this case, the coverage has overshadowed issues of national importance. On Aug. 31, the government released data showing the economy had shrunk by nearly a quarter. A talk show broadcast by Republic TV, a Republic Bharat sister station, led with the death of a former president and the disclosure of the contents of Mr. Rajput’s WhatsApp chats, which it labeled “today’s biggest story.”

If you are having thoughts of suicide, call the National Suicide Prevention Lifeline in the United States at 1-800-273-8255 (TALK). Additional resources can be found at SpeakingOfSuicide.com/resources. Here’s what you can do when a loved one is severely depressed.