LONDON (Reuters) – The dollar edged lower and commodity currencies inched higher on Monday as investors were relieved by a delay in the review of the U.S.-China trade pact which left the deal intact. 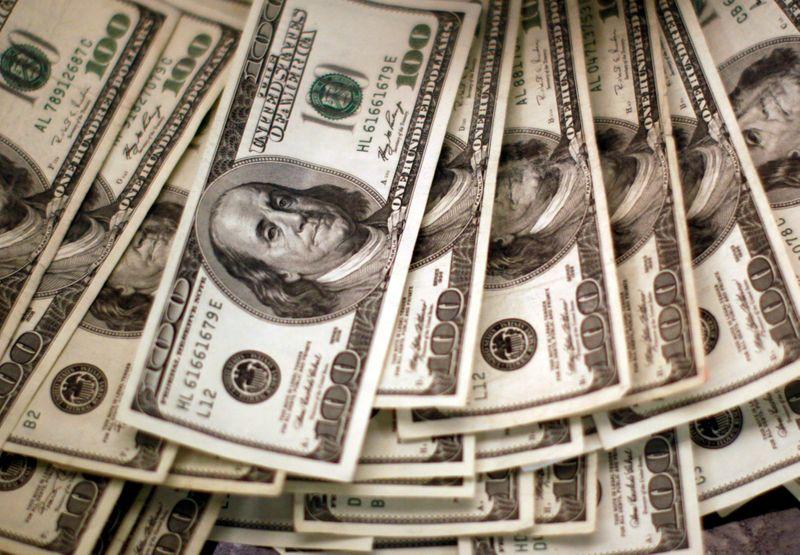 Weak data and uncertainty ahead of a week that includes minutes of the U.S. Federal Reserve’s last policy meeting and the U.S. Democratic Party’s nomination convention kept a lid on sentiment, with moves limited in early deals in London.

Against a basket of currencies the dollar traded under gentle pressure at 93.036, roughly in the middle of the range it has held since dropping to a two-year low in late July.

The risk-sensitive Australian dollar inched up to a week high of $0.7196, poking around the top end of a channel it has traded in for a week. The oil-sensitive Canadian dollar also edged 0.2% higher to C$1.3240 per greenback.

Analysts point to stretched long positioning on the euro, U.S. politics as a presidential election looms, and new coronavirus hotspots in Europe as factors that could challenge the euro’s uptrend.

“Positioning remains stretched on longs, making the cross vulnerable to a turn in sentiment, which has for a while been that of the EU handling the COVID shock better than the U.S.; this may change as U.S. figures peak and Europe fights the second wave,” said Arne Lohmann Rasmussen, Chief Analyst, Head of Cross-Scandi Research at Danske Bank, in a note to clients.

Danske targets sees the euro/dollar rate hitting $1.16 a month from now, he added.

Markets are also looking to the Fed minutes from last month’s meeting, due to be released on Wednesday, for any clues about an anticipated shift in the policy outlook.

Speculation is rife the U.S. central bank will adopt an average inflation target, which would seek to push inflation above 2% for some time to make up for the years it has run below.

“The outlook for the dollar will likely be driven by the U.S. bond market this week,” said Viraj Patel, global FX and macro strategist at Arkera.

“U.S. real yields are around 14bps since 06 Aug – the question is whether we continue to see a bond market sell-off that supports dollar crosses against high-beta risky currencies.”

The yield on benchmark 10-year U.S. debt rose almost 15 basis points last week, its sharpest weekly rise in two months, which weighed on the yen by attracting investment from Japan.

Data releases across Asia on Monday painted a bleak picture, with currency investors unmoved by a couple of bright spots.

Japan was hit by its biggest economic contraction on record in the second quarter and Thailand suffered its worst quarter in 22 years as the coronavirus battered exports and activity.

Thailand’s contraction was a little better than market expectations, but that failed to lift the baht.

The next noteworthy release is the New York Fed’s Empire manufacturing survey, due at 1230 GMT. It is expected to show a slight pullback in conditions, and a surprise either way could challenge the market belief that the economic fortunes of Europe and the United States are diverging.

The other area where a divergence is emerging is the Antipodes, where anticipation of the Reserve Bank of New Zealand taking rates negative next year is weighing on the kiwi.

New Zealand delayed a general election by a month on Monday as it grapples with a new outbreak of the coronavirus in Auckland.