TOKYO (Reuters) – The dollar struggled to recover in Asian trade on Friday, hobbled by fresh speculation that a widely expected rate hike later this month could be the last before Federal Reserve hits the pause button on its tightening cycle. 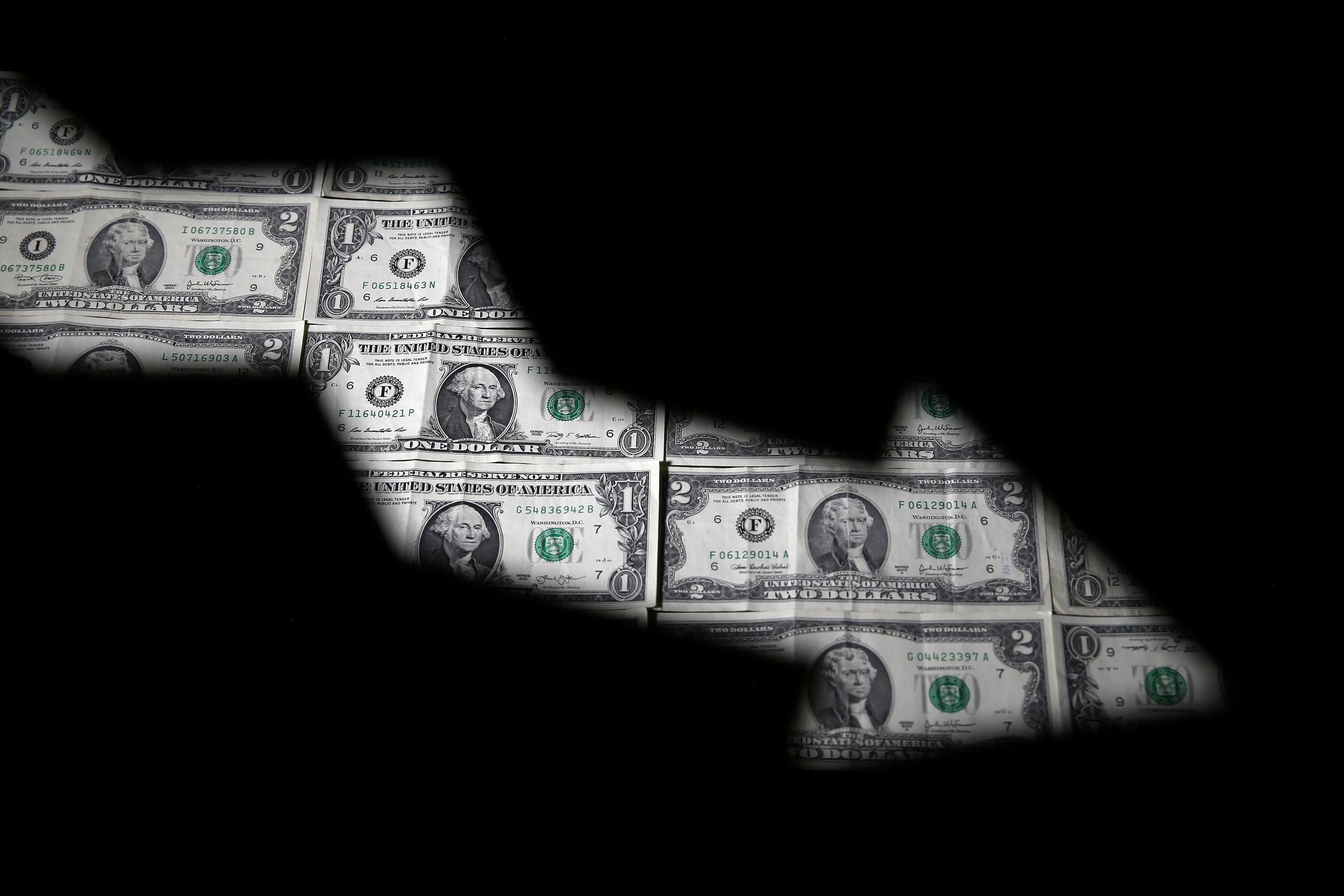 Investors have been alarmed by recent sharp falls in U.S. treasury yields, with an inversion of the yield curve signaling a sharp economic slowdown or even a recession down the road.

Their immediate focus was on November U.S. non-farm payrolls, unemployment and wage data due to be released later on Friday for clues to how the world’s top economy is faring.

“Arguably, one of the strongest parts of the U.S. economy has been the labor market,” said Chris Weston, Melbourne-based head of research at foreign exchange brokerage Pepperstone. “If we see any cracks appearing in there, the U.S. dollar will start to fade off.”

Dollar investors were given more reason to be cautious after the Wall Street Journal reported Fed officials are considering whether to strike a wait-and-see attitude after a likely rate increase at their meeting in December.

The dollar index .DXY, which measures the greenback against a basket of six major peers, was virtually flat at 96.802. The index shed 0.3 percent during the previous session, closing at one-week low and down 0.9 percent from a 17-month peak hit on Nov. 12.

The benchmark U.S. 10-year Treasury yield US10YT=RR was last at 2.896 percent after dipping overnight to its lowest level since late August.

The dollar has slipped after Fed Chairman Jerome Powell said last week that U.S. interest rates were nearing neutral levels, which markets interpreted as signaling a slowdown in rate hikes.

If the Fed raises interest rates as expected at its Dec. 18-19 meeting, it would be the fourth hike this year, and investors are focused on how much further the tightening cycle has to run.

Interest rate futures implied traders see no more than one rate increase from the Fed in 2019, compared with previous expectations for possibly two rate hikes, according to CME Group’s FedWatch program.

The single currency had gained 0.3 percent against the dollar during the previous session while the yen rose about a quarter of a percent.

The Canadian dollar sat at C$1.3388, basically unchanged from Thursday’s close. The loonie had hit a 1-1/2-year low of C$1.3445 against the greenback overnight after the Bank of Canada suggested the pace of future rate hikes could be more gradual.

The greenback has been pressured this week by an inversion in part of the U.S. yield curve seen as an early warning sign for a potential recession.

The spread between the two-year and five-year U.S. Treasury yields inverted this week and the two-year/10-year spread was at its tightest in more than a decade amid a sharp fall in long-term rates.

Historically, the economy has taken anywhere between 12 months and 24 months to fall into a recession when the yield curve inverts.

Some market participants believe the dollar index may have peaked out, State Street’s Wakabayashi said.

Financial institutions and companies usually take extra efforts to fund their operations over the year-end, which often leads to increased demand for the dollar as its the world’s most liquid currency, but Wakabayashi believed it was less pronounced this year.

“The dollar funding over the calendar year-end hasn’t really been as aggressive as we’ve seen in the past few years,” he said. “If the natural demand does not seem to be appearing in the market, then I think the people who are holding on to those dollars may look to unwind some of those trades.”