TOKYO (Reuters) – Downward-spiraling bond yields and other potential signs of global recession have strung a tightrope for the Bank of Japan: it must keep pumping money aggressively to spur growth, but also prevent borrowing costs from sliding too far below the target. 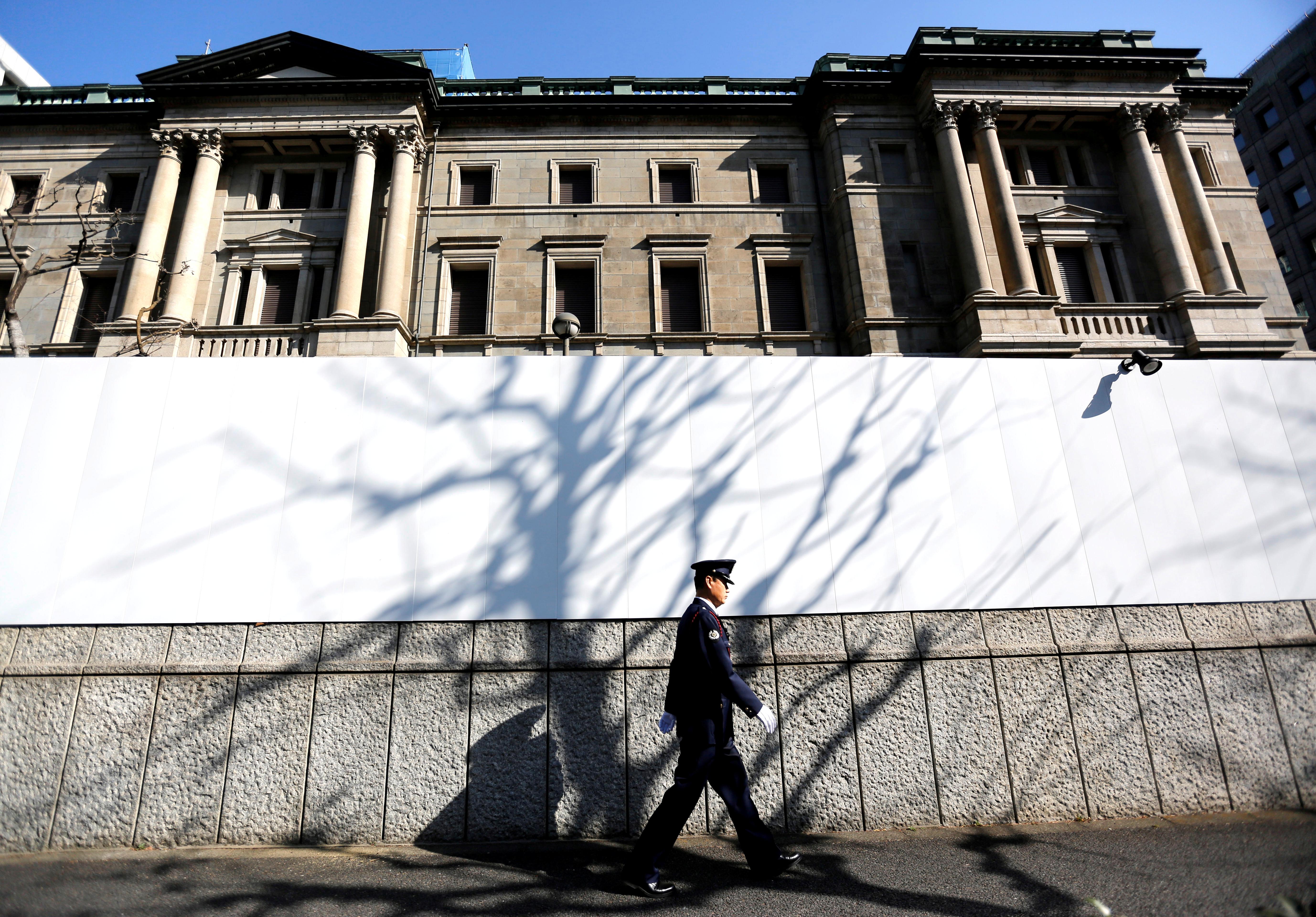 If yields keep falling, they could force the BOJ to take a deeper look at the feasibility of yield curve control (YCC), some analysts say. The policy, aimed at preventing long-term interest rates from sliding too much, is a centerpiece of the bank’s efforts to stabilize the Japanese economy.

“The BOJ is powerless in stopping yield falls. It’s a key flaw of YCC, which becomes dysfunctional when markets are too volatile,” said Takahide Kiuchi, a former BOJ board member and an executive economist at Nomura Research Institute.

“The BOJ may review YCC as early as September, as leaving yield declines unattended would hurt the policy’s credibility,” Kiuchi added.

The BOJ has flooded the economy with money since 2013, and has pledged to increase the pace of money printing until inflation is stable above 2%.

But it concedes that pushing down borrowing costs too much could diminish the impact of monetary easing, as it hurts commercial banks and discourages them from lending.

Under YCC, the BOJ guides short-term rates at -0.1% and allows the 10-year Japanese government bond (JGB) yield to move roughly 40 basis points around a 0% target. Market players have perceived -0.2% as the central bank’s line in the sand, analysts say.

But defending that number has proved tricky.

A modest cut in the BOJ’s bond buying on Friday did little to push up the 10-year JGB yield JP10YTN=JBTC, which briefly hit a three-year low of -0.255% on Friday.

As Japanese yields fall, driven by global factors beyond the central bank’s control, it won’t seek to defend a specific level.

Instead, the bank will allow market forces to drive bond moves as much as possible, said two sources familiar with its thinking, who declined to be identified because they were not authorized to speak to the media.

But letting yields slide too far from the target would erode the credibility of BOJ policy, they said.

Theoretically, the BOJ could keep reducing bond buying to stem yield falls. It could also set a minimum yield for its bond-buying operations and refuse offers by financial institutions to sell at a lower rate.

“There are tools the BOJ can use in case it needs to contain yield falls,” one of the sources said.

These measures, however, aren’t as powerful as the central bank’s tool to cap bond yields, which is to offer to buy an unlimited amount of bonds at a set price, said Shigeto Nagai, head of Japan economics at Oxford Economics.

“The difficulty of preventing yield falls under YCC was something the BOJ has internally discussed since putting the policy in place,” said Nagai, who was an executive at the central bank when YCC was introduced in 2016.

Reducing bond buying would also cut against the BOJ’s pledge to pump money aggressively into the economy to prop up growth and inflation.

The Federal Reserve and the European Central Bank are considering rate cuts. If the Bank of Japan appears to be the least dovish among the major central banks, that could create an unwelcome yen spike that hurts the country’s exports.

Japan’s economy grew an annualized 1.8% in April-June, but analysts expect growth to sputter this year unless global demand rebounds quickly enough to offset an expected dip in consumption after a sales tax increase in October.

“The only way to stop yield falls is to dramatically trim bond buying. But that’s hard to do because the BOJ also promises to increase money printing,” said Kazuo Momma, a former BOJ official and an executive economist at Mizuho Research Institute.

“Markets are testing the BOJ’s resolve to defend the floor for yields, but I don’t think the BOJ has a clear idea on how to deal with this problem,” Momma said. “From here on, it’s probably trial and error for them.”