BRUSSELS (Reuters) – The president of the European Central Bank told the Italian finance minister at a closed-door meeting that Italy’s high debt requires a degree of fiscal discipline that goes beyond what is mandated by EU regulations, two EU sources said. 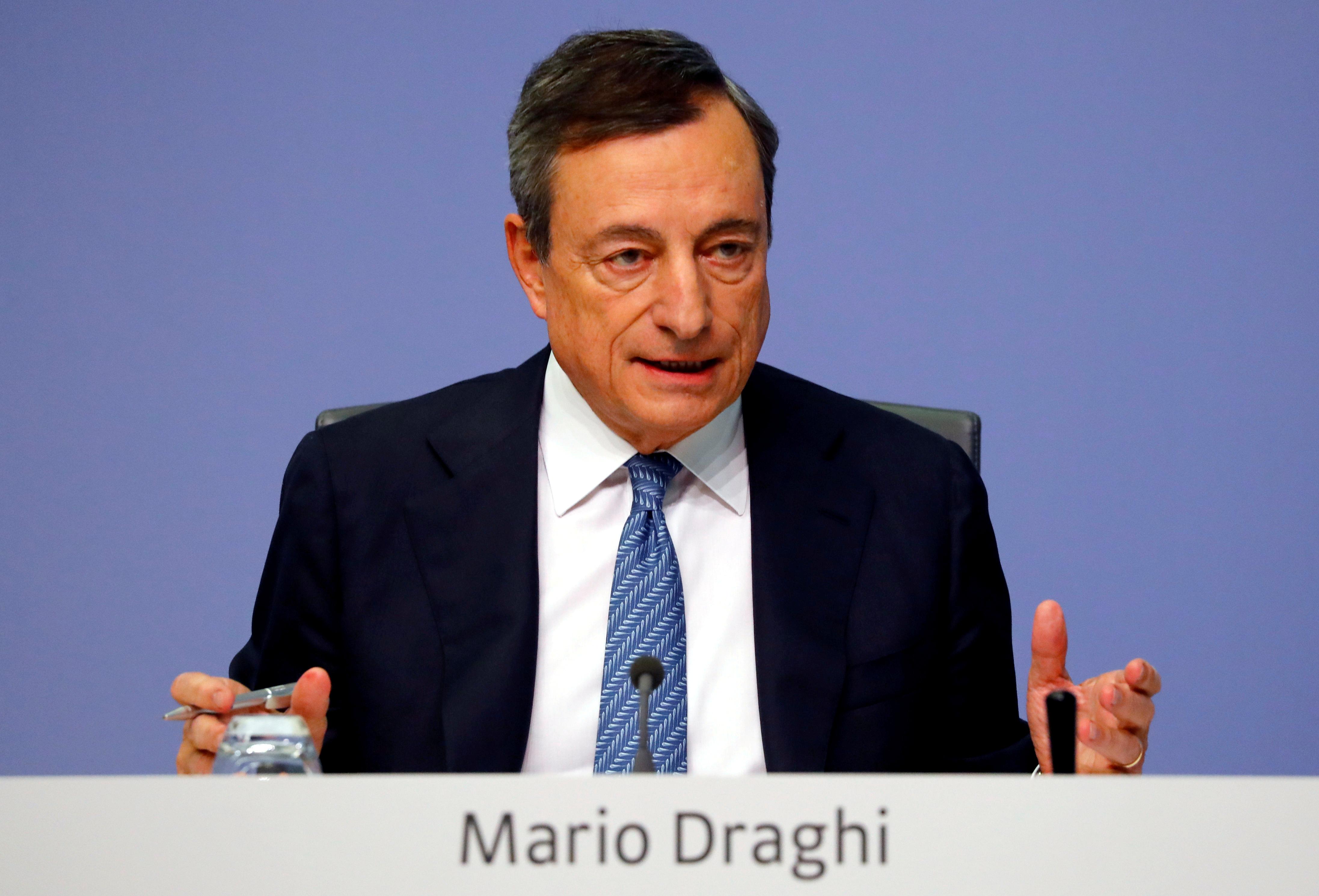 Mario Draghi spoke at a gathering of euro zone finance ministers on Monday during which the Italian government’s expansionary budgetary plans were criticized by the other countries of the bloc for being in breach of EU fiscal rules.

At the meeting, Draghi – a former Italian central bank governor – warned that Italy’s high debt and low growth would require a level of responsibility that “goes beyond EU rules,” two officials told Reuters.

Draghi had publicly warned Rome in October that a sell-off in Italian government bonds, which followed the budget dispute with Brussels, would dent the capital of Italy’s banks, which own some 375 billion euros ($430.80 billion) of that paper.

An ECB spokesman declined to comment on this story.

The European Commission said in the meeting that it was considering a disciplinary procedure against Rome, which could lead to sanctions, if Italy’s draft budget for next year were not changed by a Nov. 13 deadline. Later, it confirmed this position publicly.

Euro zone states backed the Commission and urged Italy in public and in private to revise its budget and bring it in line with EU rules.

Some finance ministers said they were worried that the higher borrowing and spending plan in the euro zone’s third largest economy might threaten the single currency and slow deeper euro zone integration.

Italy’s eurosceptic government triggered an unprecedented clash with the EU last month when it floated a budget envisaging a rise in the structural deficit by 0.8 percent of GDP next year rather than the 0.6 percent of GDP decrease stipulated by EU rules.

Peer pressure did not appear to have changed Tria’s mind. When he left the meeting, he said Italy was not planning to change the budget.

But at the closed-door meeting, he seemed more conciliatory, the sources said, adding that he did not oppose a joint statement of euro zone finance ministers which called for a revised Italian budgetary plan.

Replying to the criticism on the budget, he told ministers: “I am an economist and a politician, but I am here as a politician,” two EU sources told Reuters.

“Tria has consistently said publicly that he is available for a dialogue with EU institutions,” his spokeswoman said.

Tria had initially aimed at a nominal deficit of 1.6 percent of GDP for next year, sources had said, but he eventually settled for a 2.4 percent target deficit in the face of pressure from the co-ruling parties, the anti-establishment 5-Star and the far-right League.

An Italian source said on the sidelines of Monday’s meeting that Rome was working for a compromise, underlining however that it was too early to say whether this could involve changes to the budget’s numerical targets.

Tria publicly insists his expansionary fiscal plan will boost growth – which was flat in the third quarter – and cause a reduction of Italy’s huge debt, which stands above 130 percent of GDP, the highest ratio in the EU after bailed-out Greece.

The Commission has instead raised doubts about the trajectory of Italian debt. On Thursday the EU executive will release its quarterly economic forecasts which are expected to show a less optimistic scenario than the 1.5 percent GDP growth in 2019 predicted by the Italian government. Estimates of lower growth would translate into a higher debt and deficit.