Turkish president says Riyadh has many questions to answer over the assassination of Saudi journalist Jamal Khashoggi. 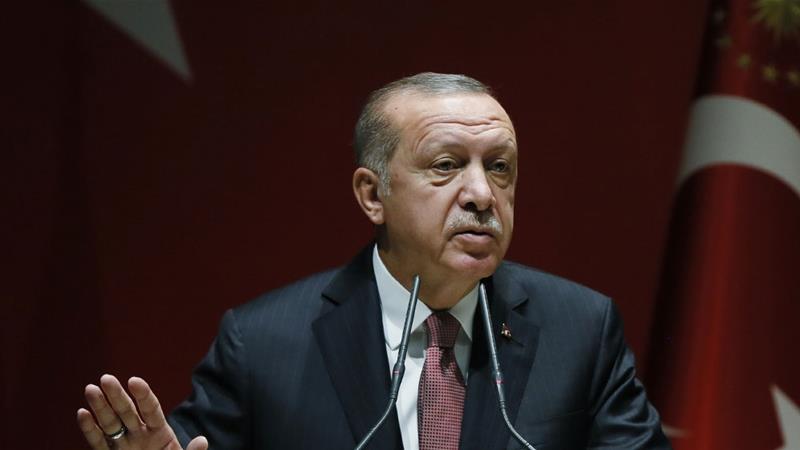 Turkish President Recep Tayyip Erdogan has said the order to kill journalist Jamal Khashoggi came from the “highest levels” of the Saudi government, but that he does not believe King Salman was to blame.

In an opinion piece published by US newspaper The Washington Post on Friday, Erdogan called on Saudi Arabia to answer outstanding questions concerning the 59-year-old’s assassination last month.

“We must reveal the identities of the puppet masters behind Khashoggi’s killing,” Erdogan said, adding that Ankara had “moved heaven and earth to shed light on all aspects of this case”.

“We are shocked and saddened by the efforts of certain Saudi officials to cover up Khashoggi’s premeditated murder, rather than serve the cause of justice, as our friendship would require,” he said.

Khashoggi, a former Washington Post columnist and critic of the powerful Saudi Crown Prince Mohammed bin Salman, also known as MBS, was killed in the kingdom’s consulate in the Turkish city of Istanbul on October 2. His body remains missing.

On Wednesday, a Turkish prosecutor said Khashoggi was strangled and dismembered soon after entering the building.

Turkish media outlets have named 15 Saudi suspects who flew into Istanbul and left on the same day the journalist was last seen.

A joint Turkish and Saudi probe into his fate has made little progress to date, however.

The Saudis have also launched their own investigation, vowing to “uncover every stone” and “punish” those who are responsible.

On Friday, Erdogan expressed dismay that Khashoggi’s body has not been found and urged Saudi officials to explain who ordered the killing and identify the “local collaborator” to whom Saudi officials said they handed over his remains.

“Unfortunately, the Saudi authorities have refused to answer those questions,” Erdogan said.

In an apparent sign of cooperation, a top Saudi prosecutor flew to Turkey on Sunday and met Istanbul’s chief prosecutor a day later.

Turkey’s justice minister has since accused the Saudis of failing to answer questions regarding the case, however.

“Though Riyadh has detained 18 suspects, it is deeply concerning that no action has been taken against the Saudi consul general, who lied through his teeth to the media and fled Turkey shortly afterwards,” Erdogan said.

“Likewise, the refusal of the Saudi public prosecutor – who recently visited his counterpart in Istanbul – to cooperate with the investigation and answer even simple questions is very frustrating. His invitation of Turkish investigators to Saudi Arabia for more talks about the case felt like a desperate and deliberate stalling tactic,” he added.

Etyen Mahcupyan, a Turkish political analyst and former adviser to ex-Turkish Prime Minister Ahmet Davutoglu, said Erdogan tried to take an aggressive stance in his op-ed while keeping one eye on maintaining good relations with Riyadh.

“He doesn’t want to disrupt everything and lose Saudi Arabia,” Mahcupyan said.

“He’s kind of threatening Saudi Arabia, maybe blackmailing a bit in a soft way, but he’s giving the message that Turkey wants to go on with having good relations with Saudi Arabia,” he added.

“It gives leverage to Turkey to be used by Erdogan, but it’s not something very ideological or something that will cost him his principles. This is foreign policy.”

At points, Erdogan also displayed more conciliatory language in the op-ed, stressing the “friendly relations” between Ankara and Riyadh and stating that he had “no reason to believe that this murder reflected Saudi Arabia’s official policy”.

He previously accused Saudi officials of pre-planning Khashoggi’s murder days in advance of October 2 and said Turkish authorities had more evidence, which would be made public “when the time comes”.

‘Keeping Khashoggi in the headlines’

Hilal Kaplan, a columnist at pro-government Turkish newspaper Daily Sabah, said that Erdogan’s piece was part of his attempt to keep the Khashoggi case in the international spotlight.

She noted that Turkey has consistently shed light on many details in the case by ensuring information was steadily leaked to the media over the past month.

“With this communications strategy, Turkey was able to control the narrative and keep the Khashoggi murder in the headlines while the public debate continued as the investigation moved along,” Kaplan said.

“This pressured the Saudis to accept the fact that this was a premeditated murder,” she added.

“They were in flat denial at first, but then after changing their story several times, they had to accept [this fact].”

Kaplan added that although Erdogan didn’t mention the crown prince’s name, the Turkish president implied in the op-ed that MBS was responsible for ordering Khashoggi’s killing.

“The crown prince most probably knew about this, he ordered this. At least five of the 15 members of the death squad are in the royal guard. And the head of the death squad, [reportedly] made four calls to MBS’ office on the day of the murder,” she said.

“All evidence points to him, not anyone else.”

US media reported on Thursday that MBS described Khashoggi as a “dangerous Islamist” in a phone call with Jared Kushner and John Bolton, US President Donald Trump’s son-in-law and national security adviser respectively, days after Khashoggi’s disappearance and before Saudi Arabia publicly acknowledged his killing.

Kaplan said that the call, which was reported by the New York Times and The Washington Post, was an attempt by MBS to justify Khashoggi’s killing.

Saudi Arabia has denied the veracity of the reports.

Trump, who has described the Saudi handling of Khashoggi’s killing as “the worst cover-up ever” suggested last week that MBS bears ultimate responsibility for the operation that led to the murder of the journalist.

When questioned about the crown prince’s possible involvement during an interview with US newspaper The Wall Street Journal, Trump said: “the prince is running things over there more so at this stage”.

“He’s running things and so if anybody were going to be, it would be him,” he said.

Saudi officials have denied MBS had any knowledge of Khashoggi’s killing or its subsequent cover-up.

With reporting from Mersiha Gadzo in Istanbul 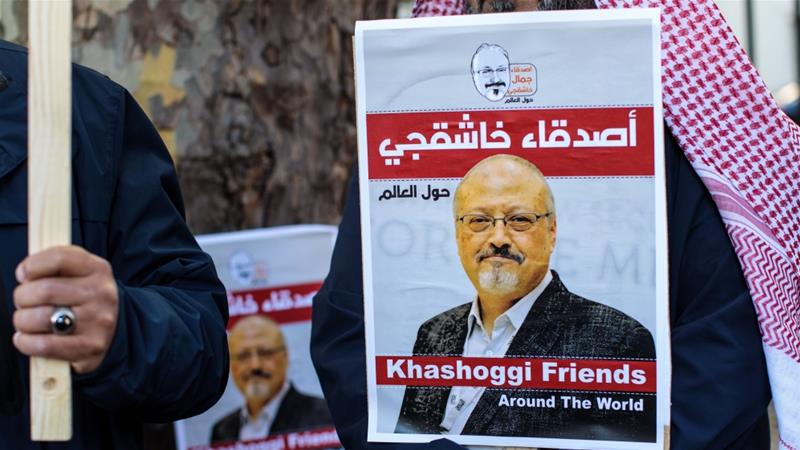 Will the body of Saudi journalist Jamal Khashoggi ever be found?