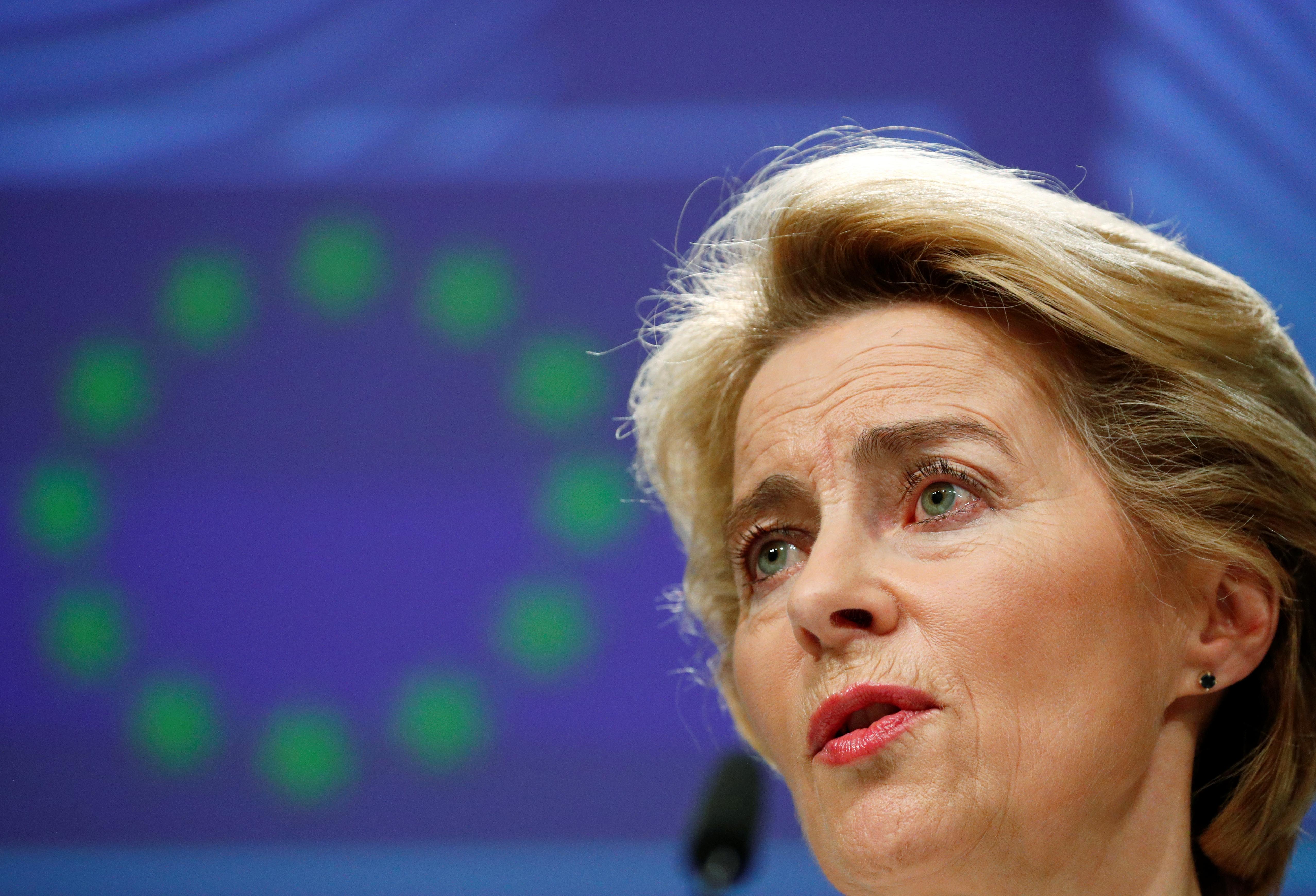 BRUSSELS (Reuters) – The head of the European Union’s executive arm, German conservative Ursula von der Leyen, said on Wednesday she was concerned about the “severe cuts” proposed for the bloc’s long-term budget from 2021.

European Commission head von der Leyen was commenting on the most recent proposal by current EU president Finland, as a tug-of-war between the bloc’s member states drags on over their joint spending for 2021-27.

The Finnish proposal to cap the budget at 1.07% of the bloc’s gross national income (GNI) came in below the ceiling of 1.11% put forward by the Commission but above the 1% level pushed by the biggest net payer Germany.