LONDON (Reuters) – Euro zone business growth slumped to a two-year low in October as growing trade tensions and tariffs, alongside rising political uncertainty, put a dent in exports and optimism, a survey showed on Tuesday. 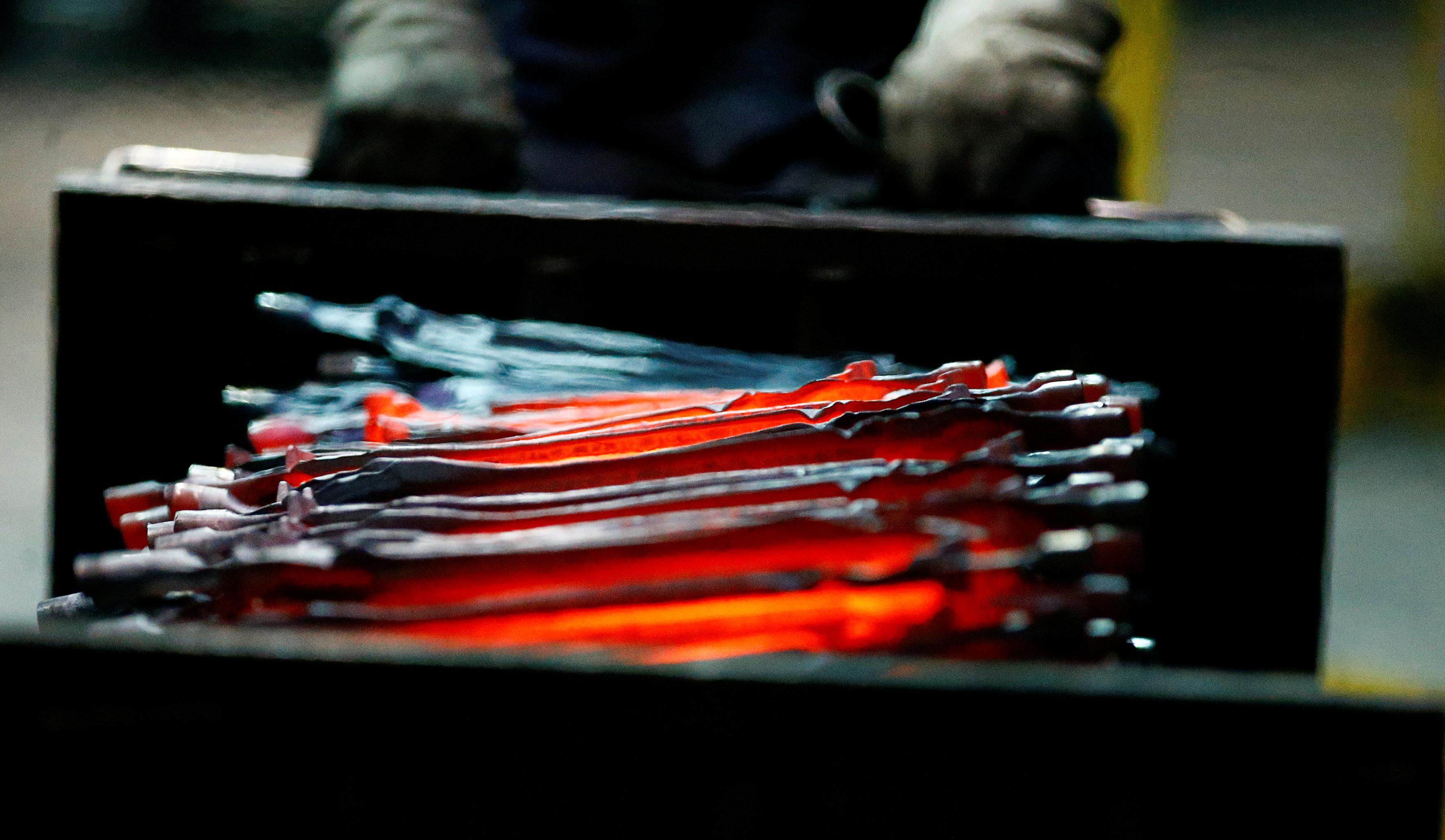 However, while survey and official figures on Tuesday showed the slowdown is relatively widespread, the clouds over the euro zone are not as dark as recently feared.

Any positive signs will be welcomed by policymakers at the European Central Bank as they look to halt their 2.6 trillion euro asset purchase program by the end of the year, shutting off one of the main sources of stimulus to the euro zone economy.

But it was above a 52.7 flash estimate and still comfortably higher than the 50 mark which separates growth from contraction.

And the final German services PMI was revised up to 54.7 from a preliminary reading of 53.6 – one of the biggest upward adjustments in the survey’s history.

Activity in France accelerated as companies stepped up hiring after an increase in new business and Spain’s service sector expanded at its fastest rate since June, also supported by growth in new business, earlier PMIs showed.

“October’s PMI data suggests that most of the major euro zone economies will perform a little better in Q4 than in Q3,” noted Jack Allen at Capital Economics.

As a whole, the bloc’s economy expanded 0.2 percent in the third quarter, official data showed late last month, and a Reuters poll predicted it would be 0.4 percent this quarter.

But Italy’s service sector contracted for the first time in more than two years last month in a sign the euro zone’s third largest economy is struggling.

Markets barely moved after Tuesday’s releases as traders braced for mid-term elections in the United States and some potentially lively sessions ahead.

Muddying the outlook for the region, Italy’s government is in a stand-off with the European Commission over its borrowing and longstanding German Chancellor Angela Merkel has said she would not be seeking re-election as head of her party.

Whether Britain and the European Union part ways amicably and an ongoing trade war between the United States and China also took its toll on business optimism. The future output index fell to a near four-year low of 60.5 from 62.1.

“There are clearly negative headwinds coming from the fears of trade protectionism and stock markets have had a bit of a wobble,” Nixon said.

“But the headline falls we have seen in GDP and some of the survey data are massively overstating the effect of those headwinds.”

A sister survey on Friday showed factory activity in the euro zone grew at its weakest pace in more than two years last month as export orders fell for the first time since late 2014 and the latest release suggests the slowdown is enveloping the bloc’s dominant services sector.

Adding to evidence of a slowdown, new business growth was at its second lowest since the start of 2017. The sub-index registered 53.9, down from 54.8 in September.