BRUSSELS (Reuters) – Consumers in the euro zone returned en masse to shops in May as lockdowns were eased in the bloc, estimates from the EU statistics agency showed on Monday, signalling a sharp recovery of sales after record drops in March and April. 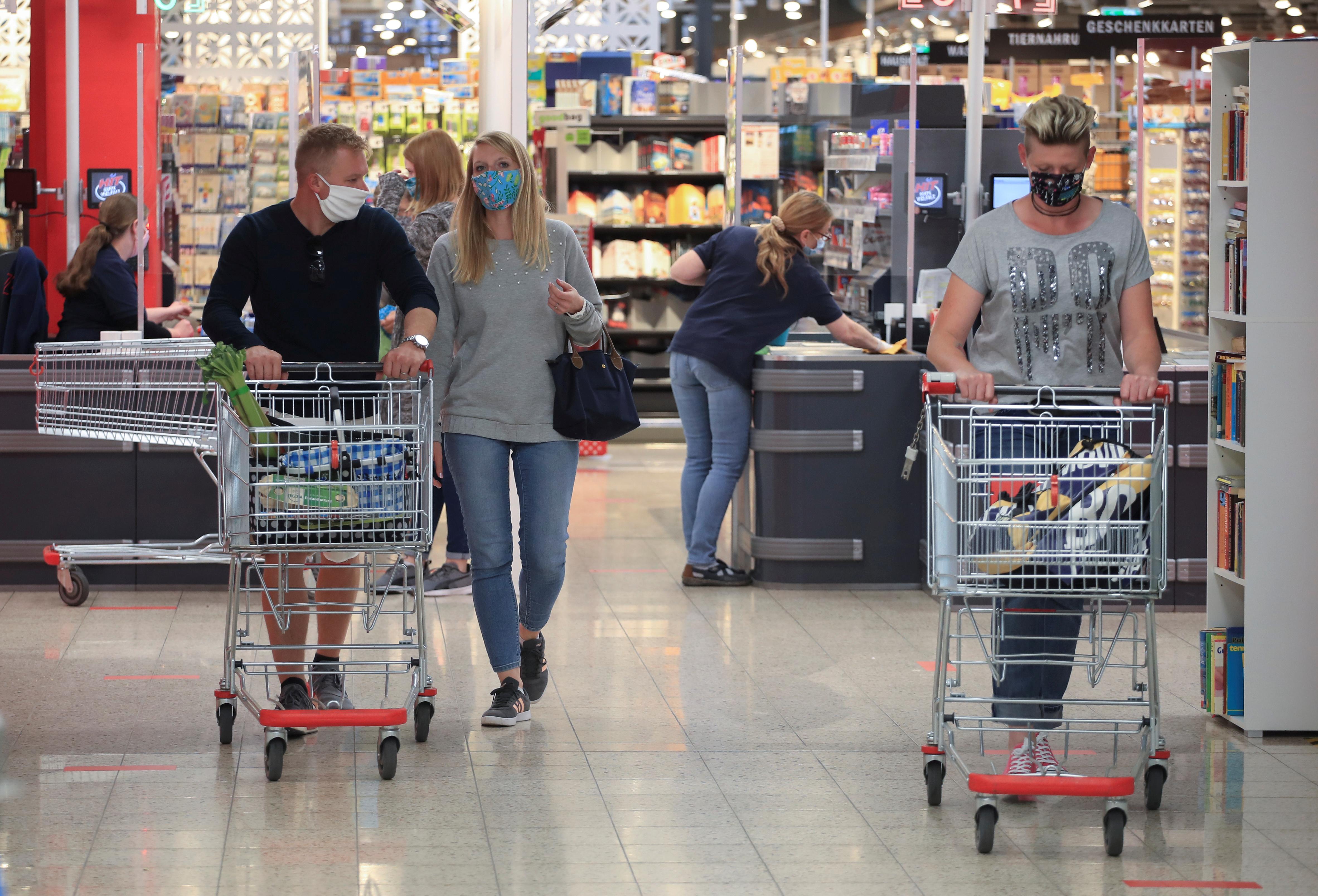 Sales in the 19 countries sharing the euro zone rose by 17.8% in May from April, Eurostat said, in the steepest increase since euro zone records for retail sales began in 1999.

The rise was higher than market expectations of a 15% rise on the month.

Compared to a year earlier, sales were still down 5.1% in May, showing the recovery is far from complete. But the year-on-year drop was less steep than the 7.5% fall forecast by economists polled by Reuters.

The month-on-month rise in May partly offset the record falls posted in the previous two months, with the volume of retail trade dropping by a record 12.1% in April and by 10.6% in March, Eurostat’s revised data showed on Monday.

The agency had previously estimated a 11.7% month-on-month fall in April [nL8N2DH1ZR].

Sales of clothes and footwear, the sector most hit by reduced trade during the pandemic, posted a 147.0% increase in May from April, although were still down 50.5% year-on-year.

Shoppers also increased by 38.4% their purchases of fuel for cars. Trade of electrical goods and furniture shot up by 37.9%. Books and computer equipment posted a 26.8% rise in sales.

Online sales kept growing by 7.0% in May. They were the only retail sub-sector in the euro zone that did not suffer any drop in trade during lockdowns.

Among the largest euro zone countries, retail sales went up by 13.9% in Germany and by 25.6% in France. May data for Italy were not available.