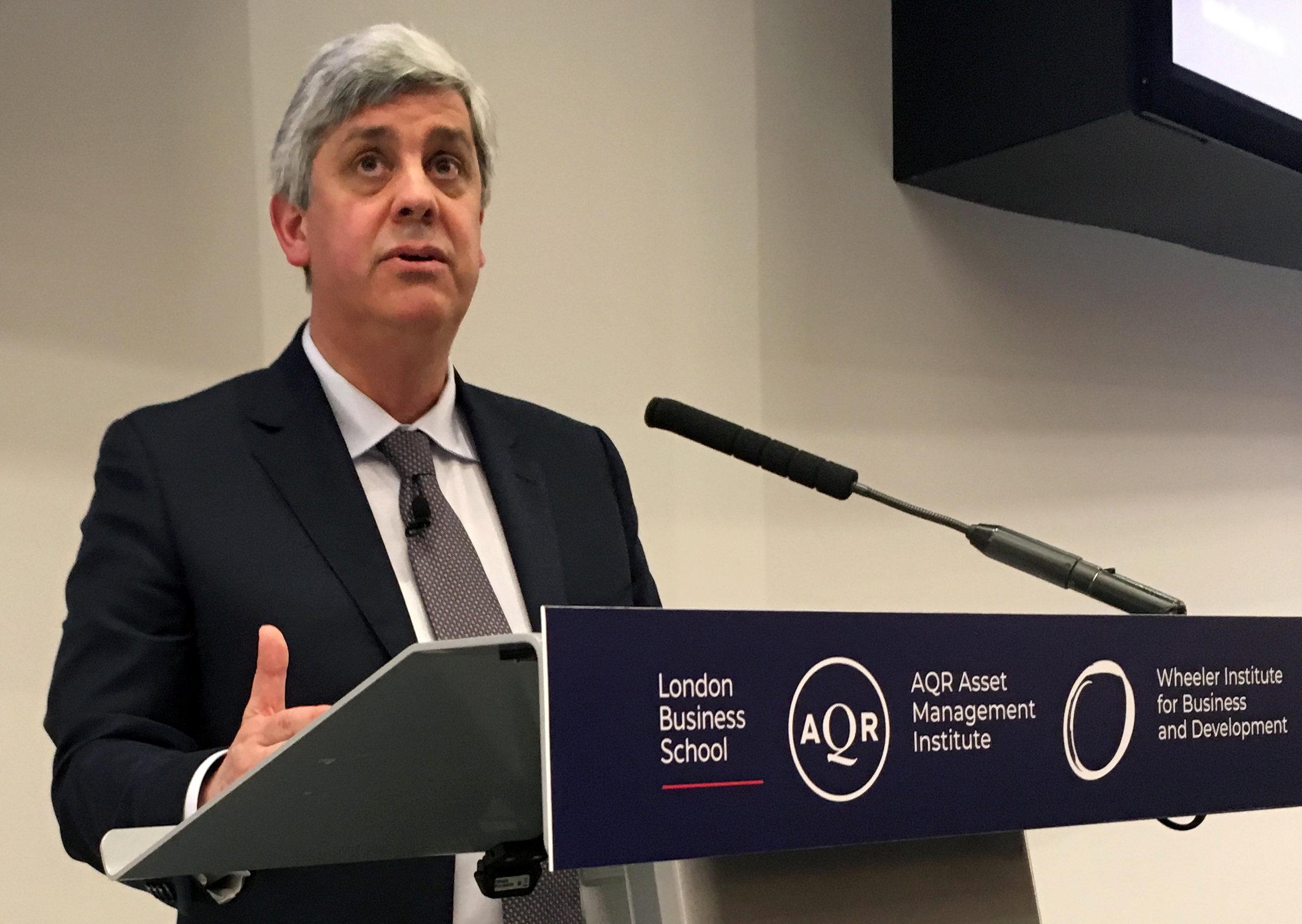 LONDON (Reuters) – Germany should use its fiscal leeway to help foster an economic recovery, particularly in the manufacturing sector, Mario Centeno, head of the Eurogroup of euro zone finance ministers, said on Tuesday.

Italy needs to deliver on its budget promises, but Germany can deploy some of its massive budget surplus to boost growth, he told an audience in London.

“It is of course high time for budget execution and delivery in Italy. We must see some delivery there. In Germany it is time to use the leeway to foster a recovery in particular of the manufacturing sector,” he said.

In response to a question on the viability of a European Safe Asset, he said “Yes we need to develop such an asset. It’s not really today on the agenda, that debate, but I hope in the future we will be able to raise it to that level.”

The term “safe asset” refers to the idea of issuing financial instruments backed by euro zone countries as a way of furthering integration.