(Reuters) – European shares rose for the first time in three sessions on Monday, bouncing from a Wall Street-led rout in technology stocks in the previous week as investors focused on economic green shoots and COVID-19 vaccine developments. 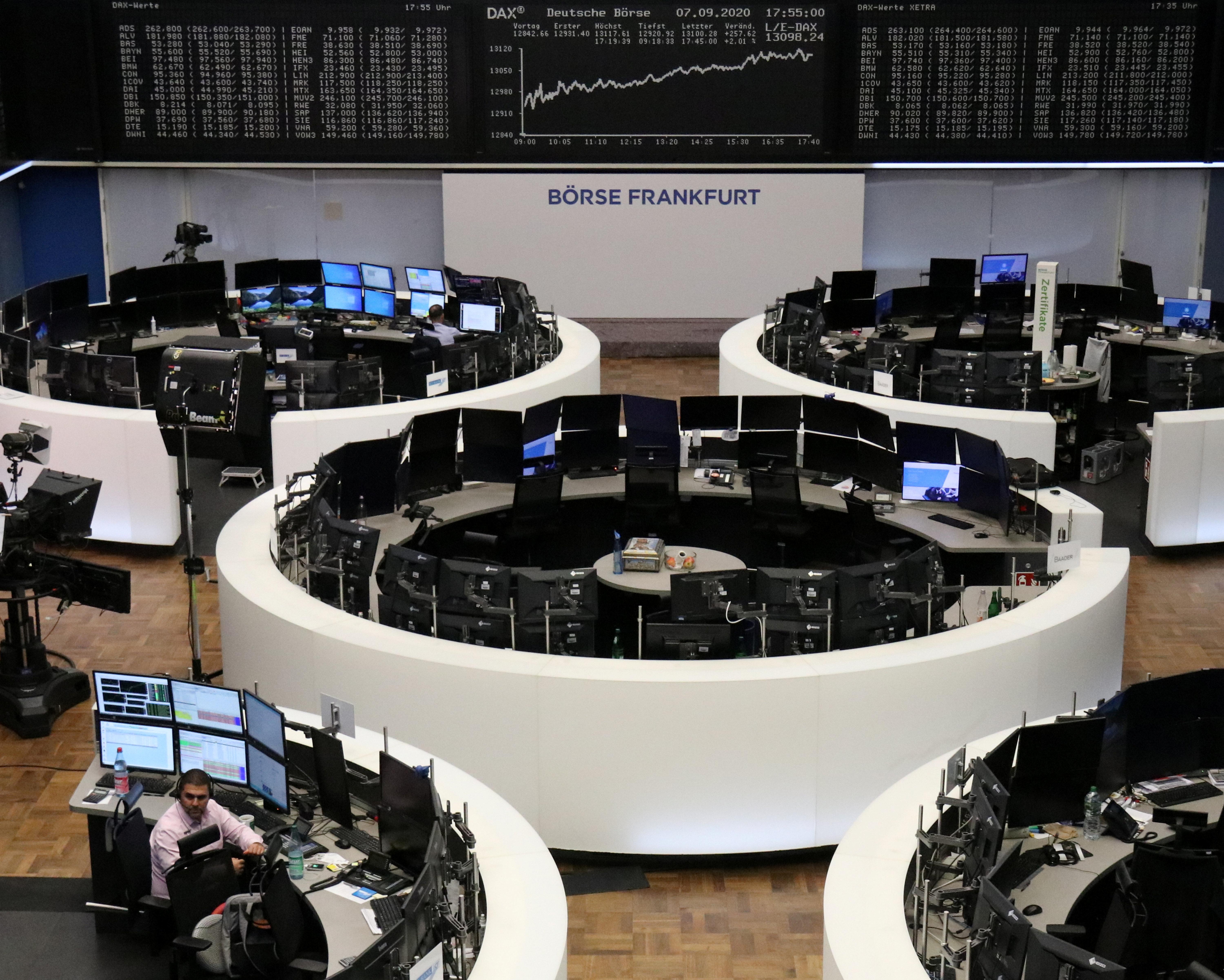 Australia expects to receive its first batches of a potential COVID-19 vaccine in January after a deal was struck with CSL (CSL.AX) to manufacture two vaccines, one developed by rival AstraZeneca (AZN.L) and Oxford University, and another in CSL’s own labs with the University of Queensland.

Sanofi (SASY.PA) rose 2.4% after it said a coronavirus vaccine it is developing with Britain’s GlaxoSmithKline (GSK.L) was likely to be priced at less than 10 euros.

Autos .SXAP led sectoral gains in Europe after analysts at JP Morgan said the overall tone for production outlook in the European autos sector was “upbeat”, following their meetings with industry leaders.

The STOXX 600 has remained stuck in a tight range since June, as a euro zone economic recovery appeared to be losing steam.

Markets also got a lift from data showed China’s exports rose the most in nearly 1-1/2 years in August in a sign that more of its trading partners, such as the euro zone, were reopening their economies.

“The Chinese export news helped and the absence of the U.S., helped erase some of the bearish sentiment that arose at the end of last week,” said Connor Campbell, analyst at spreadbetter Spreadex.

U.S. markets were closed on Monday for the Labor Day holiday.

“German industry eked out a meagre increase in production in July, leaving output still well below its pre-crisis level. Production is likely to have increased again in August, but we now seem to be past the period of rapid catch-up growth,” said Jack Allen-Reynolds, senior Europe economist at Capital Economics.

Dechra Pharmaceuticals (DPH.L) jumped 6.9% to a record high after its profit beat expectations.